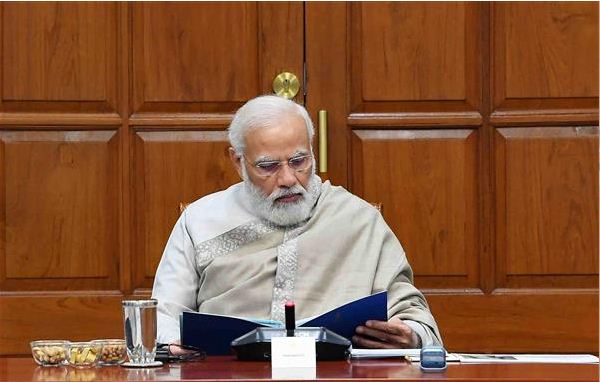 Prime Minister Narendra Modi on Thursday chaired the BJP’s poll meeting to decide on the names of the candidates for 172 seats for next month’s Uttar Pradesh Assembly election.

The meeting was at held BJP’s Delhi headquarters and PM Modi was attended the crucial meeting virtually.

The final list of candidates will be out soon but the party has almost decided to field Yogi Adityanath from Ayodhya.

Earlier in the day, the Congress has announced its first list of candidates.

Amid rebellion crisis in the BJP, the party deputy Keshav Prasad Maurya said that the BJP will win the 2022 election by a bigger margin than its 2017 triumph.

A flurry of exits that started with Swami Prasad Maurya’s sudden resignation on Tuesday has not ended on Thursday as many 8 MLAs and three ministers quit team Yogi Adityanath.

There was also a discussion on Yogi Adityanath constituency where it is Mathura or Ayodhya. However, the sources confirmed that UP CM likely to contest from Ayodhya.

In 2017, the BJP had won 312 of UP’s 403 assembly seats. While, Akhilesh Yadav’s Samajwadi Party was not even in the race with 47 seats and the Congress won just seven.

Facebook
Twitter
Pinterest
WhatsApp
Linkedin
ReddIt
Tumblr
Telegram
Mix
Previous articleOmicron Covid Care Kit: Keep THESE important things with you to carry on during this wave
Next articleSTL and Robin.io enter into a Strategic Collaboration to Deliver Core Technologies to Empower 5G Stacks for Enterprises and Cloud Service Providers