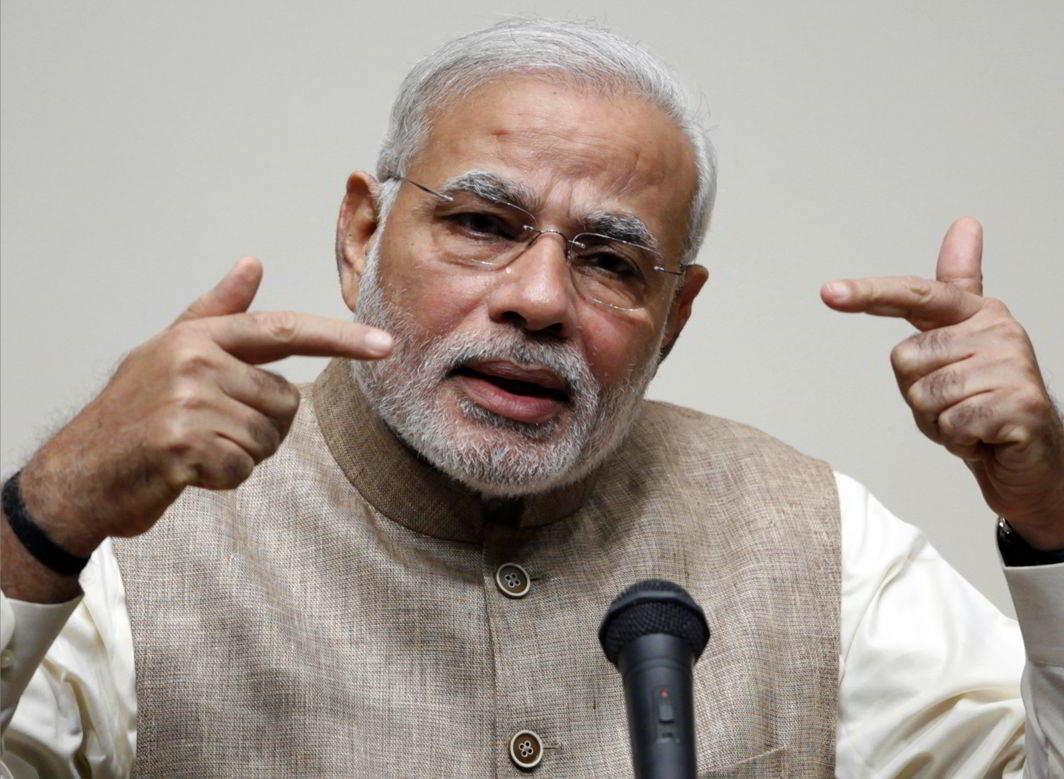 Prime Minister Narendra Modi on Saturday dwelt upon India’s improved ranking in World Bank’s ‘ease of doing business’ index and said implementation of GST would give it a further boost. He was chairing a session of the India’s Business Reforms event at the Pravasi Bharatiya Kendra in New Delhi.

“I sense a well deserved mood of celebration here, World Bank has recognised stupendous work done by us towards ease of doing business,” said PM Modi while beginning his address.

Without going into specifics or details of basis on which the ease of doing business index rank was questioned, PM Modi attacked the Opposition saying had this ranking been achieved earlier, India would have been a better nation by now. He added, “Instead of questioning the ranking on the respective World Bank index, we should strive towards making India a better nation.” (Read Fine-print of India’s improved EoDB ranking is disturbing, Start Ups faltering)

“Kuch logon ko bharat ki ranking 142 se 100 hone ki baat samajh nahi aati hai, inko fark nahi padtam, (Some people do not understand the impact of India’s ranking going up from 142 to 100, they are unconcerned about it)” the PM said, adding, “Aur isme kuch log aise hain jo pehle World Bank mein reh chuke hain. Vo aaj bhi Bharat ki ranking pe sawal utha rahe hain (some of these people are those who have been with the World Bank in the past, who are raising questions on India’s ranking even today).”

“World Bank has recognised our efforts,” the PM said. Whereas there has been criticism of haphazard implementation of GST negatively impacting businesses, Modi said that India’s index would have been even better if post GST phase had been taken into account. The index was based on reforms taken only till May-end.

The GST has not just integrated the nation of 1.2 billion into one market with one tax rate but also provided a stable and transparent taxation regime, he said. This reform plus others that have already happened but need gestation and stabilisation time before they are taken into account by the World Bank, will improve the ranking, he said.

All these combined give confidence that India will accompany a place of pride in World Bank’s report next year and the year thereafter, he said.

Modi said, “India is swiftly changing for the better. I wish to list some more global recognitions which indicate this:

“Our mantra of reform, perform and transform with help from World Bank will surely create a better nation,” the PM said. He also said that a group of ministers is looking into issues raised by traders and businessmen regarding the tax reform and the GST Council will make the necessary changes in its next meeting on November 9-10.

Talking about employment in the country, while joblessness has grown, PM Modi said, “We are a young country and job creation is an opportunity as well as a challenge.” “Small businesses are India’s largest employer. We must reduce cost of doing business,” he said.

He also spoke of foreign investment. “We are now among the most open economies for FDI. This has resulted in increased FDI inflow, which year after year is making new records. The FDI inflows of 55.6 billion US dollars for the year ending March, 2016 were an all-time high. The following year, India registered an FDI inflow of 60.08 billion US dollars, thereby scaling an even higher peak. As a result, the total FDI received in the country has gone up by 67% in a short span of three years,” said Modi.

“Technology should be used to improve governance. Efforts are being made to make India a technology driven society,” the PM said.

“Over last three years there has been a sea change in government response, both at the Central and state level. State governments are finding innovative ways to create a business-friendly environment. This is an exciting time,” he said, adding, “Competitiveness exists alongside cooperation (in state implementation of Ease of Doing Business). The Union government has done a lot on this front including resolved multiple regulatory policies to ease business industry.” “Along with manufacturing, we’re also pushing for more growth in infrastructure development and investment climate,” he said.

The 23-year-old Indian boxer loses the Women's Welterweight semi-final but managed to claim bronze on the 12th day of the Tokyo Olympics...
Read more

Indian Javelin thrower Neeraj Chopra qualified into the men’s final with a stunning throw of 86.65m at the Olympic Stadium on Wednesday.
Read more