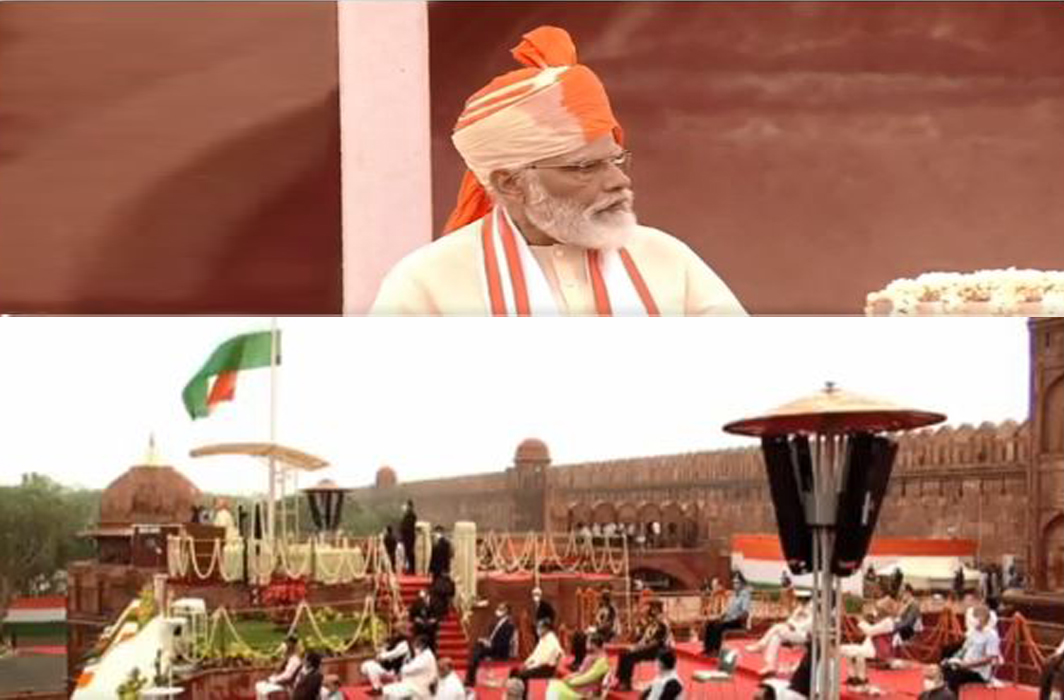 New Delhi: Prime Minister Narendra Modi today called for a total drive towards “Atmanirbhar Bharat” (self-reliant India) and said that this is developing into a movement of sorts, having caught the imagination of the people. He was addressing the nation on India’s 74th Independence Day from the Red Fort. This was the PM’s seventh straight Independence Day speech.

He said that this was the new “mantra” of a new India and that the ‘Make in India’ slogan is no more just that, but is being promoted at every level around the country. He said major companies of the world are now turning to India’s ability to make the products of the world in this country and that about 7,000 projects across sectors have been identified.

The PM’s fresh idea was to “remove silos and the entire country has to move towards multi-modal connectivity infrastructure.“

The PM also announced several new reforms, such as reviewing the age of marriage for the girl of India, a huge fund (Rs 1 lakh crtore, as announced earlier) for farmers, a new slogan ‘Vocal for local’. He also remembered Rishi Aurobindo Ghose, freedom fighter and spiritual philosopher whose birth anniversary falls today.

He hailed the service and sacrifice of freedom fighters and even the Corona Warriors of today. He said the country has the resolve to overcome this. He mentioned that the several research programmes in the development of a Corona vaccine are in full swing and India, too, would be in the forefront of cutting edge science in this area.

He said: “Three corona vaccines are in various stages of trial in India; large-scale production will begin once we get nod from scientists. Our roadmap to bring a corona vaccine to all Indians in the shortest possible time is ready.” he said.

Read Also: Kaniz Rabbi is Boosting Hope in the Time of Despair amid Pandemic

The other interesting and novel idea that the PM announced was that each Indian would soon have a health card. He announced the launch of a national digital health mission. This is operational as of today.