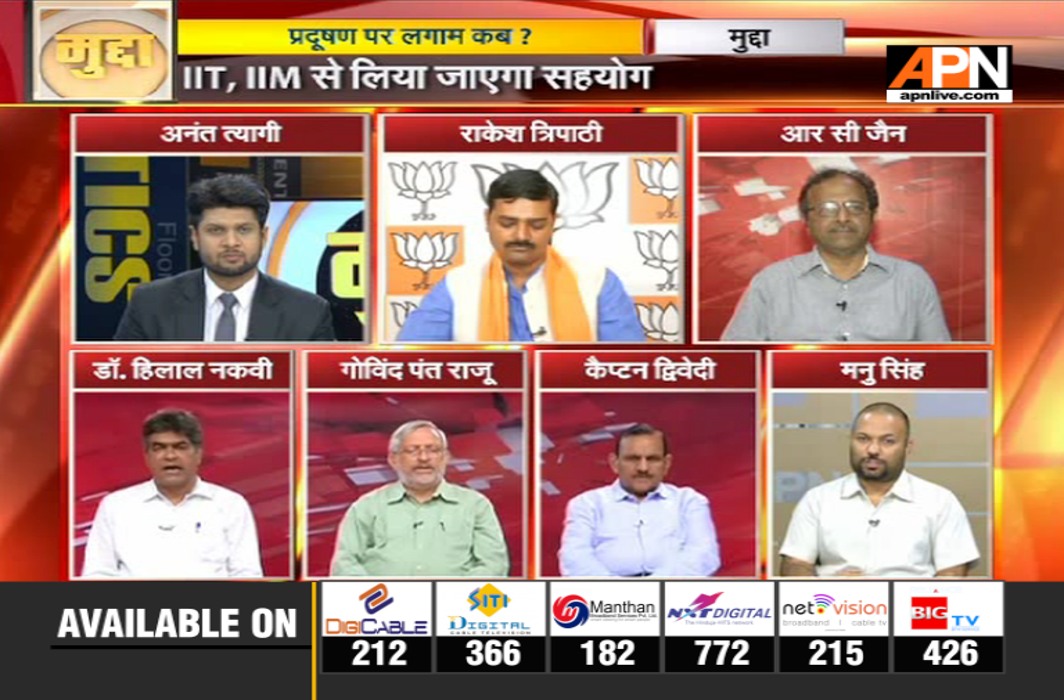 WHO report on pollution discussed in Mudda

The pollution level in Indian cities is a matter of rising concern. Out of 20 most polluted cities across the world, 14 are in India. World Health Organisation (WHO) has enlisted Delhi and Varanasi among these 14 cities in terms of PM2.5 levels in 2016.

Other Indian cities  marked in the list of most polluted cities  include;  Kanpur, Faridabad, Gaya, Patna, Agra, Muzaffarpur, Srinagar, Gurgaon, Jaipur, Patiala and Jodhpur followed by Ali Subah Al-Salem in Kuwait and a few cities in China and Mongolia.

The WHO data also said that nine out of 10 people in the world breathe air containing high levels of pollutants.

The World Health Organisation has called upon member-countries in Southeast Asia to aggressively address the double burden of household and outdoor air pollution, saying the region, which comprises India, accounts for 34 percent or 2.4 million of the seven million deaths caused by air pollution together globally every year.

Tripathi, the BJP spokesman, while participating in the debate said that 95 percent world population is forced to breath polluted air due to China’s industrialisation. However, he said that his party being in the government can’t escape from its responsibility.

He further said that government should put all efforts to minimise the pollution and suggested that people need to change their day-to-day habits for improving the environment. He also acknowledged that pollution could not become an issue of political discourse in the country.

Hilal Naqvi, the spokesman of Congress party, said that the daily waste should be recycled and not transferred for reducing the pollution level in the country.

Manu Singh, a renowned environmentalist, said that the implementation of the policies is defective. However, the policies in principal are made quite well. He said that there have been 23 similar alarming reports on scarcity of drinking water, natural disasters and other major issues including storms.  He advised that all countries have to work jointly to defuse the dangers posed by pollution. He said that the WHO report was alarming for India and serious efforts should be undertaken.

Jain, a prominent town planner, said that there is lack of will power at all levels. He advised that serious efforts with determination can resolve the serious issue of rising pollution. He informed that municipal body has started removing garbage in Varanasi.

Capt. Dwivedi said that a public awareness drive should be undertaken at larger level. He said that government’s plans will succeed if people participate in improving pollution level otherwise all plans will remain on papers.

“Will the economy recover by opening restaurants and temples?