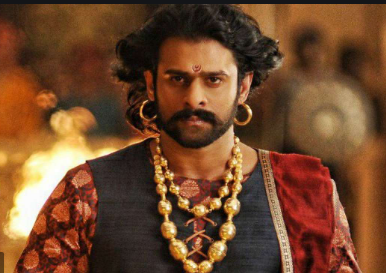 Baahubali actor Prabhas celebrated his 41st birthday today. As the clock struck midnight, the actors’ fans and well-wishers all across the country began sending their warm wishes. A trend of #HappyBirthdayPrabhas has started on social media. On the occasion of his birthday, the who’s who of the Indian film industry including popular Telugu actors Mahesh Babu, Rana Daggubati, among others have extended their wishes.

Mahesh Babu, one of the highest paid Telugu actors wished him happiness, peace and infinite success.

Rana Daggubati took to Instagram to wish his dearest friend. He shared a collage of their pictures and wished him the best.

Actors SS Karthikeya, Rakulpreet Singh, Kajal Aggarwal were among others who have also sent their birthday greetings.

The actor who stepped into Indian cinema with Telugu language action drama Eeswar (2002), has created a massive fan base in his span of career. The movies like Varsham, Darling, Chatrapathi and Mirchi, made him a superstar of Telugu cinema. But it was SS Rajamouli’s Baahubali franchise, which made him a pan India super star and darling of the masses.

The superstar is currently in Italy for the shoot of his upcoming film Radhe Shyam co-starring Pooja Hegde. It is being reported that the actor will be celebrating his birthday with the team members in Italy, where the team has organised a cake cutting session.

The team of Radhe Shyam has released a new poster from the film to make the day more special for the superstar.

On Thursday, the makers had also unveiled the first look poster of the actor from the film as a special birthday gift. He is featured as ‘Vikramaditya’ in the film.

Meanwhile, the actor was last seen in multilingual action drama ‘Saaho’ co-starring Shraddha Kapoor. He has many upcoming multi-crore projects in his kitty, such as ‘Radhe Shyam’, untitled movie with ‘Mahanati’ famed director Nag Ashwin and ‘Adipurush’.