Services is one sector that is the strength of India. While the country imports more in the domain of goods, in the sphere of services, it exports more. This sector highly contributes to the earnings coming to India in dollars as it links us to the world. Pradeep Agarwal, Oracle Senior director brings information about how IT services contribute to the lower trade deficit positively. Referring to an international trade example, Pradeep Agarwal explains the concept of trade deficit. He says, “The USA imports products made overseas for sale in their country. At the same time, it exports products for market overseas. So, countries are always trading back and forth with each other which has an effect on the trade balances of each country. A trade deficit occurs when a country’s imports exceed its exports.” 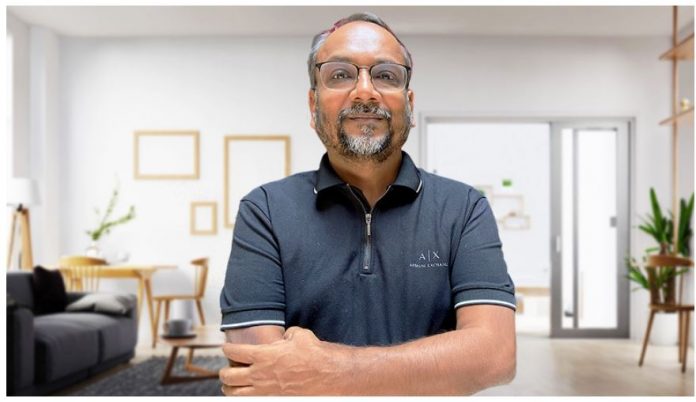 Further, Pradeep Agarwal expounds on the factors that cause a trade deficit. He cites, “When a country cannot produce enough to meet the needs of its population, the shortfall has to be met by bringing food in from abroad.” Adding to that the expert says, “Domestic companies make most of their production facilities abroad. This means their goods are imported when sold to the home market.”

Counting the initial effects of the trade deficit, Pradeep Agarwal Oracle says, “Initially it raises the standard of living as people have more access to a wider variety of goods. It reduces the threat of inflation as products are priced competitively. It is also an indication of a wealthy population whose purchasing power exceeds domestic production. While stressing over the lasting effects he says,

“Companies begin to progressively seek outsourcing opportunities. Along with this, local companies start going bust as domestic demand shifts to foreign-made products. Also, the country with a trade deficit creates fewer jobs, while more are created in the nations where the imported products come from.”

Taking into account the benefits due to the IT sector, the Indian software product industry is expected to reach USD 100 billion by 2025. Businesses here are centring to invest internationally to expand global track and strengthen delivery centres. In accord to this, Tata Consultancy Services announced to recruit a workforce of 1500 in the technology domain across the UK. This would result in TCS delivering efficiently to UK customers.

Considering the revenue, reports of the Ministry of Electronics & Information Technology show that in the last five years the revenue estimate of the Indian IT industry has increased around seven per cent, registered at USD 151 billion in FY2017-18 which was USD 141 billion in FY 2016-17. As per the reports, the IT services exports accounts for the largest share of 57 percent of about USD 86 billion. Also, software products and ER7D emerged as the second-largest segment with 21.8 per cent share followed by BPO exports contributing 21.2 per cent.

Read Also: Sony PlayStation 5 restock in India: Check prices, how, and where to pre-order

According to the Central Board of Indirect Taxes and Customs (CBIC), the clarification on the scope of intermediary services ensures the exports of R&D in software, business process, management and IT services are not denied ‘export status’. This will add to the boost of the Indian IT industry, in view of the fact that the GST refunds will be smoother.

India is the paramount offshoring terminus for IT companies across the globe. “Having proven its competencies in delivering both on-shore and off-shore services to clients across the world, rise in the technologies offer an entire spectrum of possibilities and opportunities to top IT firms,” concludes the expert, Pradeep Agarwal, Oracle senior director.

A good book is fuel for your brain, and these authors have proved to us that they drive some mind-blowing brain fuel. Our lovely list also includes an author who wrote “Knots” a beautiful bestseller. Want to know more about them? Read ahead.
Read more
Blogs

To the handsome hunks and smart gentlemen, if getting that perfect look for an evening or a comfortable and refreshing dinner is your goal, we have got you covered. To make your tuxedo or your sherwani outfit a perfect “eye-catching” affair, a wrist watch for men can be your perfect mate.
Read more

What’s Next for Digital? In Conversation With Wire Monster CEO Siddharth Bhan

As a fan-favourite, the votes have always been in her favour. The question now is whether her grace and boldness win her the trophy this year, or not.
Read more

In today’s modern world of a hectic lifestyle, many people are seen facing problems with health, wealth, dealing with negativity, etc.
Read more

The Supreme Court had set up a 3-member technical committee to probe the alleged use of Pegasus for targeted surveillance in India. As per the direction given to the committee, the Supreme Court had sought information from people who suspect their phones were targeted.
Read more
Load more

What’s Next for Digital? In Conversation With Wire Monster CEO Siddharth Bhan

As a fan-favourite, the votes have always been in her favour. The question now is whether her grace and boldness win her the trophy this year, or not.
Read more

In today’s modern world of a hectic lifestyle, many people are seen facing problems with health, wealth, dealing with negativity, etc.
Read more

Vitamin B12: From deficiencies to sources, everything you need to know

If you have Vitamin B12 deficiency, then it is important to take short forms of vitamins first. Then, if you are facing difficulty in absorbing Vitamin B12 in your body, then you may need to get vitamin shots.
Read more

Are you unable to cope with isolation in this pandemic? Try these tips to keep yourself healthy

Do you feel isolated in a pandemic? Does your mental health worry you a lot due to pandemic? If yes, then here we are providing you with some tips by which you can keep yourself healthy.
Read more

What are Blue Zones? All you need to know about food habits and diet

Do you know what are blue zones? If not, read this article to know about these regions. Also, read their food habits and how they keep themselves healthy.
Read more