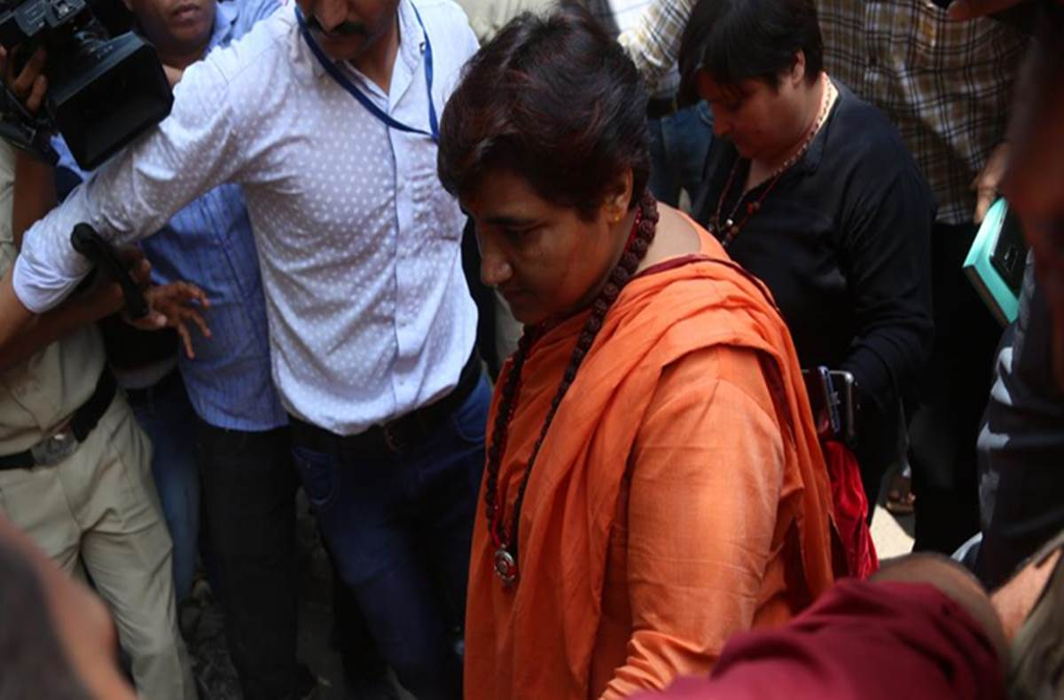 A day after a special Mumbai court expressed its displeasure over her not showing up, Malegaon blast case accused and BJP MP from Bhopal Pragya Singh Thakur today (Friday, June 7)  appeared for hearing in the case and recorded her statement under Section 313 of CrPc.

In the National Investigation Agency (NIA) court, Special Judge Vinod Padalkar called Pragya Thakur to the witness stand and asked, “Do you know how many witnesses have been examined by prosecution? Has your lawyer told you?”

Thakur replied on similar lines, saying, “Mujhe koi jaankari nahi hai (I have no knowledge about it).”

On Thursday, the newly-elected MP was granted an exemption from hearing after she claimed to be hospitalised due to a stomach ailment. The court, however, directed Thakur to be present today or face consequences as no supporting medical documents were submitted in this regard.

While Thakur had sought an exemption from court appearance yesterday, she went for an event in MP Nagar in Bhopal to garland the statue of Maharana Pratap on his birth anniversary.

On Wednesday evening, Thakur, accompanied by local BJP leaders, had visited the home of the Bhopal Shahar Kazi, Syed Mushtaq Ali Nadvi, on the occasion of Eid, offering him sweets and dry fruits. She was admitted to Care Hospital at night and discharged on Thursday morning.

Last month, in May, the court, which is conducting a trial against seven accused in the case, directed all of them to appear before it at least once a week. The accused persons are facing trial under various sections of the Unlawful Activities Prevention Act and the Indian Penal Code.

They have been charged under UAPA Sections 16 (committing terror act) and 18 (conspiring to commit terror act).

Thakur was fielded as a BJP candidate from Bhopal, which triggered sharp reaction from Opposition parties. Prime Minister Narendra Modi and BJP president Amit Shah had defended her candidature.