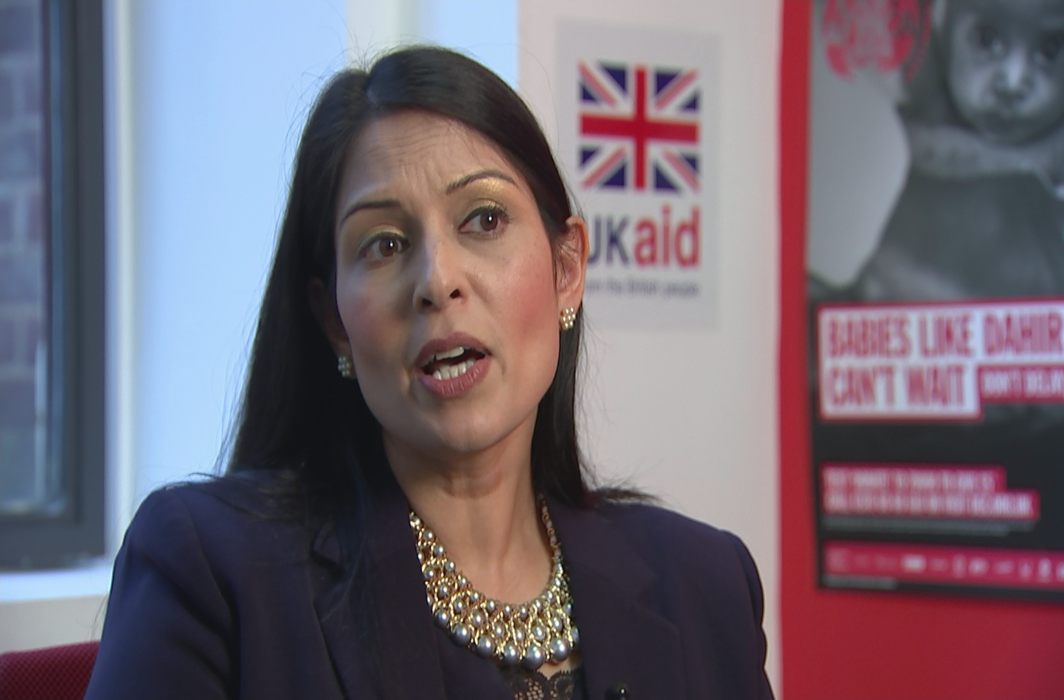 Priti Patel had to resign following reports of her unauthorized meetings with Israeli politicians, including Prime Minister Benjamin Netanyahu

Indian-origin member of the British Cabinet, Priti Patel was, on Wednesday forced to resign as the United Kingdom’s international development secretary, becoming the second member of Prime Minister Theresa May’s cabinet to quit office in little over a week. The development is set to force Theresa May to affect a second reshuffle of her cabinet in the past seven days.

An enormous thank you to friends, colleagues, constituents & the public for the support & kindness you have shown me over the last few days

Patel was, on Wednesday, ordered to cut short her trip to East Africa and return to London as the political storm over her unauthorised meetings with Israeli politicians, including Prime Minister Benjamin Netanyahu, threatened to put Theresa May through another crisis in an election year. On November 1, May’s then defence secretary Michael Fallon had to resign from his position following accusations of sexual misconduct.

Patel was summoned to 10 Downing Street by Prime Minister Theresa May amid rumours that had she resisted the call for her resignation, she would have been fired from the job.

The departure of the Indian-origin cabinet minister of Britain marks yet another setback for a government that is already facing crisis on several fronts, including divisions over Brexit and growing allegations of sexual misbehaviour in politics.

Unwanted sexual behaviour is unacceptable in any walk of life. We must stamp it out. My letter to @HouseofCommons Speaker pic.twitter.com/oPLltr5gKS

Patel’s ouster had been imminent ever since reports surfaced of her 12 meetings with Israeli groups and officials, including Benjamin Netanyahu, during a vacation in Israel in August — and that she hadn’t told May or her cabinet colleagues about it. Under British government protocols for ministers, any meeting between them and representatives of foreign countries – politicians or bureaucrats – have to first be informed about to and vetted by the British Foreign Office. Patel had reportedly kept her meetings with Israeli politicians a secret.

Patel apologised for the misconduct but then details of two more unauthorized meetings surfaced, forcing May to seek the resignation.

In her resignation letter, Patel said her conduct “fell below the high standards that are expected of a secretary of state”. The British Prime Minister, in turn, replied that it was right of Patel to quit “and adhere to the high standards of transparency and openness that you have advocated.”

Patel said earlier that her meetings in Israel — arranged by Stuart Polak, honorary president of the group Conservative Friends of Israel — stemmed from her “enthusiasm to engage”. But critics accused her of breaching ministers’ code of conduct and making a major diplomatic gaffe in a region of high political sensitivity.

Israel’s Haaretz newspaper had reported on Wednesday that Patel had visited an Israeli military field hospital in the Golan Heights during her August trip. Britain regards Israel as illegally occupying the territory, which it captured from Syria in 1967.

A report by news agency Associated Press said: “After the visit, Patel discussed with her department the possibility of British aid being given to the Israeli army to support medical assistance for refugees from the Syrian civil war arriving in the Golan Heights. A fellow minister has said the idea was rejected.”

Patel’s situation had been made worse by her contradictory statements about the meetings.

Patel had insisted that British Foreign Secretary Boris Johnson “knew about the visit.” Her department was later forced to clarify the statement, saying “the foreign secretary did become aware of the visit, but not in advance of it”, leading to allegations of Patel misleading the British public.

Patel apologised, saying the meetings “did not accord with the usual procedures”.

Patel had also met Israeli public security minister Gilad Erdan in London on 7 September and foreign ministry official Yuval Rotem in New York on 18 September — in both cases without any other British officials present.

Patel’s demotion to a backbench lawmaker cuts short her rapid rise in British politics since her first successful bid to enter the country’s Parliament in 2010.

Labour Party lawmaker Jonathan Ashworth said Patel’s position was untenable even if she had been unaware that she was breaking rules when she met Netanyahu and the others.

“If she didn’t know, she’s incompetent. If she did, she’s lying…either way, she’s got to go,” Ashworth had told Sky News.

Several British lawmakers have been suspended by their parties amid a growing scandal over sexual harassment and abuse in British politics. May’s deputy prime minister, Damian Green, too is facing a civil service investigation after a young party activist accused him of unwanted touches and text messages.

Patel’s resignation will now force May to reshuffle her cabinet again – the second such exercise in just the past week.

The former Conservative leader Iain Duncan Smith, another Eurosceptic, told The Guardian that the British Prime Minister “should not seek to change the fine balance in the cabinet between ‘Remain and Leave’ supporters – a term used for pro and anti Brexit supporters respectively.

-(With inputs from AP, The Guardian)