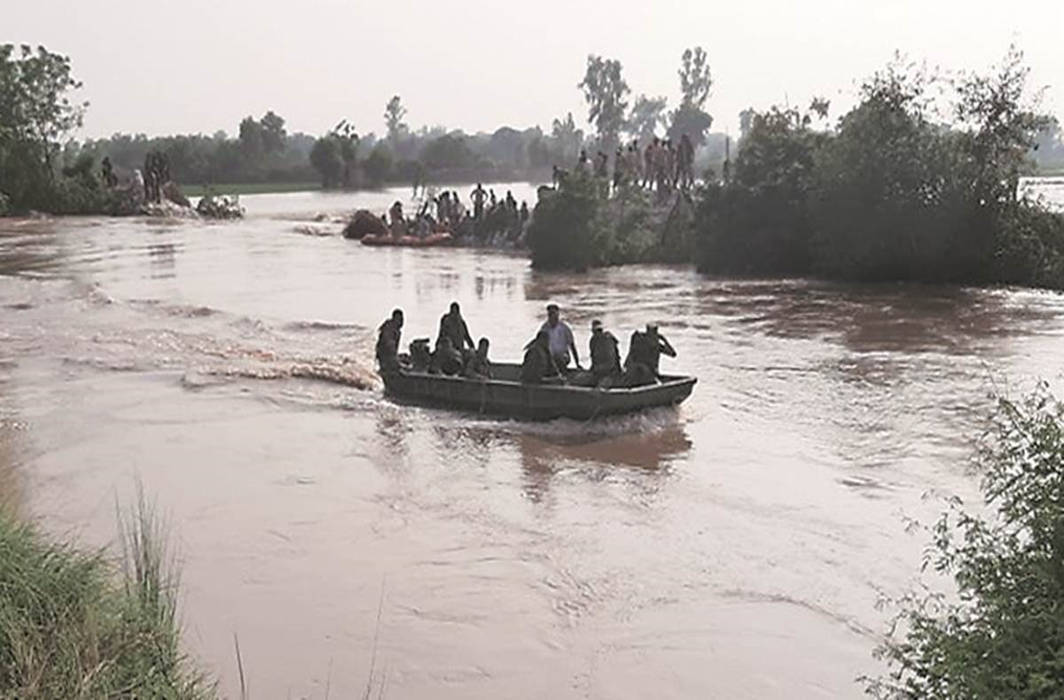 After conducting an aerial survey of the flood situation in Sangrur and Patiala districts, Punjab chief minister Captain Amarinder Singh on Tuesday blamed the Akalis for the flood situation with the control of Ghaggar river going to the Central Water Commission (CWC).

He pointed out that the Akalis had even stopped the river reinforcement work undertaken by him in his previous term. The division of Punjab by the Akalis in 1966 had led to Ghaggar river going into the hands of the CWC, causing the state to lose control over the critical maintenance of its embankments.

He also said he will pressurize the central Government ministers and officials for reinforcement of the embankments of the river, which had breached to cause serious damage to standing crops and other assets.

He also requested the Haryana Government to resolve the issue and strengthen the embankments on both sides.

Captain Singh, while interacting with media persons after meeting the farmers, said about 50,000acres of the crop had been lost in Patiala and another 10,000 acres in Sangrur due to the breach caused in the catchment area of river Ghagger.

In Moonak, the chief minister ordered the DC to pay immediate compensation to the 28 houses damaged. The roads to be raised and relief work to be initiated without any delay while assuring the people that his government will sanction appropriate relief funds to tackle the situation.

He also announced Rs 60 lakhs for rebuilding the bridge that had been damaged in Sirkapda village.

Punjab’s Chief Minister Captain Amarinder Singh was accorded a red-carpet welcome on his visit to flood affected districts of Patiala and Sangrur on Tuesday.

The Punjab CM had yesterday conducted an aerial survey of the flood-hit areas in Patiala and Sangrur, and also assessed the damage done to crops because of flooding due to a 150-foot long beach in Ghaggar river catchment area.

“The situation is not that good on both sides of Ghaggar river. Water has gone up. Nobody expected that the water would come to this level by the end of July. Normally, flooding occurs in August in Punjab but torrential rains have aggravated the situation this year.” Singh said.

The villagers are blaming the administration for its lack of precautionary measures prior to monsoon season.