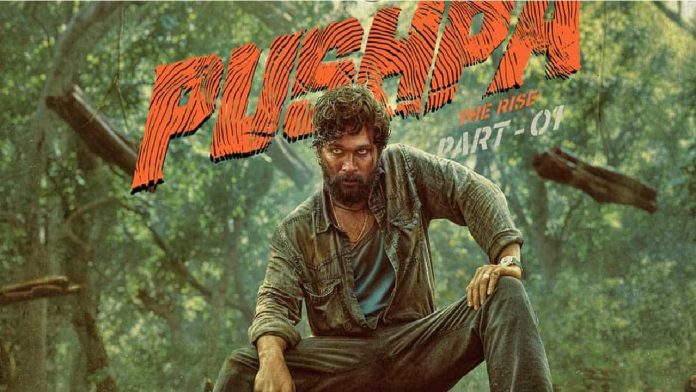 Sukumar’s Pushpa: The Rise has yet again proved how actors like Allu Arjun and Fahadh were made for the screens. The film has set various box office records all around the country. Even among the Hindi-speaking audience, the film has received wide applause. Followed by this, the producers have announced that the release of Hindi Dubbed version of the film on Amazon Prime has been postponed. The film also stars actor Rashmika Mandanna in a pivotal role.

Pushpa: The Rise (part 1) had its theatrical release on December 17, 2021, and it is now available on Amazon Prime The film has crossed approximately Rs 80 crores. The numbers will only grow, considering the star-cast’s popularity. Hence, the Hindi dubbed version of the film will now be released on January 14, 2022.

Allu Arjun and Fahadh are among of the most celebrated South Indian actor, and rightfully so. Where Allu Arjun has served many power-packed performances throughout his career, the roles portrayed by Fahadh always leave the audience wanting for more. Rashmika Mandanna has made a name for herself as the heartthrob and talented artist she is. The film also marks Fahadh’s debut in Telugu films.

Everyone has been fawning over the film. Not just the genera audience, but cricketers as well. Following the film’s release, Indian all-rounder cricketer Ravindra Jadega shared a post in which he is looks like Allu Arjun. He previously also shared a video on his Instagram, in which he is enacting Allu-Arjun’s famous dialogue from the film. The cricketer even poured himself into looking like Allu Arjun’s character. As an impressed reaction to the cricketer’s acting skills, Allu Arjun commented with a laughing emoticon and a heart on his post. Indian spinner Kuldeep Yadav also left a comment saying he is waiting for Jadeja’s next film, to which, the latter replied jokingly that the shooting for his film will be done in NCA.