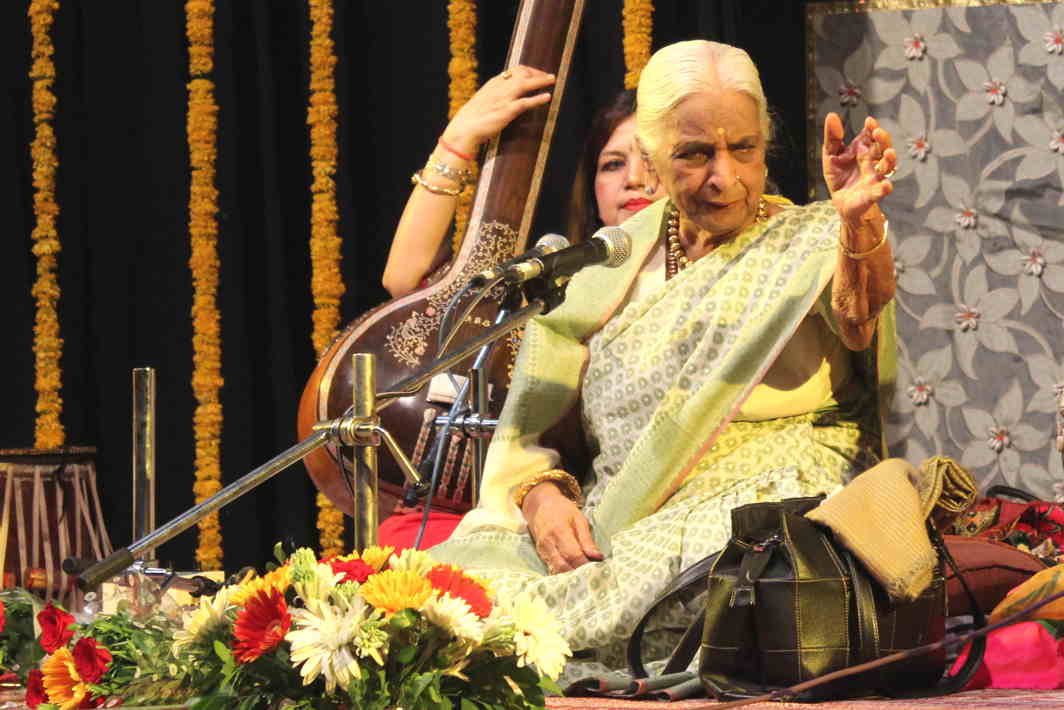 Eminent classical singer and Padma Vibhushan awardee Girija Devi – often hailed as the Queen of the Thumri style of singing – passed away at the BM Birla Heart Research Centre in Kolkata on Tuesday night following a cardiac arrest. She was 88 and is survived by her daughter.

“Girija Devi’s condition was quite critical when she was brought to the hospital. She was admitted to the CCU and was under constant watch. But she passed away around 8.45 p.m.,” a hospital spokesperson said.

Sad to hear of demise of classical singer and Queen of Thumri Girija Devi. Our cultural heritage has been left poorer #PresidentKovind

Saddened by demise of Girija Devi ji. Indian classical music has lost one of its most melodious voices. My thoughts are with her admirers.

A legendary singer of the Benaras gharana, Girija Devi was awarded the Padma Shri in 1972, Padma Bhushan in 1989 and the Padma Vibhushan in 2016.

Though Girija Devi decided to make Kolkata her home but her birthplace Kashi or Varanasi – always had a special place in her heart. The legendary classical singer had wanted to build a world-class music academy here, a wish that remained unfulfilled.

In an interview to news agency PTI some years ago, Girija Devi had rued the fact that she had been asking successive Uttar Pradesh governments “for land for a music academy in Varanasi for the past 50 years” but that no government paid heed to her request. “I could not get any land for the proposed academy. If I was given the land, I would have built a world class academy of music here (in Varanasi),” Devi had told PTI.

The legendary singer had even insisted that “If there was an academy in Varanasi, I would not have settled in Kolkata.”