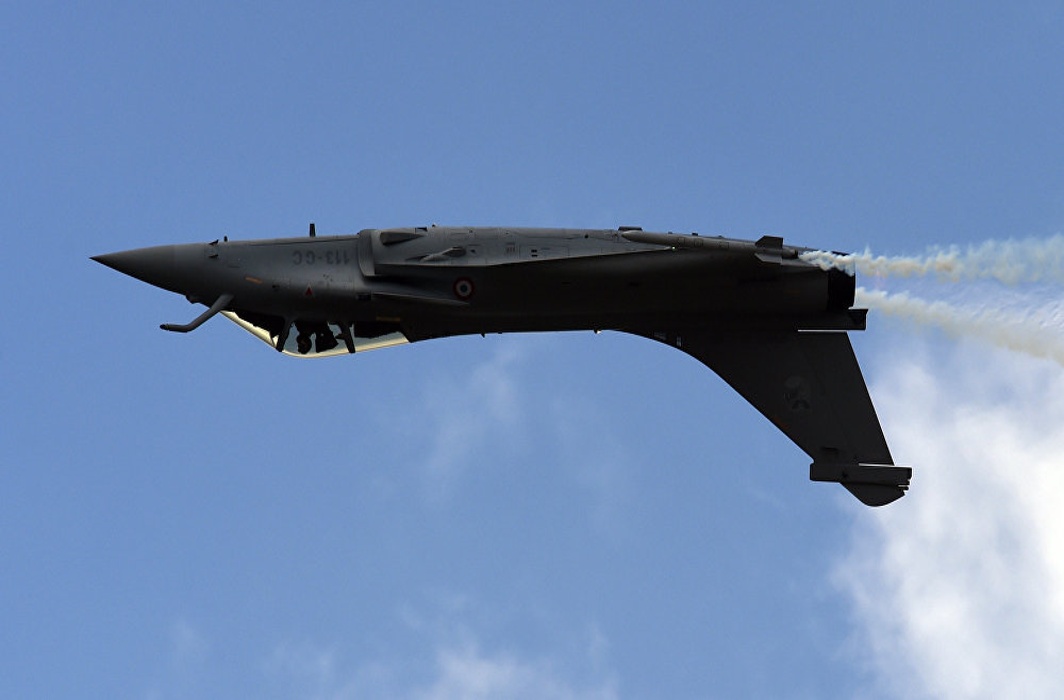 A day after Attorney General told the Supreme Court that crucial files relating to price negotiations in the Rafale deal had been stolen and the government was contemplating to take criminal action against the media houses that carried reports based on the files, the Narendra Modi government came in for scathing attack from the opposition and the media for trying to stifle the press on flimsy grounds.

Yesterday, these details were mentioned in the Supreme Court when it was hearing the petition, filed on behalf of former Union Minister Yashwant Sinha, seeking review of its December 14, 2018, judgment which dismissed all PILs seeking a probe into alleged irregularities in the Rafale deal.

Apparently left with no argument to counter petitioners demanding a review of the earlier Supreme Court verdict on grounds that the government had concealed this details from the court, the AG changed tack to claim the media reports had violated the Official Secrets Act, that the files were secret and could not be used in court proceedings and hence the plea be rejected.

He also said that the files had been ‘stolen’ and the government would initiate “criminal action” against the two publications that had reported the documents – The Hindu and news agency ANI – since the matter was of sensitive nature and is covered by the Official Secrets Act.

The AG’s contention was questioned by the judges, including Chief Justice of India Ranjan Gogoi. When Venugopal told the court that the matter was one involving national security and stolen material could not be relied upon unless the source was established, the bench raised several questions and asked him “suppose a crime like corruption has been committed, can you seek shelter under national security to suppress it?”

By afternoon today (Thursday, March 7), #FileChorChowkidar was trending at the top on Twitter.

He said the newspaper’s stand is, “what we published is perfectly justified (and) in public interest”.

“We have not stolen the documents,” Ram told The Indian Express. Ram did not want to comment on the proceeding in the Supreme Court since he is “not privy to all that was said”.

Maintaining that it may be called “stolen documents under law,” or that access to them was unauthorised, Ram said, “That is how information comes out – it is very much a part of investigative journalism.”

This information, which “should have been in the public realm has been withheld, has been suppressed”, he said. “There has been a cover-up,” he maintained. “It is information that should have been given, (but) it was not given to Parliament. And I believe much of the information we have published has not been submitted to the Supreme Court either…”

When documents related to the Bofors deal had come out, and were published, Ram said, “nobody talked of using the Official Secrets Act”.

“We are fully protected under Article 19(1)(a) of the Constitution, and also under the Right to Information Act —- specifically 8(1)(i) and 8(2) overrides the Official Secrets Act,” the veteran journalist maintained.

Calling Official Secrets Act (OSA) an “obnoxious piece of legislation and legacy of the British Raj”, Ram said there have been several demands from “all democratic forces, and the press” to remove it. He said the OSA was enacted “purely in the interests of the British Raj, during imperialism” and since Independence, “it has been very rarely used against publications”. He said the OSA may have some application in cases of espionage, but that is a different matter.

The Editors Guild of India weighed in today to back the media and condemned the government’s proposition that documents published by the media related to India’s Rafale fighter jet deal with France were “stolen” from the Defence Ministry.

The Guild said it was “perturbed” by the government’s threats that criminal action would be initiated against journalists or lawyers who used these documents.

It said any attempt to use the Official Secrets Act against the media would be “as reprehensible as asking the journalists to disclose their sources”, and urged the government against initiating action that might “undermine the media’s freedom and independence”.

In a statement, the Editors Guild said: “Although the Attorney General later clarified that the investigation and contemplated action would not be initiated against journalists or lawyers who used these documents, the Guild is perturbed over such threats. These will intimidate the media in general and curb its freedom to report and commend on the Rafale deal in particular.

“Any attempt to use the Official Secrets Act against the media is a reprehensible as asking the journalists to disclose their sources,” it added.

No talk of ‘stolen documents’, Defence Minister said in Lok Sabha the whole document should have been reported

The AG’s arguments appeared to be a lame and last ditch attempt at finding an escape route. A report in The Indian Express pointed out that on February 8 — the day The Hindu newspaper published a report citing official notings and news agency ANI put out the same note with more notings — Defence Minister Nirmala Sitharaman happily and triumphantly displayed the ANI report while countering the contents of The Hindu report. She made no mention of any “stolen” document when she spoke in Lok Sabha.

The Hindu report, citing a “Defence Ministry note” of November 2015, stated that the Ministry “raised strong objections to ‘parallel negotiations’ conducted by the Prime Minister’s Office (PMO) with the French side” in the Rafale deal. Sitharaman said the note published along with the report did not include a noting by the then Defence Minister, Manohar Parrikar who had negated the concerns.

Sitharaman, in fact, wanted The Hindu should have seen or reported the whole document.

Modi government came under fire from politicians as well. Even BJP Rajya Sabha MP Subramanian Swamy warned the government in a tweet: “To file a Official Secrets Act case against any media, leave alone The Hindu, on election eve will be a political disaster.”

Senior advocate and constitutional expert Dushyant Dave was reported as having said on Wednesday, “The argument on behalf of the government is an absolute non-starter”.

“It is made only to deflect real debate on this most sensitive public issue. The government is on the back foot after having misled the Supreme Court as alleged in review petition by Shourie et al and is therefore trying to again lead the Supreme Court on a garden path,” he said.

He asserted that there was no violation of the Official Secrets Act as ministers, and the Prime Minister, besides Air Force top brass had repeatedly gone to the press with selective documents to justify their stand.

Former Additional Solicitor General and senior advocate Indira Jaising agreed with the oral observation made by the Bench headed by Chief Justice Ranjan Gogoi that even stolen evidence could be looked into, if it was found to be relevant.

During the hearing Justice Gogoi observed, “We can understand you saying that petitioners came with unclean hands. That they got the documents through doubtful sources. But it is another thing to say that the court cannot consider these documents at all. That they are untouchable”.

Gandhi said it was also Modi who called Sharif for his swearing-in ceremony in 2014.

“Modi is the poster boy of Pakistan and not us. We didn’t go and hug Nawaz Sharif and we didn’t let the ISI to Pathankot.”

Asked if proof of the Indian Air Force’s 26-February Balakot strike should be sought from the Modi government, Gandhi said the demand has come from the families as they are hurt.

“I won’t talk much about it (evidence of IAF strikes), but yes I read that families of some of the CRPF personnel who were martyred have raised this issue, they are saying we were hurt so please show us what happened,” he said.

The families of some of the “martyrs of the Pulwama attack” have sought proof of the strike’s casualties as doubts linger over what exactly happened at Balakot.

Referring to AG KK Venugopal’s submission in the Supreme Court that “secret papers on Rafale deal have been stolen”, the Congress president also coined a phrase — “gayab ho gaya” — to highlight the Modi government’s failure.

Of the files that Modi government now says have been stolen, one document is an eight-page dissent note written by three domain experts in the Indian negotiating team. In another, a top defence ministry official complained about the PMO conducting “parallel parleys” with the French authorities in the controversial Rafale deal which Rahul Gandhi cited to accuse the PMO of influencing the deal. “PM Modi performed bypass surgery in Rafale deal,” he said.

When asked if action can be taken under the Official Secrets Act (OSA) as suggested by Venugopal in court, Gandhi said the government was free to charge anything on anybody. “But why don’t you press charges on Prime Minister Narendra Modi. Once that is done we will know where the money has really gone.”

“If you are going to press charges based on the Official Secrets Act, please do. But that means since documents are authentic, there should be charges pressed against the Prime Minister too,” said the Congress chief.

Gandhi also slammed the Modi government for lying to the Supreme Court. “The government is accepting in the SC that the files are original or true but claiming it to be stolen. So has the government lied to the SC?” he questioned.

“As per our (UPA) deal, Rafale jets would have come early. This PM has delayed it,” Gandhi said, adding that the Modi government was responsible for the jets not being available for the Balakot strikes.

The government had claimed in the Supreme Court that the IAF strike against the Jaish-e-Mohammed terror camp in Pakistan would have been easy if Rafale jets were available.

Pressing charges of corruption against PM Modi, Gandhi asked why criminal investigations were being done going only against opposition parties.

“They have refused to a Joint Parliamentary Committee probe in the Rafale deal. If the PM has not done anything why doesn’t he simply get an investigation done and prove himself?” asked Gandhi.