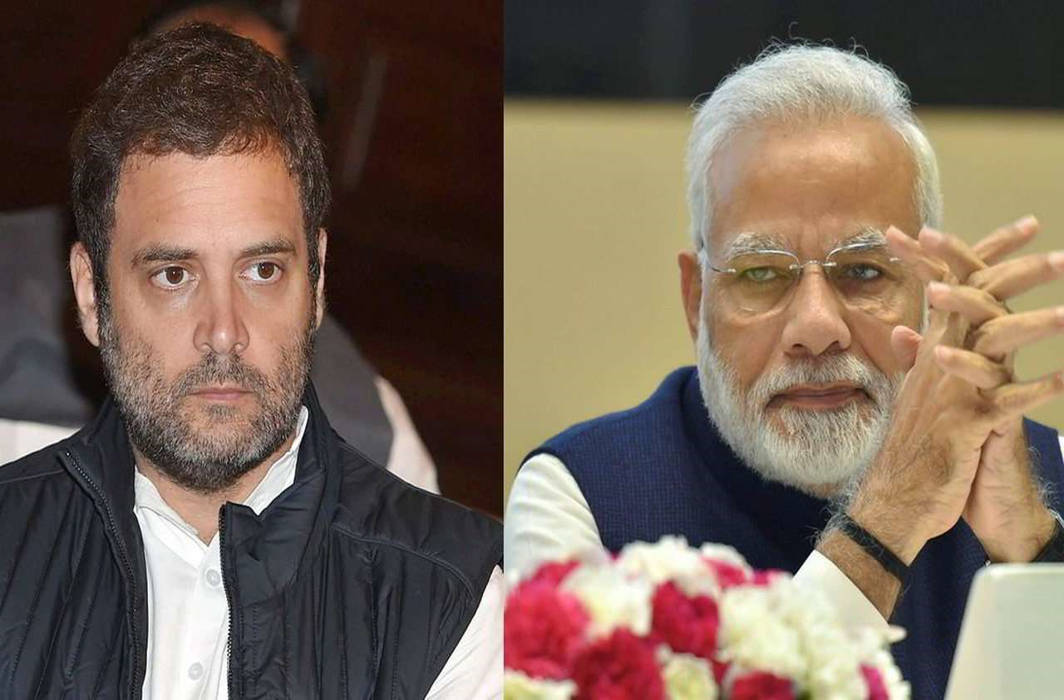 Congress President Rahul Gandhi today (Sunday, May 5) responded to PM Modi’s ‘Corrupt No 1’ remark saying, Prime Minister Narendra Modi’s ‘karma’ awaited him and that the battle was over.

Congress President took to twitter saying, “Modi Ji, the battle is over. Your Karma awaits you. Projecting your inner beliefs about yourself onto my father won’t protect you. All my love and a huge hug. Rahul.”

The battle is over. Your Karma awaits you. Projecting your inner beliefs about yourself onto my father won’t protect you.

All my love and a huge hug.

Prime Minister Narendra Modi, at a rally in Pratapgarh, on Saturday, took a swipe at Congress president Rahul Gandhi’s father and former PM Rajiv Gandhi, calling him Bhrashtachari No:1 (Corrupt No:1).

The war of words between Gandhi and Modi came a day before voting for fifth phase of polls takes place on Monday, with Gandhi’s own constituency, Amethi, going to polls as well.

Priyanka Gandhi Vadra also criticised PM Modi’ remark. She said that PM Modi had ‘insulted the martyrdom of a righteous and holy man in his unbridled craze’.

“The reply will be given by the people of Amethi for whom Rajiv Gandhi gave his life. Yes Modi ji, this nation never forgives treachery,” Priyanka Gandhi Vadra tweeted.

Indian Overseas Congress chief Sam Pitroda also slammed PM Modi and said that he was ashamed as a Gujarati that PM Modi said such things.

“We were hurt by what PM Modi said about Rajiv Gandhi yesterday. Normally, the PM of a country speaks for the people, it’s a huge accountability. The PM can’t speak nonsense,” Sam Pitroda said.

The party’s core committee member and former Union Minister P. Chidambaram also hit back at the PM in a series of messages on Twitter.

“Mr. Modi has crossed all limits of propriety and decency by defaming a man (Rajiv Gandhi) who died in 1991,” Mr. Chidambaram wrote. He added that the charges against Rajiv Gandhi were dropped by the Delhi High Court.

Chidambaram wrote: “Does Mr Modi read anything at all? Does he know that the charge against Mr. Rajiv Gandhi was thrown out by the High Court, Delhi as ‘completely baseless?’”

He also pointed out that it was a BJP government that decided not to file an appeal in the Supreme Court against the said HC judgment.