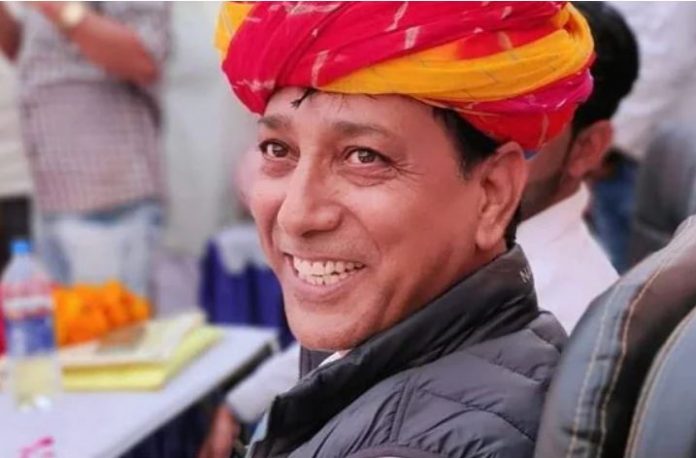 In a viral video, the newly appointed minister replied to the public that the roads should be made like Katrina Kaif’s cheeks in his constituency. His reply comes when someone from the crowd complained about the state’s roads. In the video, the minister can be seen repeating the remark amid cheers from the audience.

The Minister was addressing the public gathering in his constituency Udaipurwati. He was first referred to Hema Malini, a BJP MP, then he reportedly commented that Hema Malini has become old now and then chose Katrina Kaif’s cheeks instead to be the standard for roads.

As soon as his video went viral, many social media users have called his comment inappropriate and have demanded a response from Congress General Secretary Priyanka Gandhi Vadra, who has been highlighting women’s issues and promising more political representation for women in the upcoming assembly elections.

Politicians comparing their ideal roads to actresses’ cheeks is nothing new. Back in 2005, RJD supremo Lalu Prasad Yadav had promised to make Bihar’s roads as smooth as Hema Malini’s cheeks. Madhya Pradesh law minister PC Sharma brought back the analogy in 2019 saying that the state’s pothole-ridden roads would soon be made pretty like the Dream Girl’ star’s cheeks.