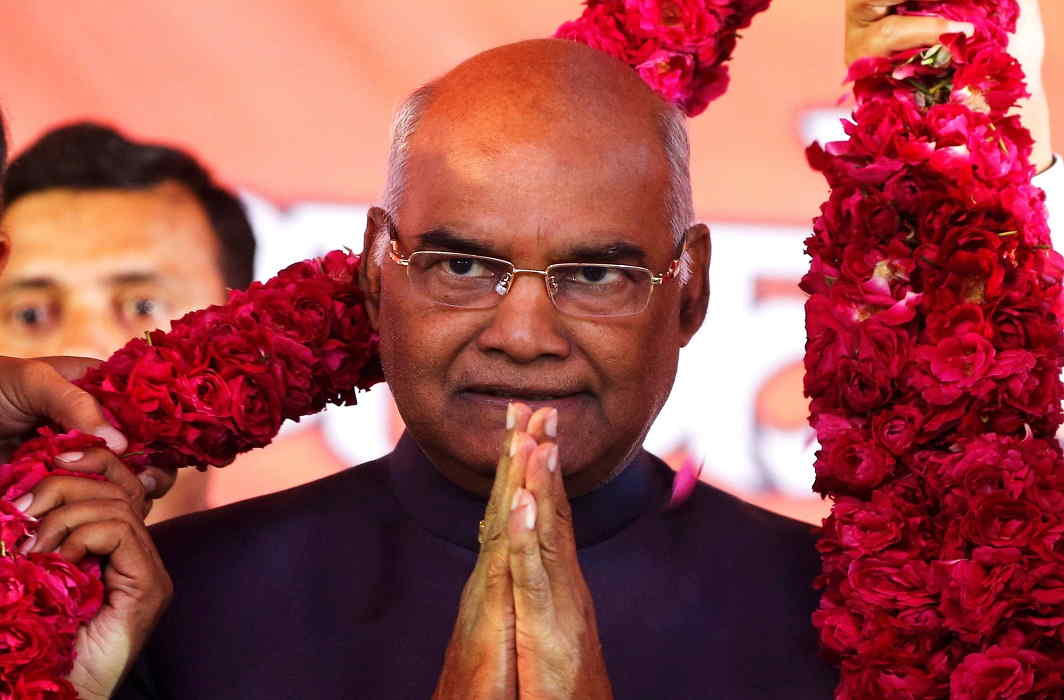 As expected, Kovind won the election by a comfortable margin of 3,34,730 votes over the Opposition’s nominee Meira Kumar.

“I promise to serve the nation with all honesty. I had never thought that I would be elected as the President but the love for my nation has brought me here,” said the President-elect Ram Nath Kovind.

Congratulating him, Meira Kumar said, “I congratulate Sh. Ram Nath Kovindji for becoming the President of India. My best wishes with Sh. Kovindji as it has fallen upon him to uphold Constitution in letter & spirit in these challenging times. Want to thank all members of collegium, Smt Sonia Gandhiji & leaders of all the political parties who have supported me.”

The election was held on July 17 and witnessed close to 100 percent polling. A total of 771 Members of Parliament and 4,109 legislators were eligible to cast votes.

President-elect Ram Nath Kovind will be administered oath by the Chief Justice of India Jagdish Singh Khehar in the Central Hall of Parliament on July 25. Incumbent Pranab Mukherjee’s term ends on July 24.

A lawyer by profession, Kovind was a Rajya Sabha member between 1994 and 2006. He has also served as the BJP’s Scheduled Caste cell president and party’s national spokesperson.

Prime Minister Narendra Modi took to twitter to congratulate Kovind on being elected as the President of India.

Congratulations to Shri Ram Nath Kovind Ji on being elected the President of India! Best wishes for a fruitful & inspiring tenure.

Gladdened by the extensive support for Shri Ram Nath Kovind Ji among MPs & across various states. I thank members of the electoral college.

I also congratulate @meira_kumar Ji for her campaign, which was in spirit of the democratic ethos & values we all are proud of.