Sidhana was spotted at a rally in Punjab's Mehraj village- which is the hometown of CM Amarinder Singh. 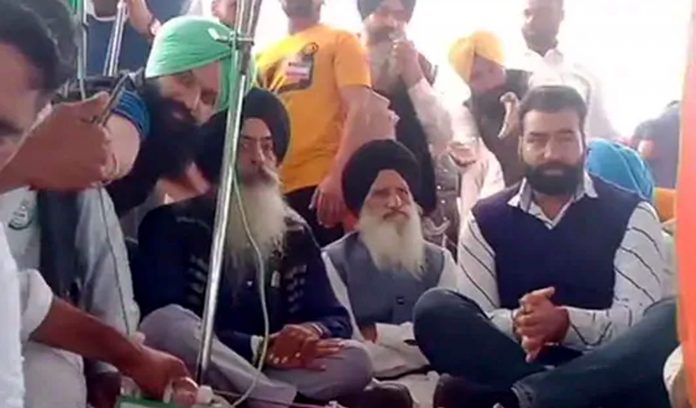 The gangster-activist Lakha Sidhana alias Lakhbir Singh who is wanted by Delhi Police in connection with the violence in the national capital on Republic Day, was spotted at a rally in Mehraj village of Punjab- which is the hometown of Chief Minister Amarinder Singh. Sidhana has been on the run since January 26 and carries a bounty of Rs 1 lakh. The rally was called by Sidhana in support of the farmers protesting against the three contentious farm laws. He also gave a speech demanding the release of those arrested by the Delhi police. He further said that the protest called by the farmers will be intensified.

Sidhana was seen sitting on the stage with other organisers. Referring to the speculation that Delhi police could cross state borders to try and capture them, Sadhana said if Delhi Police comes to arrest anyone in Punjab, villagers will surround them.

Sidhana is accused of instigating the crowd to turn violent during the tractor rally called by farmers on Republic day. The clashes had erupted between the Delhi police and protesters at multiple locations including ITO, the iconic 400-year-old Red Fort complex and other places in the city.

In a video posted on Facebook on Friday, Sidhana had said government is trying to create fear among farmers by registering false cases against them. He said a gathering of farmers will be organised in Mehraj of Bhatinda on February 23 and urged people to be present there in large numbers.

Farmers had organised a tractor rally on Republic Day in a bid to highlight their demand for repeal of the Centre’s three farm laws and symbolize their movement. But the tractor parade had turned violent when thousands of protesting farmers had clashed with the police on Republic Day at various locations like ITO, Red Fort and other places in Delhi. Some protesters stormed into the Red Fort and even hoisted religious flags on its domes and a flagstaff at the ramparts, where the national flag is unfurled by the Prime Minister. More than 500 police personnel and nearly 10 farmers were injured and one farmer had lost his life during the violent clashes.