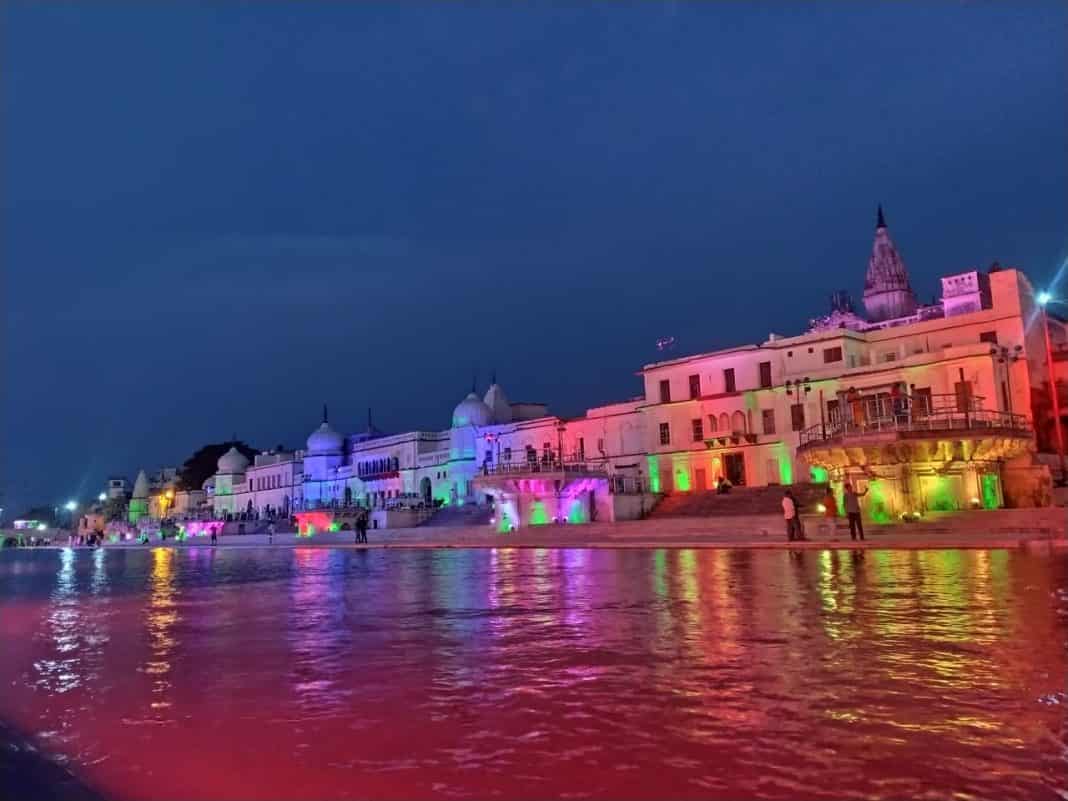 Prime Minister Narendra Modi is likely to spend around three hours tomorrow in Ayodhya, where he will perform puja for the Ram Temple. PM Modi and four other persons will be on the stage for the mega event organised in the middle of the country’s fight against the coronavirus.

The Prime Minister will first visit the Hanumangarhi temple when he arrives in the holy town of Ayodhua, situated on the banks of the river Saryu. According to Ram Temple trust officials, PM Modi will proceed to the site of the temple, which thousands of devotees believe was the spot where Lord Ram was born. He will offer prayers to “Ram Lalla” or the idol of infant Ram before occupying the stage where the groundbreaking ceremony will take place.

The PM will lay a 40-kg silver brick to symbolise the start of construction of the Ram Temple that is core to the ruling BJP’s ideology and poll promises. A campaign for the temple marked the rise of the party to the national spotlight in the 1990s. Religious rituals ahead of the event started yesterday. Barricades are in place and only those who have received security coded invites, around 175 guests, will be allowed in the “Bhoomi Pujan” ceremony.

A dozen priests on Monday performed prayers dedicated to Lord Ganesh and other deities connected to Lord Ram and Sita. Among the 175 invitees to tomorrow’s function are 135 priests and spiritual leaders. Iqbal Ansari, a litigant in the decades-old temple-mosque dispute, was the first person to be invited. “I will certainly attend it. The dispute is over now after the court verdict,” Ansari said. His father Hashim Ansari, the oldest litigant in the case, died in 2016.

The ceremony will be telecast live by national broadcaster Doordarshan. The Ram Temple will be built after years of dispute over the 2.77 acre site where the 16th century Babri mosque stood before it was razed in 1992 by Hindu activists who believed it was built on the ruins of an ancient temple marking the birthplace of Lord Ram. In November, the Supreme Court said the site would be handed over for the building of a temple and an alternative five-acre site would be given to Muslims.