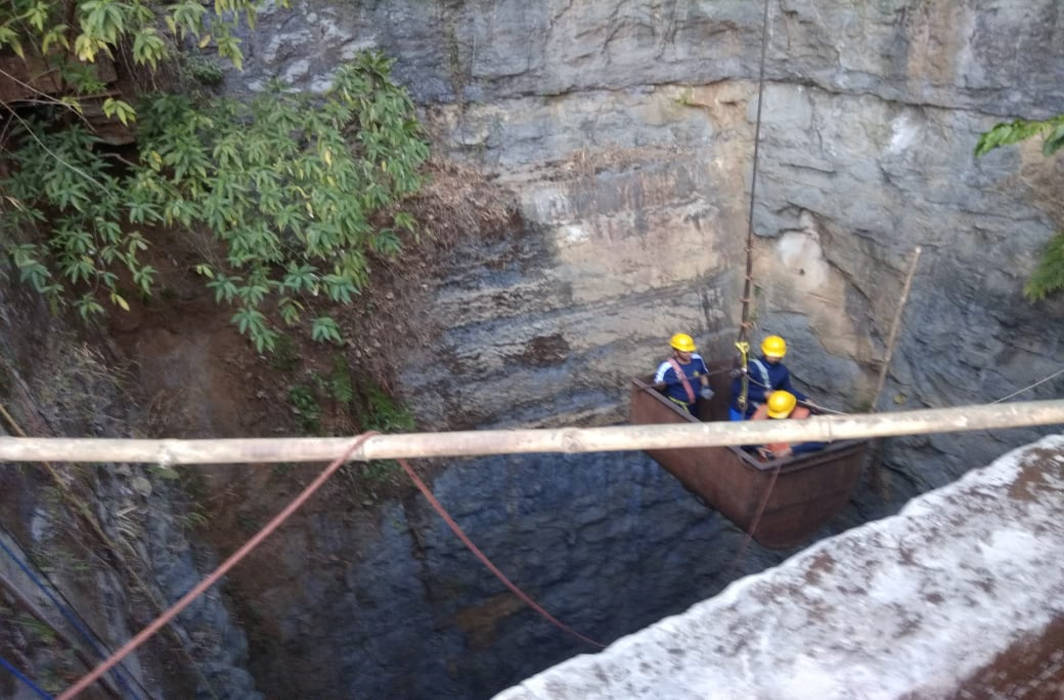 The Supreme Court has told the Centre and the State of Meghalaya to continue efforts to rescue the 15 mineworkers caught inside the 370-foot illegal rat-hole coal mine at Khloo Ryngksan area of Nongkhlieh elaka under East Jaintia Hills district, Meghalaya since 13th December 2018, suggesting that the assistance of expert may be sought in the operation.

It has nearly been a month since the miners were trapped and many assume that they might have been long dead but a bench of Justices AK Sikri and Abdul Nazeer said, “Don’t cease the endeavor, they may be alive.”

As per the reports about the ongoing efforts, multi agencies personnel used high powered pumps to drain out 28 lakhs litres of water from the main shaft, where 15 miners are assumed to be trapped but navy divers have had no luck so far in finding them and have found no change in the water levels.

Senior Counsel Anand Grover, appearing for petitioner-advocate Aditya N Prasad, said that because of an absence of coordination and different hurdles which are being faced by the groups dealing with the site, the desired outcome was not being accomplished.

He brought up the remoteness of area and the difficult terrain, the absence of a blueprint of the mines, leakage of water into the mines from an obscure source and there being no information of any association with the close-by mines as the fundamental obstructions in the rescue mission.

Grover said the petitioner was in touch with Hyderabad-based National Geophysical Research Institute (NGRI), Roorkee-based National Institute of Hydrology (NIH) and some other private research institutes including Planys Technology, Chennai, which can assist in the rescue operation.

Solicitor General Tushar Mehta notified the Court of the different steps taken to handle the issue. He declared that the Government has just reached the aforesaid institutes and asked for them for their assistance. He additionally guaranteed that every one of the recommendations made by Grover would be mulled over and will be followed up on in whatever way conceivable.

The issue will be heard by the top court on January 18.