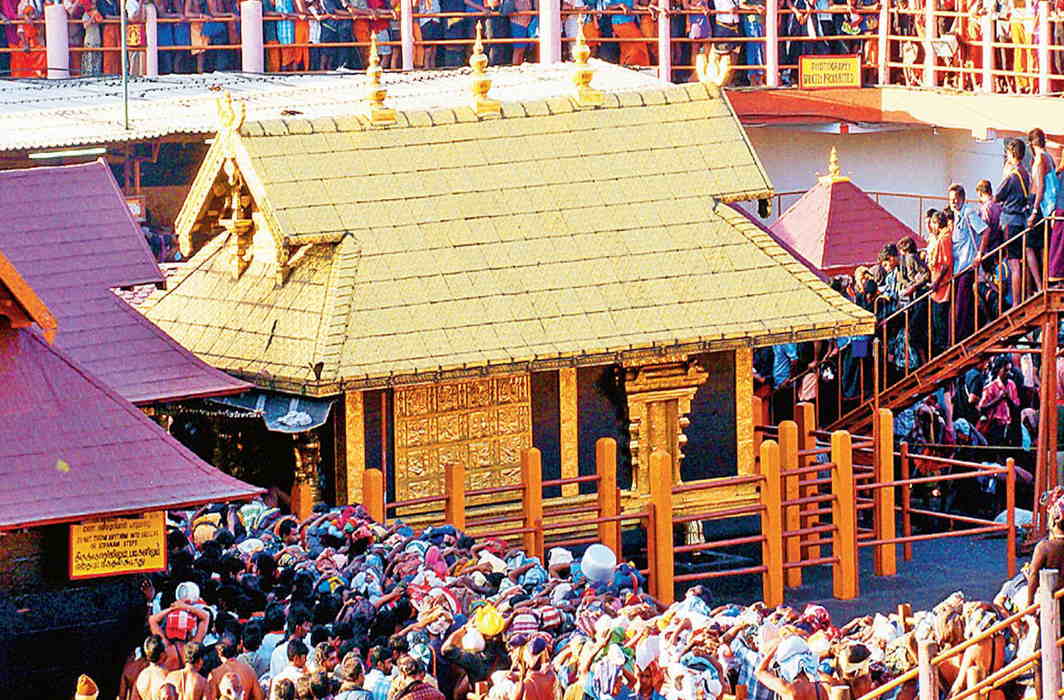 One of the petitions, filed by Shylaja Vijayan, president of National Ayyappa Devotees Association, called the apex court’s judgment “absolutely untenable and irrational, if not perverse”.

National Ayyappa Devotees Associationsaid those who had approached the Supreme Court for lifting the age restriction on women are not devotees of Lord Ayyappa, the temple’s chief deity. Shylaja Vijayan said in the petition that the Supreme Court verdict affects the fundamental rights of millions of devotees of Ayyappa.

“The petitioners believe that no legal luminary, not even the greatest of jurists or a judge, can be a match to the common sense and wisdom of the masses. No judicial pronouncement, even of the highest judicial tribunal in this country… can be a match for ‘the voice of the people’,” the petition read.

Meanwhile, the head priests of the temple have decided to skip the meeting called by Kerala Chief Minister Pinarayi Vijaya over the issue, reported The Indian Express (IE). “We have moved a review petition in the Supreme Court against the earlier verdict. We will decide on the future course of action only after knowing the outcome of the review petition. Otherwise, the discussion with the government does not make any sense,’’ said Sabarimala thantriKandararuMohanaru. He said the decision was taken after consulting the leadership of the Nair Service Society, a prominent outfit of the upper caste Nair community.

RR Varma, representative of the erstwhile royal family of Pandalam, said the family wanted to protect the age-old traditions at the temple and was not interested in a discussion aimed at reaching a consensus on implementing the SC’s order.

The Supreme Court order has seen mounting protests by the devotees of Lord Ayyappa, demanding the retaining of the age-old tradition, rituals and faith of the hill shrine in various parts of the state. Hundreds of Ayyappa devotees, especially women, Sunday took part in ‘namajapa’ (chanting the hymns of Lord Ayyppa) rallies at Tripunithura in Ernakulam and Tirunakkara in Kottayam districts, demanding the safeguarding of ‘sanatana dharma’, the tradition of Hinduism, reported IE.

The CPI(M) is facing heat from the Congress and the BJP in the state over the government’s decision not to move a review petition on the Supreme Court’s verdict.

In a 4-1 verdict, the five-judge bench headed by former Chief Justice of India Dipak Misra had lifted the entry ban on women in the temple, saying the centuries-old custom at the shrine was not an essential religious practice and “the attribute of devotion to divinity cannot be subjected to the rigidity and stereotypes of gender”.

The court said it was upholding rights to equality of worship. The court had said that banning the entry of women into the shrine is gender discrimination and that the practice violates rights of Hindu women.