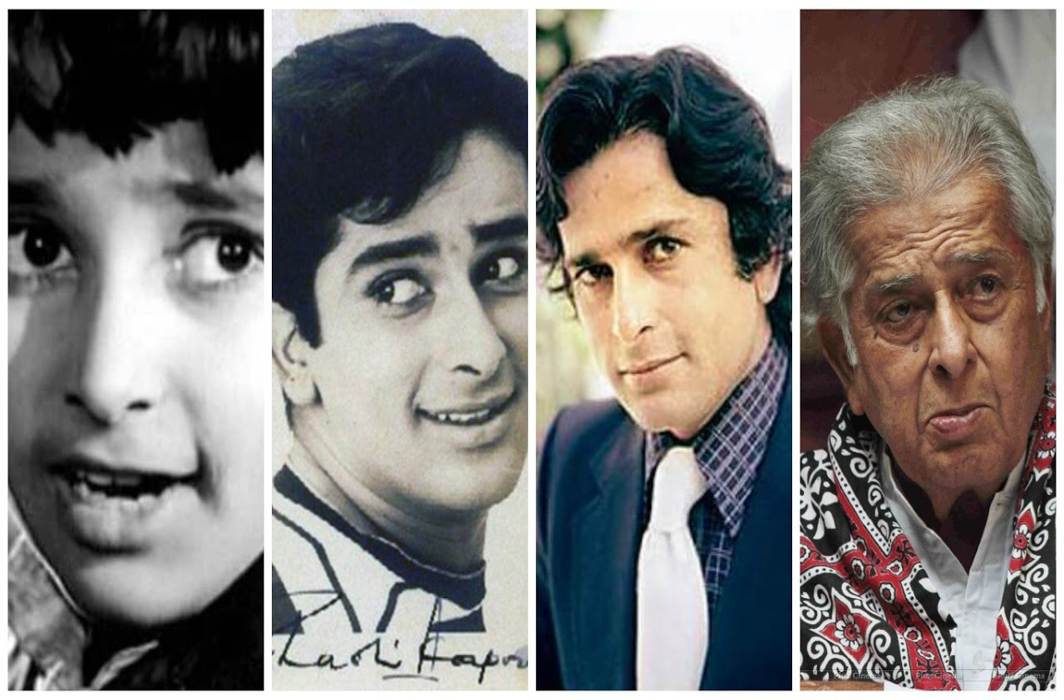 Veteran Bollywood actor and romantic film icon of 1970s and 1980s Shashi Kapoor passed away on Monday, December 4, evening after prolonged illness at the age of 79 in Kokilaben Hospital, Mumbai.

He had been suffering from ailments for the past few years. He had undergone a bypass surgery and was also hospitalized for a chest infection in 2014.

Actor Randhir Kapoor, Shahsi Kapoor’s nephew and son of veteran actor Raj Kapoor, confirming the news to PTI, said, “Yes he has passed away. He had kidney problem since several years. He was on dialysis for several years.”

Shashi Kapoor is best remembered now for his acting in Deewar, Namak Halal, Trishul, Satyam Shivam Sundaram, Shaan to name a few. After successfully acting in several Hindi and English movies, he donned the producer’s hat. Not just this, he also tried his hands at direction.

The government of India honoured Shashi Kapoor with Padma Bhushan in 2011 for his contributions to Art-Cinema. The late actor was felicitated by 2014 Dadasaheb Phalke Award. After Prithviraj Kapoor and Raj Kapoor, he was the third member of the Kapoor legacy to be honoured with the highest award in Indian Cinema.

Born as Balbir Raj Kapoor in Kolkata on March 18, 1938, Shashi Kapoor was the third and the youngest son of late Prithviraj Kapoor and brother of late Raj Kapoor and Shammi Kapoor. He was married to Anglo-Indian theatre actress Jennifer Kendal, who died of cancer in 1984, leaving him heartbroken. He is survived by three children — Kunal, Karan and Sanjana Kapoor.

He started acting in films as a child artiste in the late 1940s and appeared in films like Sangram (1950) and Dana Paani (1953) under the name of Shashiraj as there was another actor by the same name who used to act in mythological films as child artiste. His best known performances as child actor were in Aag (1948) and Awaara (1951), where he played the younger version of the characters played by his older brother Raj Kapoor and in Sangram (1950), where he played younger version of Ashok Kumar. He worked in four Hindi films as a child artiste from 1948 to 1954.

Shahsi Kapoor’s first film in the lead role was the 1961 film Dharmputra. He appeared in more than 150 films and was one of the first Bollywood actors to venture into foreign films where he worked in several British and American films, notably Merchant Ivory productions run by Ismail Merchant and James Ivory, such as The Householder (1963), Shakespeare Wallah (1965) (opposite his sister-in-law Felicity Kendal), Bombay Talkie (1970) and Heat and Dust (1982) in which he co-starred with his wife Jennifer Kendal, The Deceivers (1988) and Side Streets (1998). He also starred in other British and American films such as Pretty Polly (“A Matter Of Innocence” (1967)) opposite Hayley Mills, Siddhartha (1972), Sammy and Rosie Get Laid (1987), and Muhafiz (1994). James Ivory directed Kapoor in the first Merchant Ivory production The Householder, then in Shakespeare-Wallah, Bombay Talkie and Heat and Dust while Ismail Merchant directed him in In Custody (1993).

His charming smile and pleasing demeanour made Shahsi Kapoor a popular Bollywood hero and he appeared in 116 Hindi films, including 61 films as the solo lead hero and 55 multi star-cast films, 21 films as supporting actor and special appearance in 7 films.

He was cast alongside superstar Amitabh Bachchan in some of the biggest Bollywood blockbusters of the 1970s and 1980s, and the two actors played brothers or best friends.

In Hindi cinema, Shashi Kapoor acted alongside many noted heroines such as Nanda. Their films included Mohabbat Isko Kahete Hain (1965), Neend Hamari Khwab Tumhare (1966), and Rootha Na Karo (1970). He was also seen opposite Raakhee in films such as Kabhi Kabhie, Pighalta Aasman and Trishna. Sharmila Tagore was also one of Shashi’s heroines and they acted together in films such as Aamne Samne, Aa Gale Lag Jaa and New Delhi Times. His famous pairing opposite Zeenat Aman was seen in movies like Deewaangee, Roti Kapda Aur Makan and Satyam Shivam Sundaram.