Romeo Yanger: This LA Based Indian American Actor is one big break away from stealing your hearts 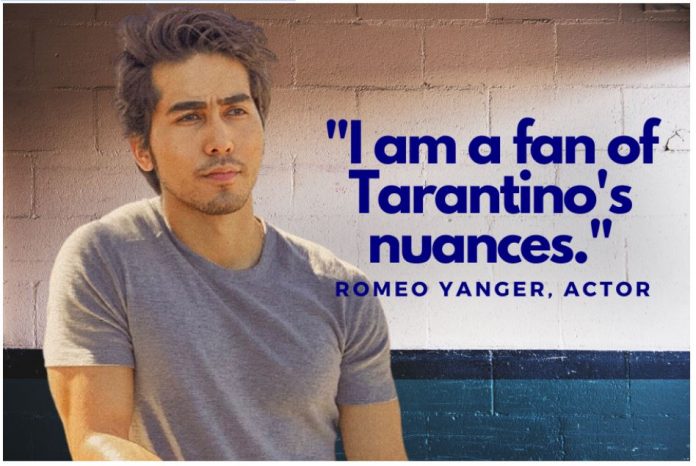 It’s certainly a rare and valuable skill when actors are able to connect with their characters and project those emotions towards an audience. This is because the way we feel translates easily into characters and enables the audience to empathize with them in a way they might not be able to if this was done by any other type of performer. I had the through working on my independent film about being an actor in Los Angeles; it’s certainly an art form that deserves some real love!

The world of entertainment is an interesting one and it can be a bit scary too. Acting is never as simple as it may seem from the outside looking in. Thinking that you are only hard-working or talented will get you nowhere fast. So keep some room for creativity and passion and a strong sense of discipline. Know who you are and what your goal is so if someone asks you, “What do you want to be when you grow up!?” You can respond faster than anyone else around! Otherwise, good luck with your career!”

Romeo expresses that movies are what make us forget our identity for a couple of hours and that we’re able to immerse ourselves in a particular story. This seems universally true because films from all over the world can pull us into their place and time simply by discussing real-life issues that apply to everyone regardless of gender, nationality or religion.

Romeo told us that as of now, he is entirely focused on his acting career but earlier when he used to study at acting schools, he would do odd jobs as a waiter, cashier or courier delivery boy. He discovered early on how to interact with and handle people from different backgrounds; it was these experiences that taught him the nuances of human behavior in different circumstances. It’s remarkable how much we can learn at such a young age!

“Being a fan of Quentin Tarantino and Christopher Nolan, Romeo Yanger loves the cinematic portrayal of nuances of characters.”

Romeo Yanger is a fan of Tom Cruise and Al Pacino. He would like to become a star just like them, so he’s been working really hard on his skills, which are required for him to become a true ‘global’ movie star. Romeo has said that Zoya Akhtar is his favorite director too. That’s because she always makes movies with real life characters, without them being portrayed as being larger than life. They are both very similar in this regard according to Romeo, who also expressed his wish of working in one of her future projects too!

Great people will almost always owe a great deal of their success to the other people who helped them become who they are. In the case of Romeo Yanger, this person was his father. The actor revealed that his father is one of his biggest creative inspirations. It’s easy to understand why, given that it was his father who encouraged him to take up film-making and pursue an acting career in the first place earlier on! Moreover, with such filial support from parents like this it’s no wonder Mr. Yanger is such a well-adjusted adult today because encouragement from family members is certainly the key to success when you’re trying to pursue your own goals regardless of what age you are. We really hope to see him on the big screens soon because after all what we have discovered after this interview, we can’t wait.

Top News today: In the top news, you will get the latest breaking news and not only this, here we also update you all with the viral trend that is doing rounds on the internet. Stay tuned for the latest updates.
Read more
Load more