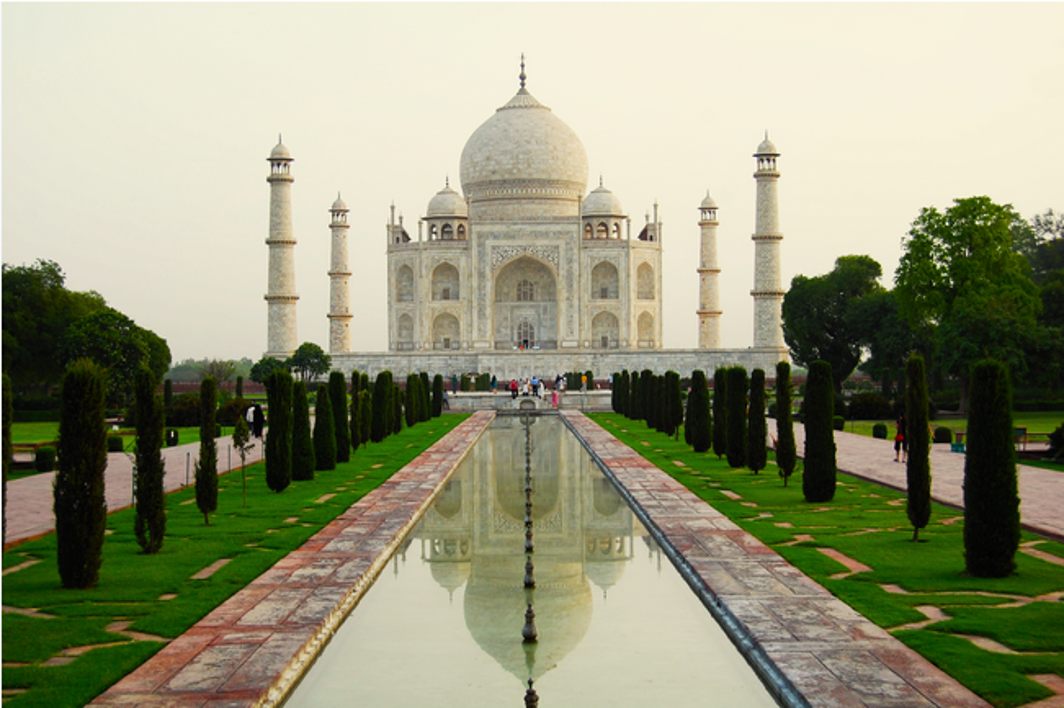 A severe storm that hit Agra on Wednesday, April 11 night damaged the gates of the Taj Mahal complex.

The storm that hit Agra and other parts of Uttar Pradesh uprooted several trees, damaged the power poles inside the city and caused damage to the gates of the magnificent monument.

The 12-foot metal pillar at the royal gate, also called the Darwaza-e-Rauza entry gate of the Taj Mahal, crashed down in winds of over 130 km/hr, said media reports.

Darwaza-e-Rauza or the royal gate is one of the components of the monument complex, which includes the mausoleum, the mosque and the guest pavilion. It provides visitors the first glimpse of the Taj to visitors.

A north-west pillar on top of the royal gate and a flower vase in stone and a brass filial were brought down in the thunderstorm, said Ankit Namdev, conservation assistant of the Archaeological Survey of India (ASI) at Taj Mahal, The Hindustan Times (HT) reported.

Similar loss happened at the southern gate too, he said, adding that a portion of the wall of Rewti Ka Bada got damaged when a tree fell on it. A red sand stone flower vase at Sahindi Begum Makbara also broke and fell, said the HT report.

No damage has been assessed yet on the main monument made of white marble.

Namdev said the damage would be assessed and restoration measures planned accordingly after having full details of damage. Similar assessment will be done at other heritage structures in Agra district, which has 198 ASI-protected structures including three world heritage listed monuments — the Taj Mahal, Agra Fort and Fatehpur Sikri.

Taj Mahal is amongst the Seven Wonders of the World. In the year 1983, the monument was listed as the UNESCO World Heritage Site for being ‘the jewel of Muslim art in India, and one of the universally admired masterpieces of the world’s heritage.’ The monument alone is the reason for nearly 7–8 million visitors in India a year.

The ivory-white marble mausoleum, on the banks of the River Yamuna, was built by the Mughal emperor, Shah Jahan in the memory of his beloved wife Mumtaz Mahal. One of the prime features of the monument is the tomb, and the main chamber has the graves of Mumtaz Mahal and Shah Jahan at a lower level.

The rain and thunderstorm lashed Agra and other cities of Uttar Pradesh including Kanpur, Mathura, Kannauj, Farukkhabad, Etawah and Mainpuri on Wednesday for nearly 30 minutes and claimed three lives in Mathura district.

The rains also damaged harvested crop still in the open, reported IANS quoting an official. The potato harvest, which is already hit by poor marketing and bad pricing, is also set to take a beating by the rain, he added.