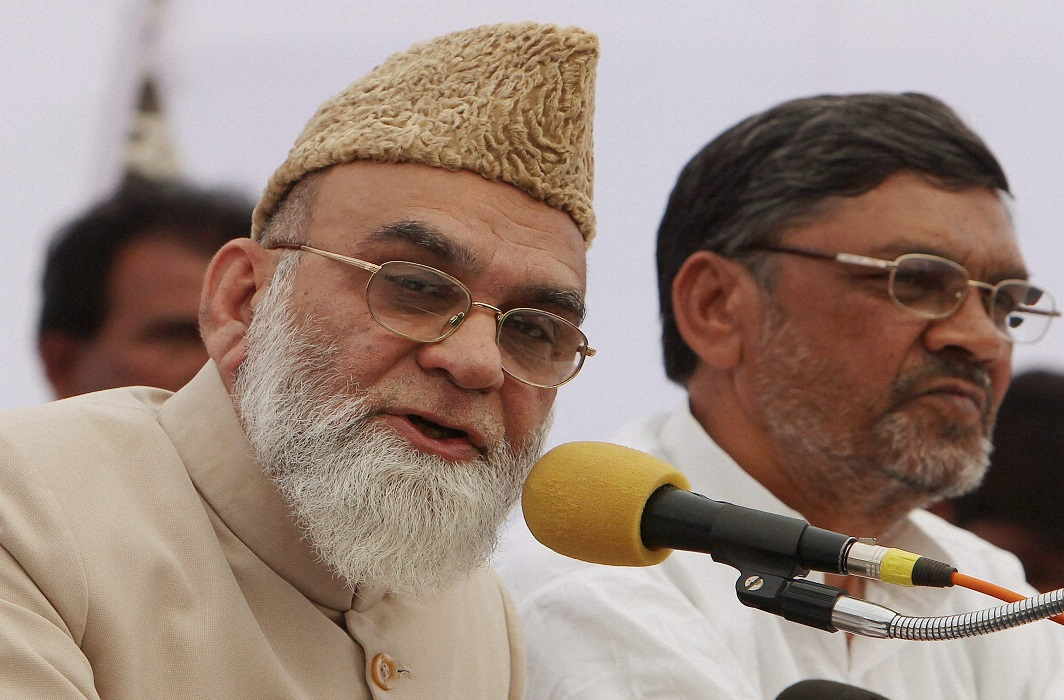 RSS and BJP has on Saturday condemned the Shahi Imam of Delhi’s historic Jama Masjid Syed Ahmed Bukhari for writing a letter to Pakistan Prime Minister Nawaz Sharif urging to use his good offices to end the ongoing volatile situation in Kashmir valley. He asked Sharif to initiate dialogue with separatist Hurriyat leaders.

“He shouldn’t have written this kind of letter to Pakistan’s Prime Minister; this is wrong. This is a matter between India and Pakistan. The Governments of both the countries are having talks on the same. A single person belonging to community doesn’t have any right to bypass his own government and write a letter to the government of the other country,” BJP leader Zafar Islam said.

BJP’s ideological patron RSS was also of the same view. Rakesh Sinha, the RSS ideologue said Bukhari has, in a way, given an authentication to the Hurriyat by writing the letter without informing the government.  “Has he written the letter on behalf of Sunni leaders or on behalf of Jama Masjid’s Imam or that of Indian citizen?” Sinha asked Bukhari to clarify.

However, Bukhari did received support from a few leaders. Shahi Imam of Shahi Masjid Fatehpuri Mufti Mukarram Ahmad has said that India must hold talks with Pakistan to find a permanent solution to the ongoing strife in the Valley.

In the letter dated June 22, Bukhari cautioned Sharif that the Kashmir issue can neither be solved through guns and stones nor through military expeditions.

“With all the intellect, wisdom and prudence at our disposal, we must make every effort to save Kashmir from the dangerous destruction and devastation it faces and pave the way for restoration of peace. The common people of Kashmir are in a state of terror and helplessness as they find their dreams for peace shattered,” Bukhari said in his letter.

“We should create an environment conducive for the talks at the earliest. Through exchange of views and dialogue on the larger issues, we all should formulate a strategy that is in the interest of both nations,” he added.

“I request you to kindly persuade the militant youth and Hurriyat leaders to agree for a ceasefire through your good offices and influence,” he concluded.