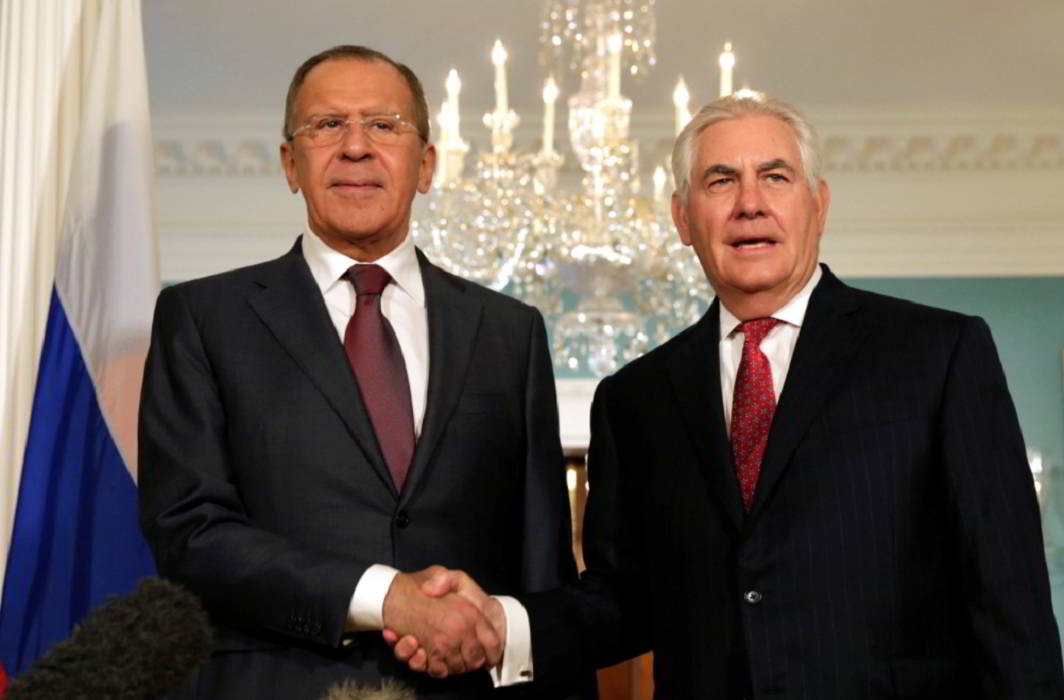 Russia has slammed US administration for pursuing double standard approach while fighting against terror in Syria and alleged Washington for encouraging bloody provocations against Russian and Syrian forces.

Russian foreign minister Sergei Lavrov, while talking to Asharq al-Awsat, a London based Arabic-language daily, cast doubt on the activities of US backed militants as well as Washington-led coalition engaged in what they claim to be anti-Daesh (IS) operation in Syria. The interview was published on Wednesday,

“If you apply double standards, divide terrorists into ‘bad’ and ‘very bad,’ force others to enter the coalition on political motives, forgetting about the necessary UN sanction to approve these actions, then it’s hard to speak about the effectiveness of an anti-terror campaign,” Lavrov said.

The Russian allegations against US administration of pursuing “double standard” in Syria came for the first time since President Donald Trump occupied White House in January this year.

“In some cases, these [US-led] forces have indirectly encouraged other terrorists to attack strategic positions rightfully regained by Damascus, or they have deliberately engaged in bloody provocations against our forces,” Lavrov said.

“In other cases, they inspire other terrorists to attack strategic locations over which official Damascus has restored its legitimate authority, or to stage fatal provocations against our military personnel,” he added.

There are reports of increased tension between US-backed militants and Syrian government forces supported by Russia in Syria’s Dayr al-Zawr. This is the largest city in the eastern Syria and the seventh largest in the country.

The Russian Defense Ministry had reportedly said last month that Syrian troops had been twice targeted with mortar and rocket fire from the regions where the US-sponsored Syrian Democratic Forces are active.

According to Tass news agency, Russian foreign minister Sergei Lavrov has said that Moscow sees no serious efforts by the US-led coalition to fight against the Jabhat al-Nusra terrorist group in Syria.

“Until recently, already after the new (US) administration came to power, we don’t see any it’s serious efforts against Jabhat al-Nusra. Although it has a different name now, its essence remains unchanged,” Lavrov said on the sidelines of an internal security meeting in the southern city of Krasnodar.

Russia has been conducting air raids against Daesh and other terror groups in Syria at the request of President Bashar al-Assad since 2015. Damascus has been fighting multiple foreign sponsored terrorist groups since March 2011.

On the contrary, US and its regional allies have been supporting anti Damascus groups in a bid to topple the Bashar al-Assad government in that country.