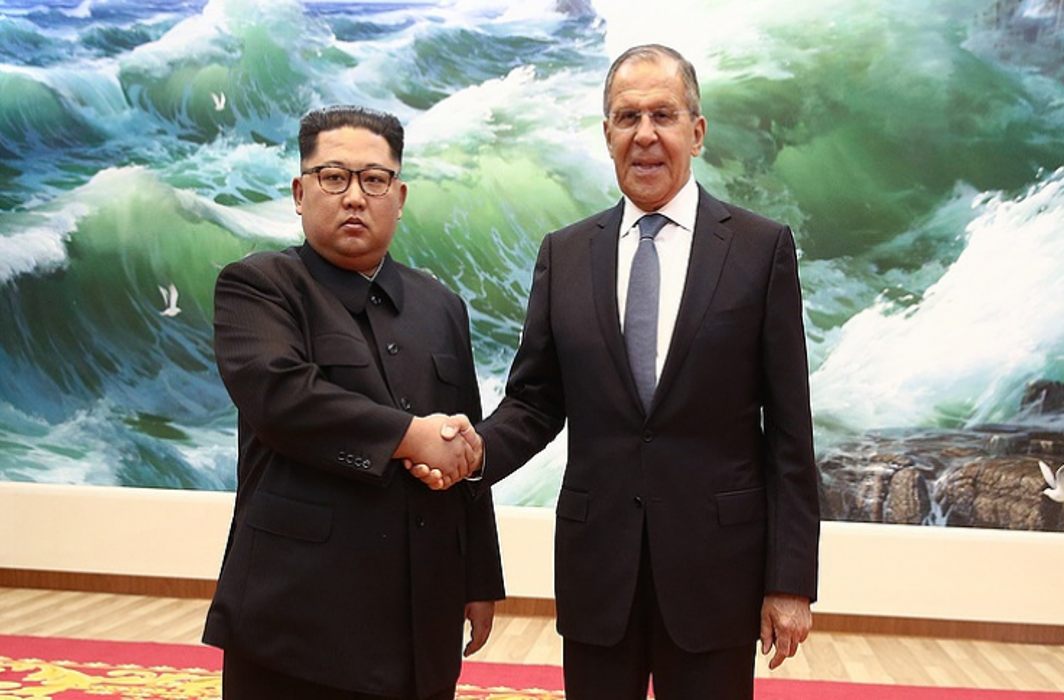 According to Russian official TASS news agency, the statement said, “On May 31, Russian Foreign Minister Sergei Lavrov made an official visit to the Democratic People’s Republic of Korea and was received by Chairman of the State Affairs Commission Kim Jong-un.”

Russian foreign minister Sergei Lavrov met his North Korean counterpart and discussed bilateral relations. The official statement described the meeting saying, “The talks with North Korean Foreign Minister Ri Yong-ho discussed the current state of and the prospects for the further development of friendly relations and cooperation between Russia and North Korea, as the two countries celebrate the 70th anniversary of diplomatic relations this year.”

“There was a thorough exchange of views on the situation surrounding the Korean Peninsula, with the focus on ways to enhance the coordination of efforts aimed at finding political and diplomatic solutions to the entire range of issues the sub-region has been facing,” the statement says.

North Korea’s official media outlet KCNA Watch has not revealed the details of Russian foreign minister Sergei Lavrov’s meetings in Pyongyang so far. It carried a small report about Lavrov laying a “floral basket before the statues of President Kim II sung and leader Kim Jong Il on Mansu Hill and paid tribute to them”.

Meanwhile The North Korean leader’s right-hand man and former spy chief  Kim Yong-chol met US Secretary of State Mike Pompeo for a steak dinner at a Manhattan apartment in New York and discussed plans for a historic summit between the two leaders.

The two senior functionaries of the respective governments will meet have two more meetings on Thursday.

North Korean leader Kim Jong-un‘s top envoy reached New York on Wednesday. The 72-year-old Kim Yong  chol is known as one of the most powerful people in Pyongyang. He also played key role in holding recent historic summit between Kim Jong-un and his South Korean counterpart Moon Jae-in. The two leaders met second time within a month at the demilitarized zone last week.

North Korea Times reports from Washington reports that “after cancelling the potentially historic summit with Kim Jong-un, the US president Donald Trump is now dealing with the summit with certain urgency”. He has dispatched his administration officials across Asia, and a team of US negotiators have also been posted along the Korean Demilitarized Zone for talks with officials from North Korea.

The Pyongyang based daily further reports that “A large advance team led by deputy White House chief of staff Joe Hagin arrived in Singapore late on Monday to make logistical preparations for the summit and the arrival of a corresponding team from Pyongyang is now expected”.

According to reports Trump has been pressing his advisors to move ahead with the goal of making the June 12 meeting possible, despite concerns among top national security staff that there isn’t enough time to prepare.