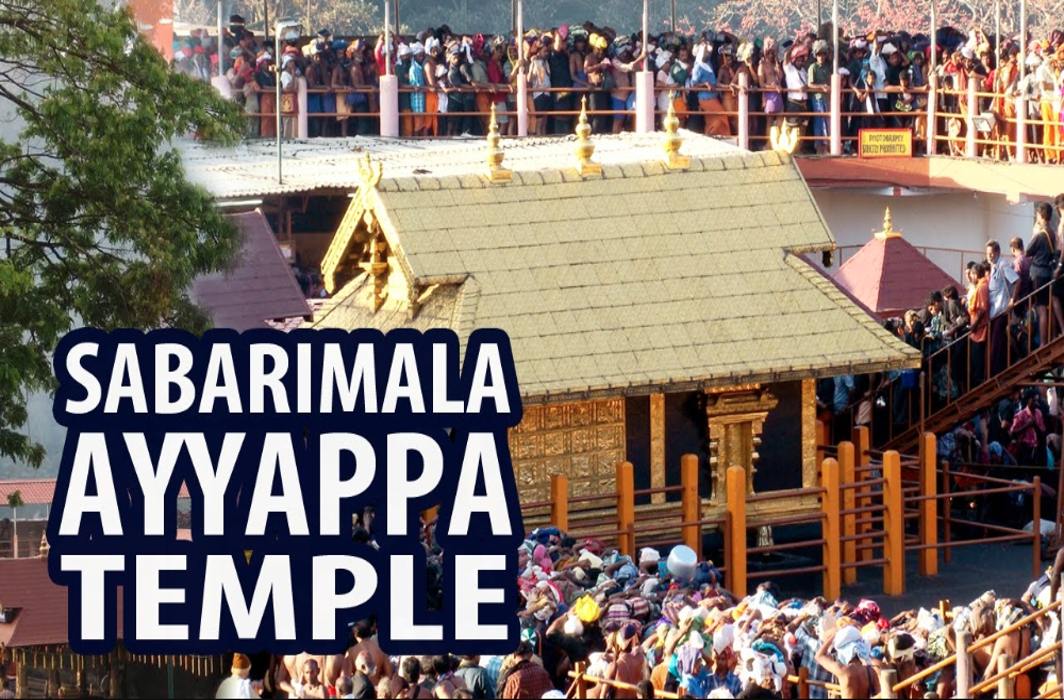 My own experience of Sabarimala causes me to rub my eyes with disbelief at the spectacle of what poet Niaz Haider called “badsoorat siyasat” not quite the same as ugly politics. I owe my visit to Sabarimala in 1982 entirely to Bob Murari, the distinguished IAS officer of Tamil Nadu cadre who, along with his brothers, undertook the pilgrimage annually to wash off his sins.

Would the faith into which I was born be an obstacle? Not at all, said Bob, quite the contrary. The Sabarimala deity, Lord Ayyappa’s favourite was a Muslim devotee named Vavar Swamy whose shrine, before Ayyappa’s, is visited by most pilgrims. The Murari brothers and I obtained our share of Vibhuti or holy ash from a Muslim priest, his long beard coming virtually upto his navel.

The trek from the base of the hill across Pamba River is through lush forests reverberating to the sound of Vavar Swamy songs sung by Jesudasan. That a pilgrimage so all embracing of religions should be transformed into a battle ground between devotees, the state and the Supreme Court is because of the very special talent for mobilization which is patent to the BJP alone.

Multiple strands harmonized in Sabarimala. But the pilgrimage has been transformed into a cauldron bubbling over with mischief with political intent.

The BJP President Amit Shah’s game is straightforward. He is eager to do a Tripura in Kerala. The Tripura results were the biggest shock I had experienced in 50 years of covering politics. I have on my shelf a book “Tripura’s Bravehearts” by B.L. Vohra, former Director General of Police in the state. It is an unbelievable document. Never will you find a decorated police officer shower praise with such enthusiasm on a serving Chief Minister. Vohra’s successor in Agartala took my breath away. He reported a solitary case of domestic violence as the only breach of law and order in the state capital in the past year. The state had the highest rate of literacy. It held a record for implementing central schemes in the shortest possible time. It was a dream government. The greatest achievement of the CPM government over the past 30 years had been the end to the country’s fiercest insurgency. The tribal-non tribal harmony was an architectural achievement. The BJP campaign has excavated along this fault-line, pouring huge sums of money in the process.

This extended narration on Tripura is with one purpose: to demonstrate the BJJP-RSS will be to win against impossible odds. In this case, all means are kosher. Kerala is, by comparison, an easier citadel to conquer because the Congress and the BJP are, on the Sabarimala issue, broadly on the same side. Amit Shah has chastised the Supreme Court for having ruled that young women, whose entry to Sabarimala were banned so far by ancient custom be allowed entry. The State Congress has in fact taken an even tougher stand. Ramesh Chennithala, Congress leader in the Assembly, is insistent that the BJP at the Centre bring in an ordinance to nullify effects of the SC judgement. BJP State President, P.S. Sreedharan Pillai throws up his hands. “It is a state subject – the Centre is helpless unless the State Assembly makes the demand.” His target is the CPM led Front.

“Rubbish” shouts Chennithala, it is in the concurrent list and does not require the State Assembly’s certificate. The implication is that the BJP government at the Centre is unwilling to open the ordinance route in such matters because the party would then come under pressure to bring ordinance elsewhere – Ram Mandir, for instance.

This one-upmanship on Sabarimala casts both the parties as hardliners, opposed to the Supreme Court directive. The Congress is, in fact, following a folksy, Awadhi saying” “tum daal, daal to hum paat, paat.” (If you climb the branches; I shall climb the leaves). The Congress’s Chennithala says Ayyappa devotees be given the status of a religious sect under article 26, immunized from any legal interference. “My party is with the believers” he asserts.

Since the late K.Karunakaran’s Chief Ministership, the Congress has always been BJP-neutral, largely because its biggest political opponent is the Communist-led Left Front. The BJP never entered the assembly, but it consolidated 0.5 to 1.0 percent vote across the State. Whenever this 1 percent vote was injected into the election process, the Congress-led United Democratic Front generally wins. Margins of victory in Kerala are thin.

The post-Sabarimala bonhomie is in a different context. The scales are different. An aggressive BJP at the Centre has, by sheer will to power, achieved the near impossible in Tripura. It is eager to repeat the performance in Kerala. Even if the BJP takes an electoral dip in the 2019 elections over all, Kerala by itself will be a great trophy. It was the first state in world history that brought Communists to power through the ballot box in 1957. Salvador Allende came to power in Chile democratically much later, in 1972.

While the Congress in Kerala has been tactically soft on the BJP, it has had to fight the BJP tooth and nail in Madhya Pradesh and Rajasthan. Diverse experiences institutionalized two broad Congress approaches to the BJP – the Karunakaran model and the Arjun Singh model, shaped by their politics in their respective states.

One of Karunakaran’s great ambitions was to remove any doubts about Prime Minister Rajiv Gandhi’s caste, since his father Feroz Gandhi was a Parsi. He escorted a bare-bodied Rajiv Gandhi several times to the Guruvayoor temple. These visitations must have had the appropriate effect. For this reason, Congress spokesman, Randeep Surjewala, was able to assert in the course of the Gujarat campaign that Congress President Rahul Gandhi is a Janeudhari (Thread wearing) Hindu, which means a Brahmin. Rumors are now afoot that itinerary for Rahul Gandhi is in the works to enable him to undertake the pilgrimage to Lord Ayyappa’s shrine in Sabarimala when the temple opens in November. Who knows the BJP may field Modi in the spirit of competitive piety.