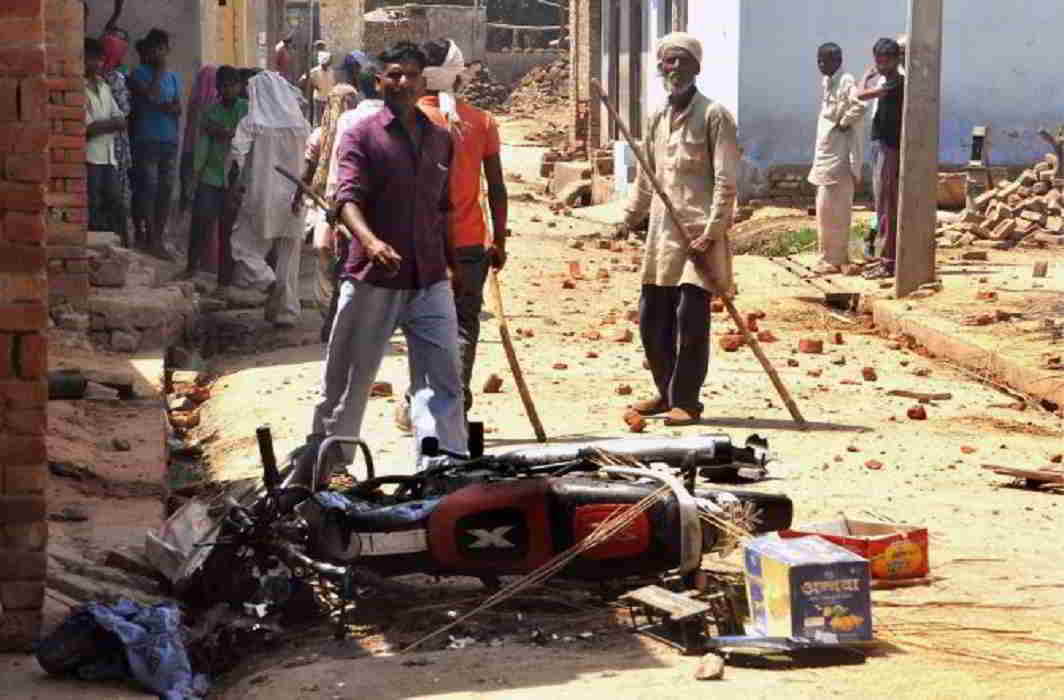 Uttar Pradesh Director General of Police Sulkhan Singh will be visiting Saharanpur district on Monday as the law and order situation in the district was tense following clashes between Dalits and upper caste Thakurs on Friday. The clash, which killed one person and left more than 20 injured, is the biggest in the district in a month.

“We have registered cases against those involved and strict action will be taken. No one will be spared,” the police chief said.

The Dalits organised a massive protest on Saturday demanding action against the members of Thakur community of Shabbirpur village where the incident took place.

The violence erupted after commotion over the memorial procession during the birth anniversary celebrations of Rajput king Maharana Pratap. Members of the Dalit community had objected to the loud music during the procession which led to the ruckus. Reports say that an Ambedkar statue in the village had been destroyed during the clash.

The UP government has clarified that it has been doing the best to pacify the situation. Seventeen people have been arrested and 6 first information reports – 4 by upper caste members, 1 by Dalits and 1 by police – have been filed so far.

Last month, a violent clash had erupted in Sadak Dudhali village in the same district during a rally to mark BR Ambedkar’s birth anniversary and several people including local MLA Raghav Lakhanpal Sharma and SSP Love Kumar were injured during the conflict.