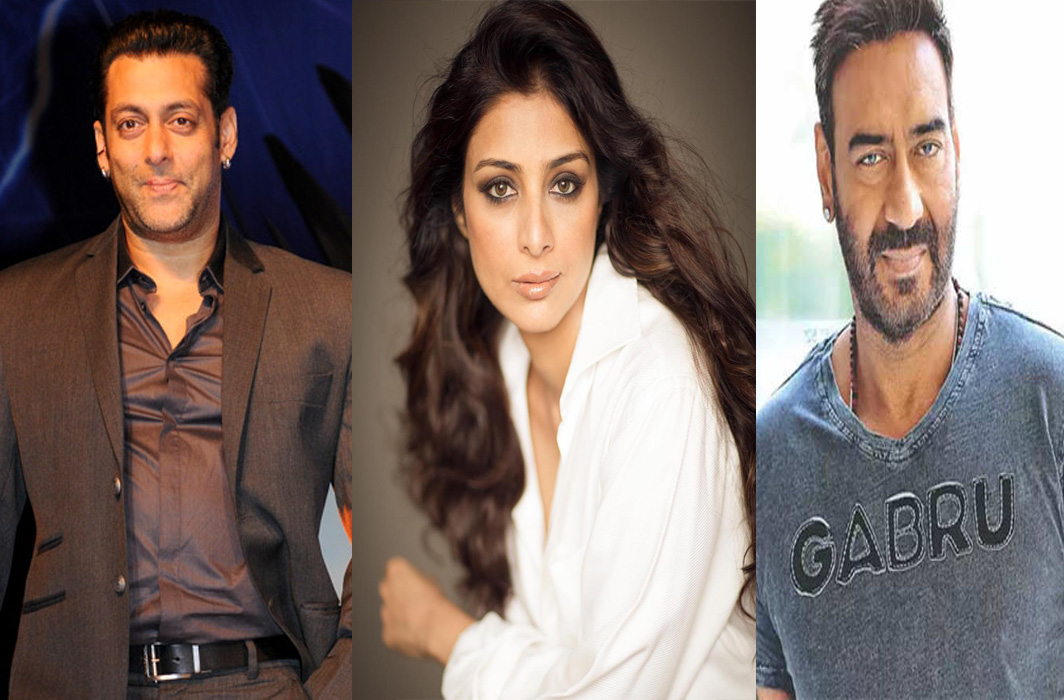 In her over three-decade-long career in movies Tabu has not only built a stellar filmography but also found ‘unconditional’ friendships with Salman Khan and Ajay Devgn.

The 47-year-old critically-acclaimed actress says from just being co-stars Salman and Ajay have become family, who she believes will never let her ‘fall.’

The actor, who first tasted success as a Bollywood heroine in 1994 with Vijaypath co-starring Ajay, 50, went on to appear alongside him in films like Haqeeqat, Thakshak, Drishyam, Golmaal Again and the latest De De Pyaar De.

With Salman, 53, she has worked in Biwi No 1, Hum Saath-Saath Hain, Jai Ho and upcoming Bharat.

Tabu says her equation with the two stars is not about constantly being in touch or extracting favours, but is based on trust and love. “You meet people like the Salman and Ajay who transcend your work relationships and just by being the people they are, they become that for you. It’s not like ‘banking’ on them, but you know these are the bonds wherein you don’t have to meet, express or profess friendship for each other. They are unconditional,” she said.

“I love these people unconditionally. With Salman, it is one of the non-negotiable relationships I have. It’s amazing to have that kind of trust and belief in a relationship without giving it any name,” Tabu added.

In De De Pyaar De, which hits the theatres on Friday, Tabu plays Ajay’s ex-wife. She, however, did not share any details about her part in Salman’s Eid release Bharat, in which she has a cameo.