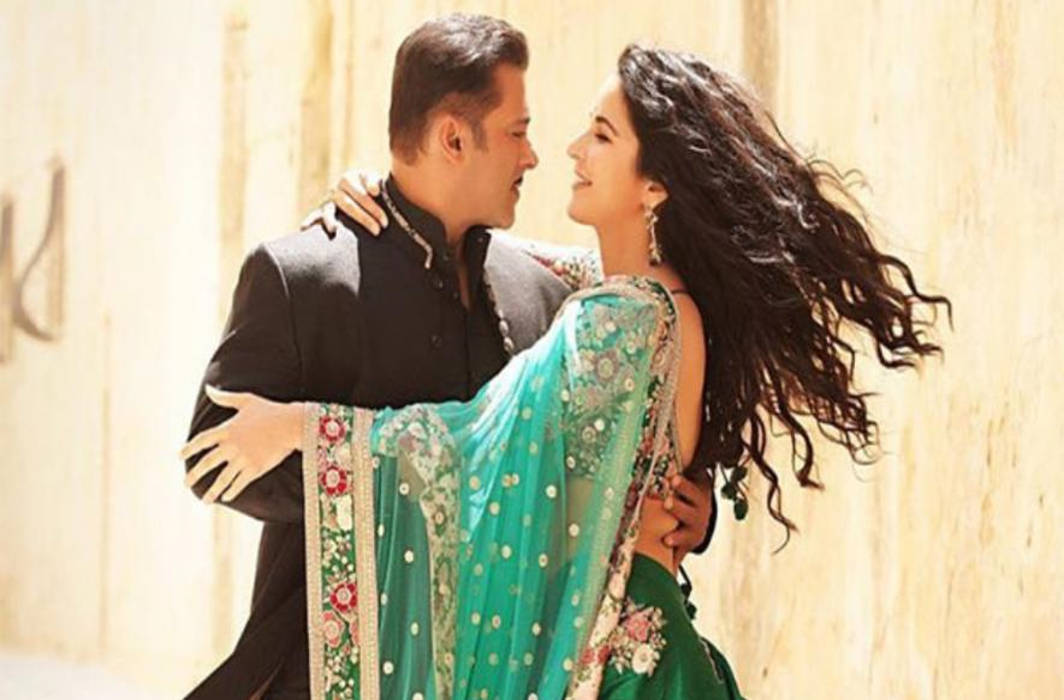 Salman Khan and Katrina Kaif are busy these days for their upcoming film Bharat, and have been shooting for the film at various locations across the world. Atul Agnihotri’s Reel Life Production ‘Bharat’ is Salman and Katrina’s fourth film together, after Maine Pyaar Kyun Kiya, EK Tha Tiger and last year’s Tiger Zinda Hai, which was also directed by Ali Abbas Zafar.

On Thursday morning, Salman and director Ali Abbas Zafar shared a photo of the actor and Katrina Kaif. Sharing it, Zafar wrote: “Journey of a man & nation together @Bharat_TheFilm @BeingSalmanKhan #KatrinaKaif @WhoSunilGrover @DishPatani.”

It can be clearly witnessed from the pic that both Salman and Katrina have their backs facing the camera as they are looking at Pakistan from the Wagah Border in India. While Salman is wearing a suit, Katrina is clad in a saree, complete with a shawl and wavy hair.

While major details about the film are being closely guarded, a glimpse of the first looks of these two actors was released by Salman on Instagram. Directed by Ali Abbas Zafar, who has previously helmed Salman-Kat’s Tiger Zinda Hai, Bharat has been hogging headlines for its unique plot.

This isn’t the real Wagah Border in Amritsar. A crew member told the media that the film’s team rather recreated the Indo-Pakistan border area in Ballowal village in Ludhiana, Punjab. This is because shooting isn’t allowed by the Border Security Force (BSF) at the Wagah Border due to security reasons. Also, because Bharat has scenes which require the actors to cross the border and move to the Pakistani side and that isn’t allowed by either country.

Bharat, a Hindi adaptation of South Korean film Ode to My Father, stars Salman as a circus artist and will feature him in five different looks, spanning over 60 years, including a crucial part which will showcase the actor in his late 20s, looking much leaner and younger.

Bharat also stars Tabu, Disha Patani and Sunil Grover in pivotal roles and is scheduled to hit the theatres on June 5, 2019.