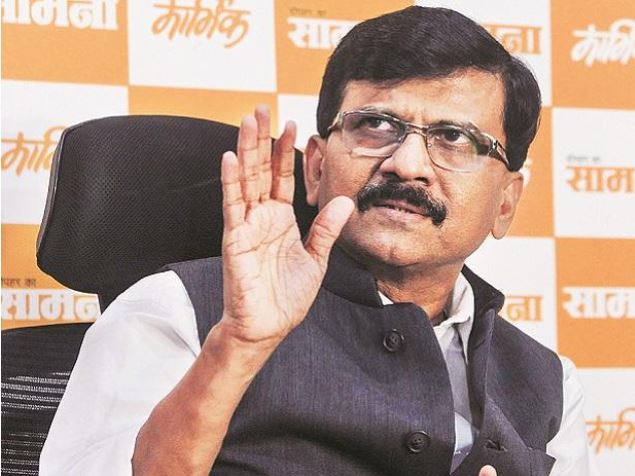 The Shiv Sena on Sunday reacted sharply to the BJP’s claim of reopening worship places in Maharashtra is the victory of Hindutva. Replying to the BJPs statement, the Shiv Sena MP Sanjay Raut said the decision to close the places of worship was taken by Prime Minister Narendra Modi in view of public interest and it has nothing to do with Hindutva. The worship places in the state have been closed since lockdown in March.

The Shiv Sena leader told the reporters that the lockdown was imposed by Prime Minister Narendra Modi and he also had decided to shut worship places in the state. So, there is no reason for the BJP to take credit for the victory of Hindutva as the decision was taken amid the Covid pandemic. Responding to the BJP MLA Ram Kadam’s statement of claiming only the Uddhav Thackeray government had taken the decision to re-open worship places after immense pressure by the opposition party.

On Saturday, the Uddhav Thackeray had confirmed that places of worship across the state would be allowed to re-open from Monday with Covid safety measures. As per the Standard Operating Procedures released by the state government, religious places located out of Covid-19 containment zones will be allowed to remain open as per the timings decided by authorities, and devotees will be allowed inside in a staggered manner.

Stressing on the use of face mask, hand sanitisers and social distancing norm, Minister of the Water Resources Department Jayant Patil said it was the right time to open the worship places for the people of the state.  Places of worship were first allowed to re-open back in June under the Centre’s Unlock1..

Maharashtra’s ruling Shiv Sena and its one-time ally BJP have repeatedly clashed on the issue of re-opening of the worship places. Last month it triggered clash between the Maharashtra Chief Minister Udhav Thackeray and Governor BS Koshyari. The Governor, in a sarcasm-dense letter, described Thackeray as a strong votary of Hindutva and then asked if he had turned secular. The Chief Minister replied that his Hindutva did not require any certificate from BJP.

Asked about Shiv Sena’s mouthpiece Saamna’s progress on his 60th birthday on Sunday, the executive editor said he had spent half of his life in Saamana. He also said in his reply that Saamna is the strength of the Shiv Sena and will continue to do so. Earlier, on Saturday, reacting on the Barack Obama’s remarks on Congress leader Rahul Gandhi in the former US president’s new book, Raut told reporters that foreign leaders cannot comment on politicians of our country.

Maharashtra is the state worst affected state by coronavirus with nearly 17.45 lakh cases. Of these nearly 46,000 are deaths and around 86,000 are active cases. As per the data from Health Ministry, the state’s Covid tally has recorded over 90,000 confirmed cases. The figure is growing rapidly every day.

Weeks before the first phase voting in Uttar Pradesh, Shah's along with other part leaders high voltage Mathura visit is being seen as part of the BJP's efforts to project Mathura as one of the three symbolic Hindutva bastions after Ayodhya and Varanasi.
Read more
Latest india news

In an extremely rare instance of a recipient turning down one of India's top civilian honours, former West Bengal Chief Minister and...
Read more

In Dinesh Karthik’s words, Jadeja used to be a reckless kid during his early days, which is not the case anymore.
Read more

In Dinesh Karthik’s words, Jadeja used to be a reckless kid during his early days, which is not the case anymore.
Read more