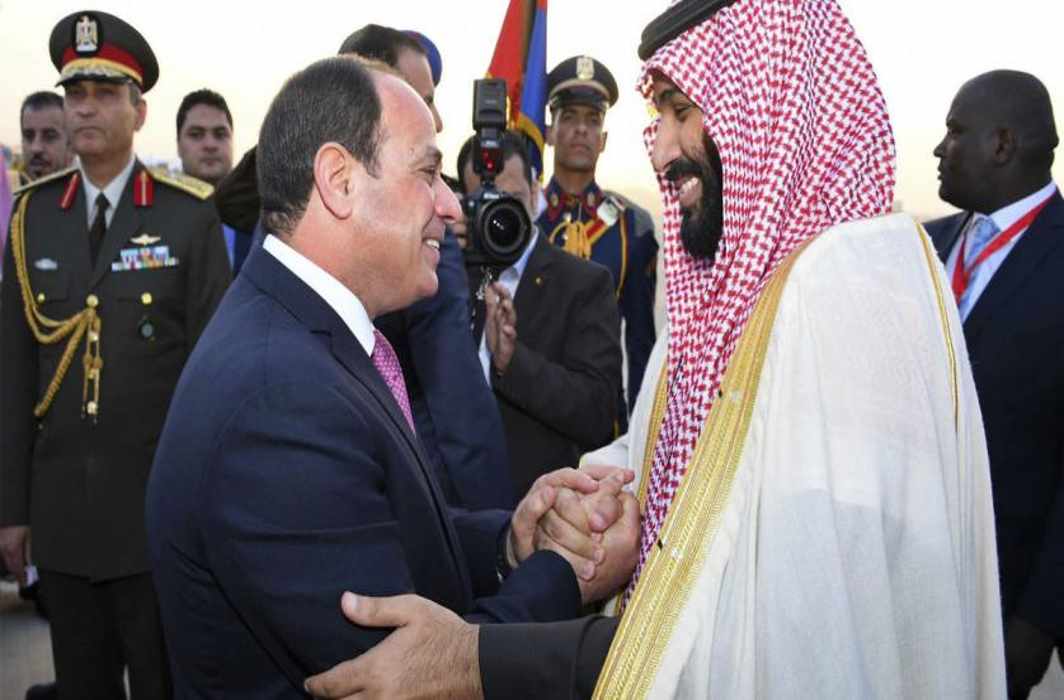 In a major bonhomie development between two major US allies in the Middle East, Saudi Arabia and Egypt have decided to set up a joint fund worth more than $ 10 billion to develop a megacity and business zone planned to be built by Riyadh on more than 1,000 square kms of land in the southern Sinai Peninsula, committed by Cairo.

Reuters quoted unnamed Saudi official saying that Egypt has committed land to a planned mega-city and business zone unveiled by Saudi Arabia last October. The territory along the Red Sea is part of a joint fund worth more than $10 billion and announced by the two countries late on Sunday during a visit to Cairo by Saudi Crown Prince Mohammed bin Salman, also known as MBS.

Saudi Crown Prince arrived in Cairo on Sunday evening for a three-day visit and held meeting with President Abdel Fettah el-Sisi. He will travel to London and Washington after Cairo. This is his maiden foreign trip taking him to one of its closest allies in the region

Prince Mohammed previously announced plans for the 26,500 square km zone, known as NEOM, with its own judicial system and legislation designed to attract international investors, at an international investment conference in Riyadh. The mega-city is supposed to focus on industries such as energy and water, biotechnology, food, advanced manufacturing and tourism.

The location of NEOM, close to Israeli territory and also Egyptian  city of Sharm al-Sheikh, known for its beaches popular among western tourists coupled with ongoing cultural transformation under Crown Prince Mohammed bin Salman indicates the future scenario. The NEOM was originally conceived to develop across Saudi Arabia, Egypt and Jordan.

Saudi Arabia plans to build seven cities and tourism projects, while Egypt will focus on developing the existing resort cities of Sharm El Sheikh and Hurghada, the Saudi official said. The public and private investment in the area was eventually expected to $500 billion mark.

Saudi Arabia is known for its conventional and extremist Wahabi ideology. In recent months thousands of Wahabi preachers were reportedly detained. Videos of religious preachers’ detention even during their speeches in mosques were in public domain.

The Saudi official has also disclosed that the kingdom will also work with Egypt and Jordan to attract European cruise companies to operate in the Red Sea during the winter season. Riyadh is negotiating with seven important cruise companies.

Saudi Arabia will also set up 50 resorts and four small cities as part of a separate tourism initiative announced last August and backed by the country’s Public Investment Fund (PIF).

The Red Sea Project, made up of some 50 islands, will offer a nature reserve, diving on coral reefs and heritage sites. Construction will commence in 2019 and is scheduled to complete its first phase by late 2022.