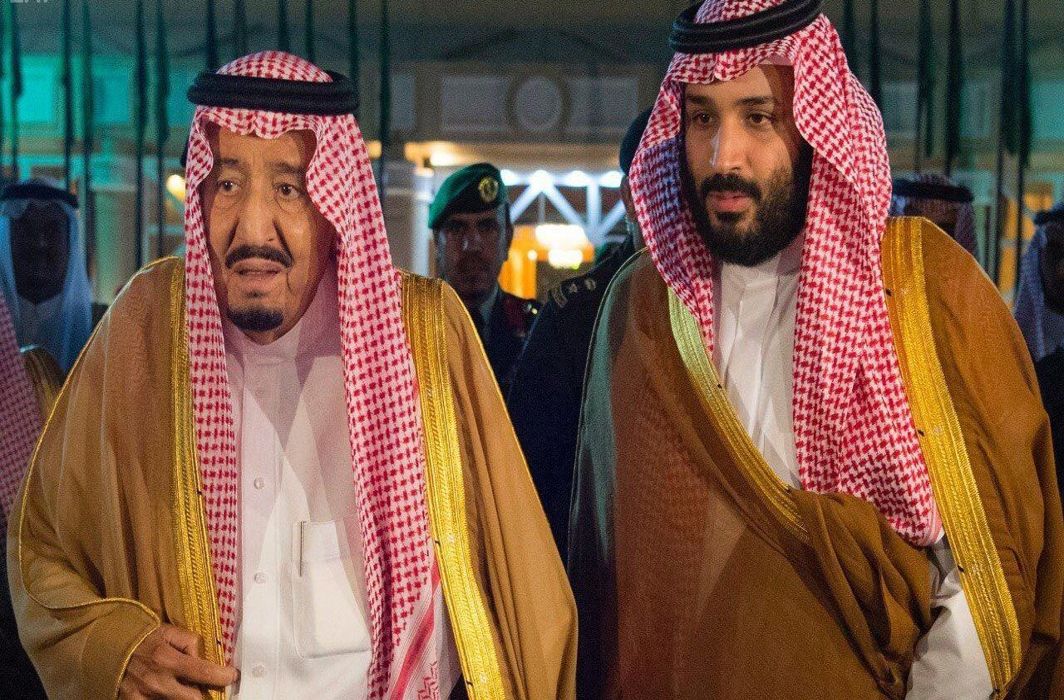 In a sudden move amidst ongoing war on Yemen, Saudi Arabia’s King Salman has fired his top military commanders and reshuffled his cabinet in a shake-up of key security and government ministries on Monday.

Aljazeera carried the story on Tuesday morning while Saudi Arabia’s news outlet alarabiya.net broke the story through twitter posts early Tuesday morning. However, it did not carry any detail or the reason behind the move.

According to royal decrees, those dismissed include the Saudi army’s chief of staff, and the heads of the ground and air defence forces. First Lieutenant General Fayyad bin Hamed al-Ruwayli was appointed the new chief of staff.

Tamadur bint Youssef al-Ramah was appointed as deputy labour minister in a rare senior post for a woman in the kingdom.

Prince Turki bin Talal, the brother of billionaire Prince Al-Waleed bin Talal, was appointed deputy governor of the southern Assir Province.  Prince Al-Waleed was among princes, ministers and tycoons detained in a luxury Ritz-Carlton hotel in an unprecedented crackdown on what the government calls elite corruption.

The sudden move of firing top military commanders and reshuffle in the Kingdom’s cabinet comes at a time when Saudi Arabia faces growing criticism of the war in Yemen. The bloody campaign against Yemen’s Houthi rebels is close to completing three years.

According to World Health Organisation (WHO) more than 9,200 people have been killed in Saudi led campaign while another 2,200 Yemenis have died of cholera.

The official Saudi Press Agency (SPA) announced the “Termination of the services of General Abdul Rahman bin Saleh al-Bunyan, Chief of Staff” adding that “Fayyad al-Ruwaili had been appointed as his replacement.”

Associated France Press (AFP) reports that Al-Bunyan was retired after he inaugurated an arms exhibition this week in Riyadh by the Saudi Arabian Military Industries (SAMI), the state owned defence company.

Theodore Karasik, a senior advisor at the consultancy Gulf States Analytics told AFP that “A military transformation is underway in Saudi Arabia. The changes come on the heels of the SAMI exhibition, which is a critical part of the Prince Mohammed’s reform plan to create an indigenous defence program.”

The Crown Prince Mohammed, the son of King Salman and heir to the throne, is also country’s defence minister and has been consolidating his grip on power in recent months.

Crown Prince is also pushing major economic and social reforms including attracting foreign investors and allowing women to drive and work and opening film screening at cinema halls. These moves are considered to be drastic in a conventional Salafi-Wahabi driven state.

A Saudi-led coalition launched a military offensive in March 2015 after Houthi rebels took over the capital, Sanaa, and large swathes of the impoverish country a year earlier.

Most of the media houses in gulf monarchies never discuss on the royal decrees keeping the news stories shortest possible. On Tuesday morning Saudi Press Agency (SPA) home page carried 14 news items about nine appointments and five about “relieving” of certain officials with approximate 30 words each.