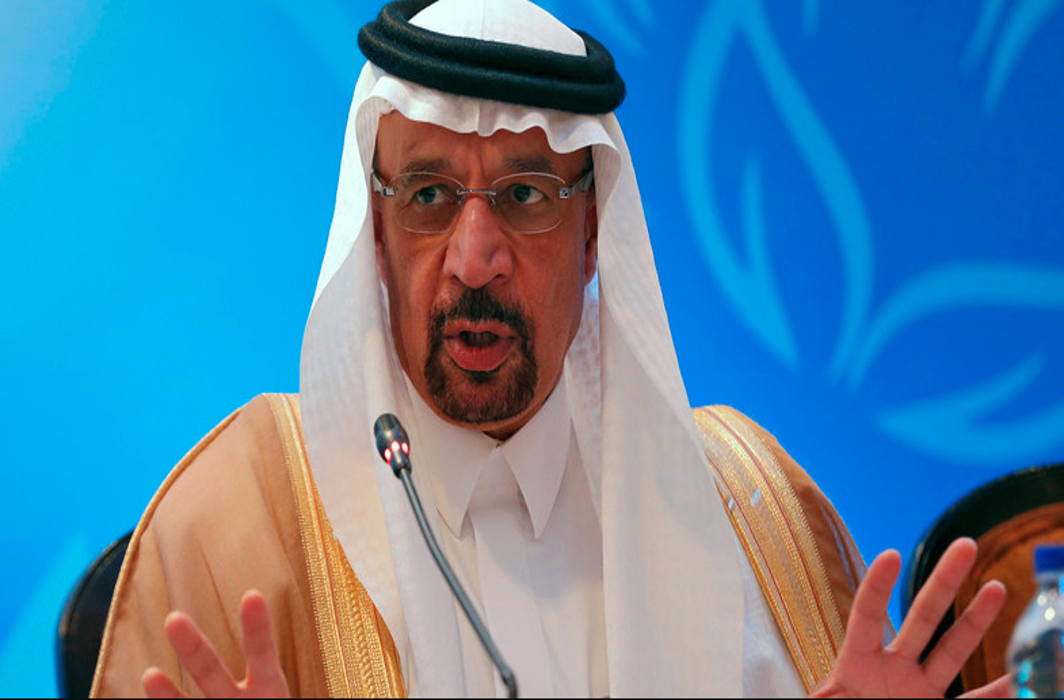 The Riyadh’s move came after Yemen’s Houthi Ansarullah launched retaliatory attacks on a Saudi warship and a vessel operated by the Riyadh-led coalition waging war against the country, reports Press TV.

According to Saudi Press Agency (SPA), the announcement was made by Saudi Arabia’s Energy Minsiter Khalid al-Falih on Thursday saying the kingdom would halt all oil shipment through the strait immediately.

The report said that suspension will last “until the situation becomes clearer and maritime transit through Bab al-Mandeb is safe”, al-Falih said in a statement.

The Saudi Energy Minister quoted a statement by official spokesman of, what they call, the Joint Forces Command of the Coalition to Restore Legitimacy in Yemen, two Saudi Very Large Crude Carriers (VLCCs), operated by the Saudi shipping company, Bahri, transiting through Bab-El-Mandeb Strait, were attacked in the Red Sea by the terrorist Houthi militia this (Thursday) morning.

SPA said that the two million barrels capacity for each tanker were full of crude oil cargo at the time and were headed for export. One of the VLCCs sustained minimal damage. However, fortunately, there were no injuries or oil spill that would have resulted in catastrophic environmental damage. Efforts are currently underway to move the damaged ship to the nearest Saudi port, it added.

Both sides description of the attack contradicts on the details, Houthi administration claimed that Saudi vessels were carrying weapons to be used against their territories while Saudi officials claim that the ships were simply carrying crude oil for export. Houthis also contradict on the day and time of the attack on Saudi vessels by claiming that the incident took place on Wednesday morning while Saudi official agency reported that Houthis attacked on the vessels on Thursday morning.

The Saudi Energy Minister stressed that this terrorist act deters the freedom of navigation and international trade in the Red Sea and Bab-El-Mandeb Strait.

Saudi Arabia led coalition had recently launched a fresh aggression on Yemeni port city of Hudeidah which was repulsed by Houthi Ansarullah movement, which is currently in-charge of country’s administration. However, the ousted Abdrabuh Mansur Hadi government, which is still recognised by the international community, is based in Riyadh, the Saudi capital.

Meanwhile, Lt. Gen. Ali Mohsen, the Vice President in the ousted pro-Saudi government, was quoted by SPA saying that the Houthi attack against a Saudi oil tanker in the Red Sea waters west of the Yemeni port of Hudeidah is a “terrorist act.”

Ali Mohsen has also indicated that the (Houthi) militia’s “repeated attacks with Iranian support against the international shipping ate an obstruction to the efforts that the UN Special Envoy for Yemen Martin Griffiths is exerting to bring about peace.”

He utilised the opportunity for justifying Saudi-led coalition’s fresh aggression on Hudeidah port city saying, “The attack further establishes the militia’s use of Hudeidah seaport as a launch-pad for their numerous terrorist operations.”

He further said that the “insistence of the government and the Arab coalition on liberating Hudeidah from Houthis’ control emanates from their concern about the threat the Houthis pose to regional and global security including the international shipping”.

However, on Wednesday morning, Sana’a based Houthi run al-Masirah television network reported that Yemeni fighters had launched a missile attack on the Saudi Dammam battleship off the western coast.

Yemen’s official SABA news agency later in the day reported that Houthis said they had also targeted a coalition boat off the coast of el-Durayhmi in southern Hudaydah port city.

According to Press TV, a Yemeni navy source (associated with Houthi administration) said that coalition boat was carrying weapons and Saudi-allied forces to Hudaydah, which has been the subject of a military push by UAE forces and allied militants, backed by Saudi air raids.

Moreover, Lebanon’s Arabic-language al-Mayadeen television network quoted the Yemeni navy as saying that the boat had been destroyed and all on board had been killed.

Saudi Arabia and its allies launched the war in march 2015 in support of Yemen’s former Hadi government in against Houthis. Yemeni forces regularly target positions inside Saudi Arabia, which has blocked humanitarian deliveries of food and medicine to the country. According to statistics released by Yemen’s Ministry of Human Rights the Saudi-led campaign has killed and injured over 600,000 civilians.

Several Western governments, especially US, Britain and certain other western countries have been supplying arms to Saudi Arabia. Houthis have also alleged Israel’s involvement in destroying the poor Arab country.