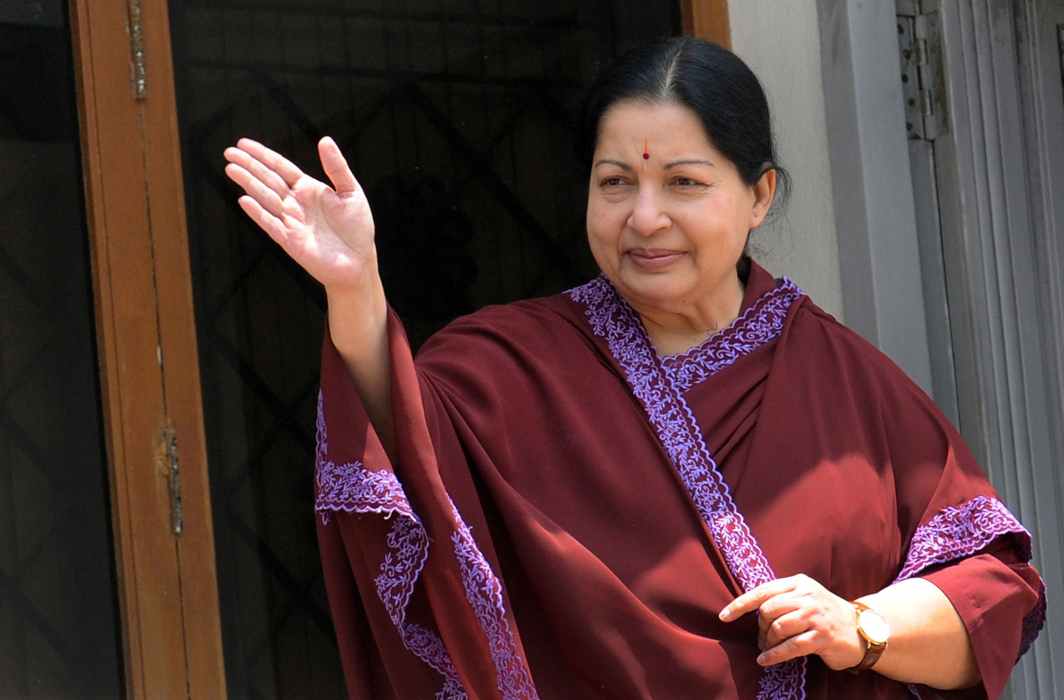 Amrutha Sarathy, brought up as the daughter of the late AIADMK chief’s estranged sister, claims a DNA test will prove Jayalalithaa was her real mother

The continuing war within the AIADMK and among close aides of J Jayalalithaa to claim the deceased leader’s legacy got a fresh twist on Monday as a woman – 37-year-old Amrutha Sarathy – moved the Supreme Court seeking a DNA test which she claimed would prove that she is the biological daughter of the former Tamil Nadu chief minister.

While the Supreme Court Bench of Justices Madan B Lokur and Deepak Gupta dismissed the writ petition moved by Amrutha through her counsel, senior advocate Indira Jaisingh, on the grounds that it was not maintainable under Article 32 of the Constitution, the new twist in the ever-evolving AIADMK political potboiler is clearly one that will be keenly monitored.

The disappointment in the Supreme Court is not likely to dissuade Amrutha, who was brought up as the daughter of Jayalalithaa’s estranged younger sister Shylaja, from pressing for a DNA test to establish that the deceased Tamil icon was her real mother.

Amrutha has been told by the apex court that she can approach the Karnataka High Court with her demand.

Since Jayalalithaa’s ‘mysterious’ death at Chennai’s Apollo Hospital last year, there has been a constant war between political leaders and her close-confidante, the jailed VK Sasikala, for claiming the former chief minister’s legacy.

While it seemed the patch-up between Jayalalithaa’s political aides – Tamil Nadu chief minister Edappadi Palaniswamy and his deputy O Panneerselvam – and their recent victory against VK Sasikala in the quest to get rights to the AIADMK’s ‘two-leaves’ election symbol, was the beginning of an end to the legacy-war, Amrutha’s claim now adds a new twist to the saga.

Interestingly, Amrutha’s aunts – LS Lalitha and Ranjani Ravindranath – both cousins of Jayalalithaa, are co-petitioners in the case that the 37-year-old had filed. Lalithaa and Ranjani had sought the apex court’s intervention to help Amrutha prove her relationship with Jayalalithaa, which they claim was thwarted by AIADMK leader Sasikala.

Amrutha’s story is fascinating, one that could easily pass off as a spicy movie script in Bollywood, or even the Tamil film industry of which Jayalalithaa was a reigning queen before her plunge into politics.

Amrutha has claimed that she was born on August 14, 1980, at Jayalalithaa’s residence in the Mylapore neighbourhood of Chennai but the birth was kept a secret to avoid social stigma and “uphold the dignity of the family as they belonged to a very religious, orthodox and cultured Brahmin family”.

Jayalalithaa, at least as per known official records, had never married and Amrutha’s petition didn’t expressly mention who she believes her biological father was. However, in her petition before the SC, Amrutha claimed that she was adopted by Jayalalithaa’s elder sister, Shylaja, at birth. Shylaja died in 2015 while her husband, Sarathy, died in March this year. Amrutha’s petition claims that on his deathbed, Sarathy confessed that he was in a relationship with Jayalalithaa.

“It was upon the death of Late Ms. J. Jayalalitha that Amrutha came to know through close family relatives – LS Lalitha and Ranjani Ravindranath – that she is in fact the biological daughter of Late Ms. J. Jayalalitha and thus, to ascertain the same, the Petitioners herein are seeking remedy under Article 32 of the Constitution of India for a declaration of the same through an identifiable method to know the maternity i.e., through deoxyribonucleic acid test (hereinafter referred to as DNA Test) which is to be undertaken by any institute of national repute to ascertain and establish the maternity of the Petitioner No.1 (Amrutha),” states the petition.

As per official records, Jayalalithaa is known to have only one sibling, a brother – the late Jayakumar. Curiously, Jayakumar’s daughter Deepa Jayakumar, has refuted the claims being made by Amrutha while other close aides of Jayalalithaa have on earlier occasions asserted that she had no other sibling.

Detailing the circumstances of her birth in her petition, Amrutha says: “It was decided amongst the family members that the birth and adoption of the Petitioner No.1 will be kept as a secret and therefore all of them, viz., Late Mrs. Jayalakshmi, Late Ms. J. Jayalalitha, Late Mrs. Shylaja and her husband Late Mr. Sararthy took a promise in front of God and amongst themselves that they will not disclose the true facts and circumstances of birth of the Petitioner No. 1.”

However, Amrutha goes on to say in her petition that that she had visited Jayalalithaa on several occasions during her lifetime and that the AIADMK chief would always treat her with “motherly affection” and had even had her enrolled as a member of the AIADMK.

Things, according to Amrutha, seem to have taken a sudden turn for the worse when Jayalalithaa was hospitalized last year at Apollo Hospital. During the over 70-day hospitalized, which eventually ended with Jayalalithaa’s demise, Amrutha claims she often tried to meet her ‘mother’ but that she was chased away by the security on Sasikala’s instructions. She also alleges that she was obstructed from paying her last respects to Jayalalithaa at the Rajaji Hall.

In an interview to Junior Vikatan in 2014, Shylaja claimed that she is the third sibling born to Sandhya and Jayaram, with Jayalalithaa being the eldest and Jayakumar the middle child. “I was a three-month-old foetus when my father died. My mother entered films and gave me to art director Damodar Pillai’s son, who raised me,” Shylaja told JV.

According to Shylaja, she lived in Ramanathapuram till the age of five. In the interview to Junior Vikatan, Shylaja had also claimed that Jayalalithaa’s mother, Sandhya, used to meet her twice or thrice a week. “She used to take me out to buy chocolate. She used to make me wear gold and feel happy. She once took me to JC road Shivaji theatre to watch my akka’s (elder sister Jayalalithaa) film.”

However, when quizzed on whether she had any document to prove her story, Shylaja had replied in the negative. She said she had a photograph with her mother Sandhya but it was “somehow lost”. Like Amrutha is doing now, Shylaja had then claimed: “If you take my DNA test you will know (that I am Jayalalithaa’s sister)… When I was 16 years old, my adopted father took me to the Kannada superstar Rajkumar uncle. As soon as he saw me, Rajkumar asked Damodaran, ‘Is this Sandhya’s daughter?’ To that, my father said yes.”