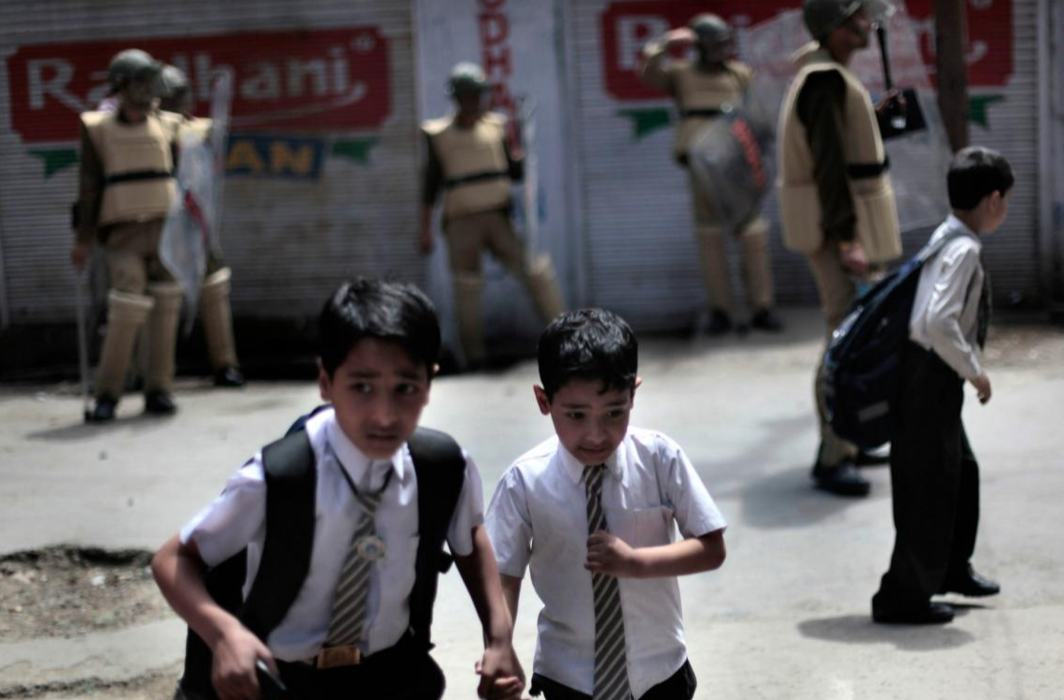 According to the Indian Army, the tension across the border escalated after Pakistani troops pounded multiple locations in Rajouri district on Monday.

The Jammu and Kashmir government was forced to shut more than two dozens of schools along the Line of Control (LoC) as heavy exchange of fire continued between the Indian armed forces and the Pakistani rangers along the Chenab River.

The district administration in Rajouri, Poonch and other adjoining areas close to the LoC also shut nearly a dozen schools, while many other schools along the five-kilometer radius from LoC are also expected to be shut indefinitely.

According to the Indian Army, the tension across the border escalated after Pakistani troops pounded multiple locations in Rajouri district on Monday, following which cross-border firing continued throughout the night.

Stating that the Pakistani forces initiated unprovoked mortar shelling and small-arms fire at various places, Abdul Hakeem Gujar, a resident of Tarkundi Gali in Rajouri district said, “The firing started Monday evening and it is going on even as we speak. At the crack of the dawn, we left our homes again.”

Further stating that his family has been forced to camp at shelter homes on nearly a dozen occasions in the last two months, Gujar said that the escalating tension across the LoC has severely affected the education of his children.

“What kind of life and future can you imagine for your children if you have to leave every time the two countries fight? It’s worse than if there was a continuous war,” said Gujar.

With several educational institutions falling within the five-kilometre radius of the LoC in Rajouri and Poonch, schools have frequently being kept shut from the start of the year due to heavy cross-border firing and shelling in the Jammu region.

According to the state government, the district administrations are forced to keep the schools shut since the residents of the area involuntarily come towards the plains as soon as firing starts.

“We had to close 18 schools in the morning. The intermittent firing and shelling has continued over past few days, but last night it occurred at various locations. We might end up closing more schools by the end of the day,” said Rajouri deputy commissioner Shahid Iqbal Choudhary.

“The most affected areas are Tarkundi Gali, Lambi Bari, Khorinar and Dharand Panjgrian in Rajouri. These areas have borne the brunt of the fresh ceasefire violations,” he added.

The tension at the valley continues despite civilian government led by Chief Minister Mehbooba Mufti, the Opposition National Conference president Dr Farooq Abdullah and the Hurriyat Conference urging the central government to initiate dialogue with Islamabad. According to official figures, at least 17 civilians, five Indian Army soldiers and four BSF personnel, including an assistant sub-inspector, died in January 2018.