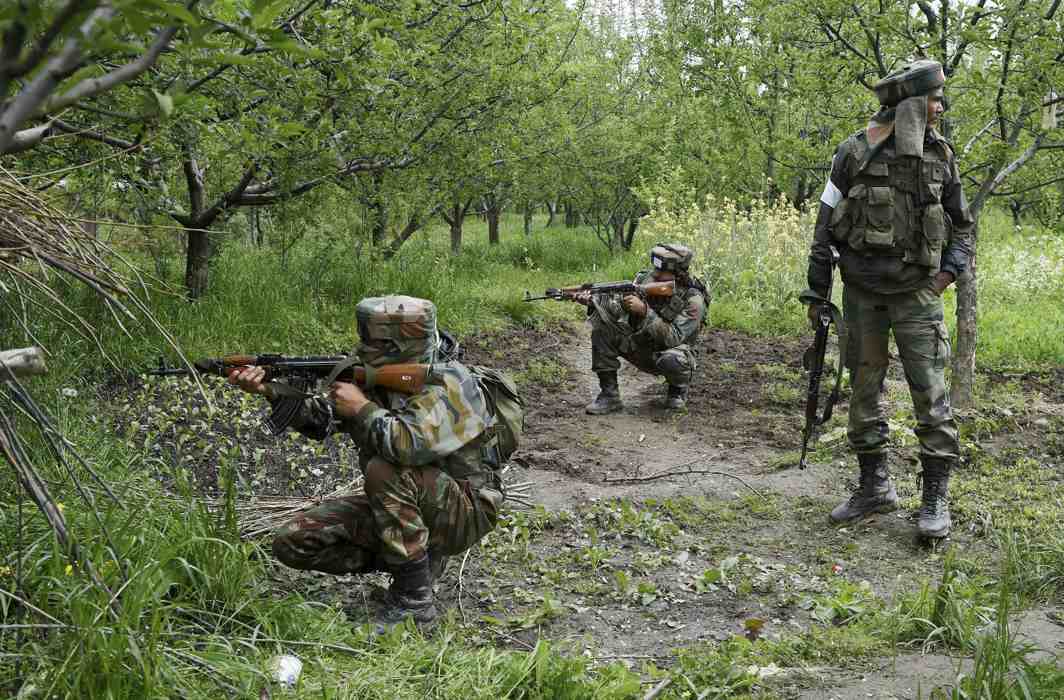 One of the suspected militants killed in the encounter was 18-year-old Farhan Wani, a Kashmiri teen whose father reportedly took to Facebook in November, appealing his son to return home and leave militancy.

Security forces on Tuesday gunned down to suspected militants during an encounter in the Anantnag district of Kashmir valley.

An official of the Indian Army said, “Two militants have been killed so far in an anti-insurgency operation in Larnoo area of Kokernag in Anantnag district.”

According to the Jammu and Kashmir police, a regular cordon and search operation was launched jointly by the military’s Rashtriya Rifles, the Central Reserve Police Force and the police in the forest area of Kokernag in South Kashmir’s Anantnag.

So far 2 Terrorists killed in encounter at Pehlipora Larnoo kukernag . Joint team of Army / CAPF/ J&K Police on the job .

Reportedly the authorities have recovered the body of one militant. Hindustan Times reported that one of the two suspected militants killed in the encounter was 18-year-old Farhan Wani, a Kashmiri teen whose father reportedly took to Facebook in November, appealing his son to return home and leave militancy.

“The path you have chosen will not lead you anywhere other than pain, stress and betrayal,” said Wani’s father in the post on Facebook.

The fresh encounter in Kashmir comes days after Border Security Force (BSF) on January 4 killed an intruder along the International Border in Jammu district. Reportedly, on the same day, the armed force at the border had also destroyed two Pakistani posts in retaliation to an unprovoked Pakistani firing – which claimed the life of one jawan. Reportedly, the Indian troopers’ retaliatory attack came a day after BSF jawan RP Hazra was martyred during an unprovoked cross-border firing by the Pakistani rangers in Samba sector of Jammu. While the attack marks as the first ceasefire violation of the year by the neighboring country, Indian armed force launched retaliatory fire since the violation.

Amid escalating tension along the border in Jammu and Kashmir, the Border Security Force (BSF) on January 5 launched ‘Operation Alert’ along the International Border (IB) in the valley.

Stating that the operation has been launched to curb the increasing attempts of infiltration from across the border, Inspector General of BSF Jammu Frontier, Ram Awatar said, “There are inputs that there is movement of militants and accordingly, we have declared ‘Ops Alert’ on the border.”