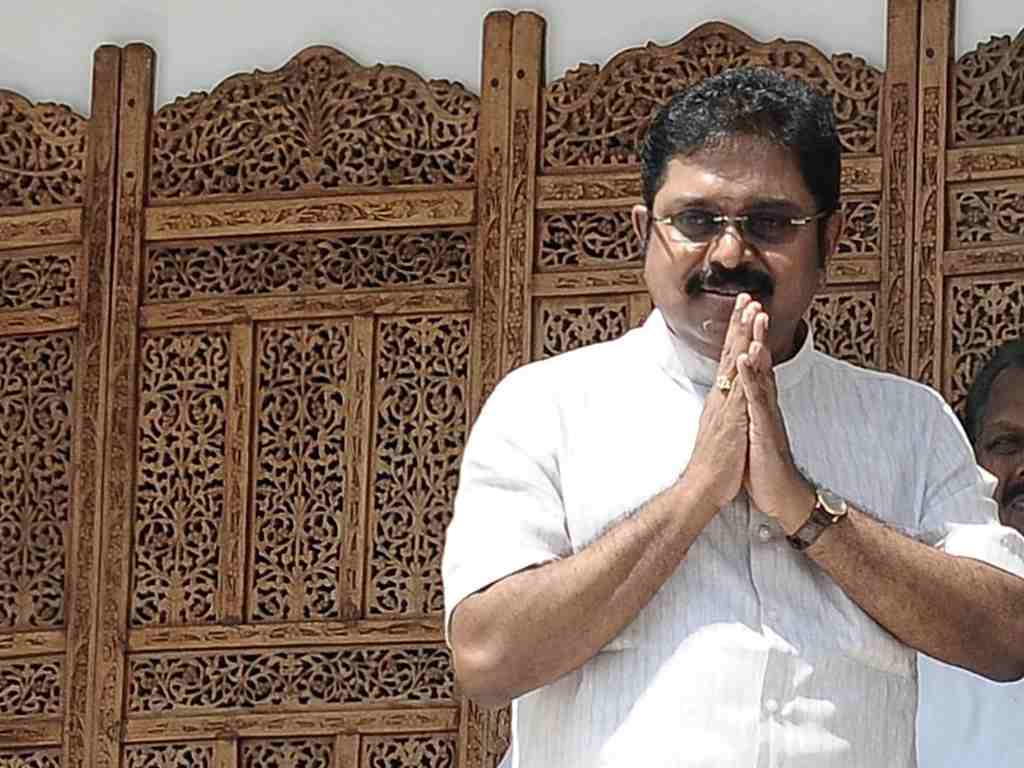 Rebel AIADMK leader T V V Dinakaran on Friday (October 6) received a setback from the Supreme Court when his counsel asked for more time to file documents before the Election Commission (EC) which is hearing rival claims to the party symbol.

The Supreme Court bench of Chief Justice Dipak Misra and Justices AM Khanwilkar and DY Chandrachud refused to give the long time that they wanted, extending the limit from October 31 to November 10 instead.

His counsel had contended that time was required to cross-examine some of the people who were earlier with Dinakaran but later went back on their commitments. The counsel pleaded: “They filed affidavit of 10,000 pages in 124 volumes. At least the court has to give us time to file the reply.”

The case about the AIADMK symbol is before the Election Commission. That hearing also commenced on Friday and concludes on October 31.

On Friday senior advocate Mukul Rohatgi said: “The order was passed on September 15. They are late because of dispute within their party. The pParty symbol was frozen six months ago. A PIL has been filed at the Madurai bench of the Madras High Court relating to this. At that time they didn’t respond. There are a total of one lakh affidavits filed. And they said we will examine everyone.

“The EC have authority under Representation of People Act to decide the right of one person or party to other person or party.  The EC should sent the letter to us.”

Dhinakaran has been embroiled in a tug of war – seen essential for his political survival in Tamil Nadu – with chief minister Edappadi Palaniswami and his deputy, O Panneerselvam, to reclaim the leadership of AIADMK.

The AIADMK factions led by Panaliswami (EPS) and Panneerselvam (OPS) had recently united to keep Dhinakaran and his aunt – convicted party general secretary VK Sasikala, who is currently out of a Bengaluru prison on bail – from taking over the command of the state’s ruling party.

The EPS-OPS coalition had even announced the expulsion of Sasikala and Dhinakaran from the party. However, Dhinakaran has continued to assert that he is still AIADMK deputy general secretary and enjoys the support of 18 party MLAs who have resolved to move a no-trust motion against EPS in the Tamil Nadu Assembly soon.