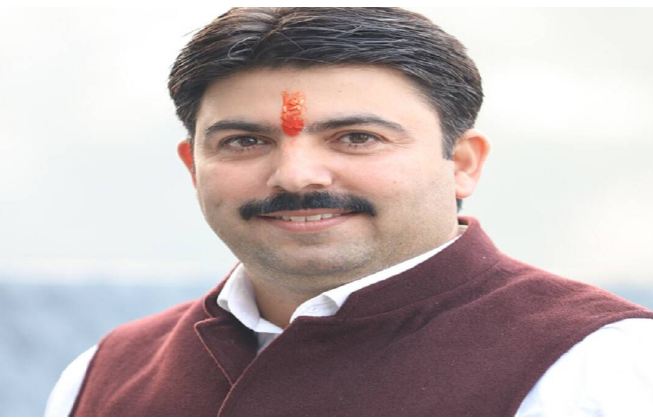 After 10-wicket defeat by the hands of arch-rival Pakistan in the T20 World Cup on Sunday at Dubai, the Uttar Pradesh Chief Minister Yogi Adityanath’s advisor Shalabh Mani Tripathi, has seen a Muslim conspiracy in the India-Pakistan game.

Targeting the Indian Muslims, Tripathi tweeted that even RAW and IB could not find such traitors, as easily as a cricket match could find without making efforts. His tweet comes after India lost to Pakistan by 10 wickets.

As soon as Pakistan broke the record of not winning a single match in the ICC World Cup, the Indian fans took the team on target while others started hurling abuses at Indian pacer Mohammed Shami.

Several users on social media abused Mohammed Shami calling him a traitor, a Pakistani, and even worse. Apart from the abusive wave of trolls against the Indian pacer, there were some tweeple who took the side of Shami and said that Mohammad Shami is being abused after India lost to Pakistan and asked the Hindu players to stand up for their Muslim teammates.

Tweeple also saw India’s performance jinxed (aka panauti) because of the presence of some heavyweights at the Dubai International Stadium, everyone knows who they are?

Pakistan captain Babar Azam and wicket-keeper batsman Mohammad Rizwan made an unbeaten partnership of 152 runs and broke the jinx of not winning a single match in the ICC World Cup. Shaheen Shah Afridi with the ball destroyed the top- notch- Rohit Sharma (0), KL Rahul (3), and Indian captain Virat Kohli (57)- of Indian cricket team.

India has frozen bilateral cricket ties with Pakistan ever since the Mumbai terror attacks in which hundreds lost their lives.

In the winter of 2012, Pakistan did tour India for a short white-ball series but the two teams have only met in either ICC events or the Asia Cup tournaments.