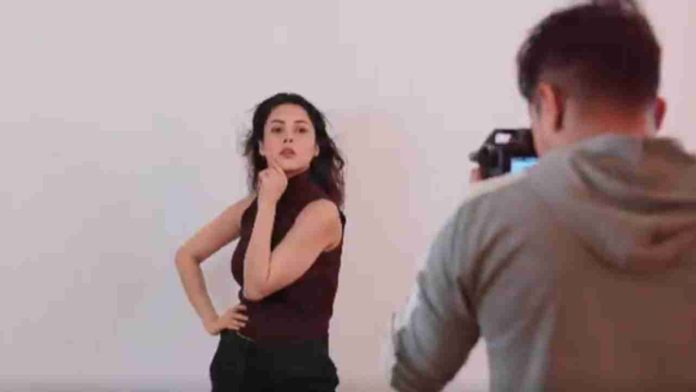 Punjabi actor-singer Shehnaaz Gill is known for her bubbly personality. However, on Wednesday, Shehnaaz sent the internet into a meltdown after she shared her scintillating pictures from her latest photoshoot.

The pictures shared by the Honsla Rakh actor on Instagram are shot by Bollywood’s ace photographer Dabboo Ratnani.

Shehnaaz Gill raises the oomph quotient in her new pictures

In the latest pictures, Shehnaaz can be seen in a black midi gown with green frills on it. The gown has a sheer neckline and pleated pattern. The actor completed her look with a pair of green emerald earrings and a ring. And her perfect bun hairdo is the show stopper.

These pictures of Shehnaaz have surely raised the oomph quotient and set a new bar.

Shehnaaz Gill is gradually getting back to social media after the sudden demise of her boyfriend Sidharth Shukla on September 2. The Bigg Boss 13 winner succumbed to a cardiac arrest and left his fans in a state of shock.

Recently, Shehnaaz Gill uploaded her conversation with BK Shivani on YouTube. During her conversation, she remembered the late actor and opened up about her mental journey. She reminisced the good moments spent with Siddharth and said that life and death are a part of life. At some point, everyone loses their close ones. She further encouraged her fans to cherish the memories of those who have passed away.

As Shehnaaz Gill turns 28, here is a snippet of her body transformation.
Read more
Bollywood news