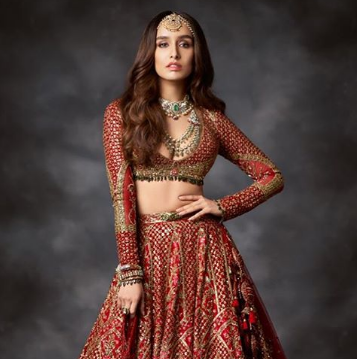 Bollywood actor Shraddha Kapoor is set to feature as a Naagin (serpent) in an upcoming trilogy to be helmed by Vishal Furia and backed by actor-producer Nikhil Dwivedi. The three- film series titled Nagin is being described as a love story.

Kapoor was beyond excited to be a part of the trilogy that will star her as the shape-shifting serpent. The actor said she always wanted to play the iconic role immortalised by late veteran actor Sridevi. Mentioning the veteran’s films like Nagina and Nigaahen, Kapoor told she had grown up watching and admiring her and always wanted to do something similar on the big screen.It is like playing an iconic character, which has always been so fascinating for the audience, she added.

“It’s an absolute delight for me to play a naagin on screen. I have grown up watching, admiring and idolising Sridevi ma’am’s Nagina and Nigahen and always wanted to play a similar role rooted in Indian traditional folklore. It’s like playing an iconic character, which has always been so fascinating for the audience,”

Indian cinema and television has often shown an affinity for the traditional folklore of Naagin. Besides Sridevi, many other veteran actors like Vyjayanthimala, Rekha, Reena Roy in the past have played the iconic character. And now, Kapoor is stepping into a role as a new-age Naagin.

Talking about the film’s director Vishal Furia, he is known for his Marathi horror drama Lapachhapi. He is currently working on its Hindi remake titled Chhori.

It is being reported that the makers have planned to mount the film with some very exciting VFX and special effects.The project will be bankrolled by Dwivedi under the banner Saffron Broadcast & Media Ltd. The makers are yet to decide when the film will go on floors and the release date is yet to be announced.

Meanwhile, Kapoor was last seen on screen in Baaghi 3 with Tiger Shroff. She will be seen next in Luv Ranjan’s film with Ranbir Kapoor.