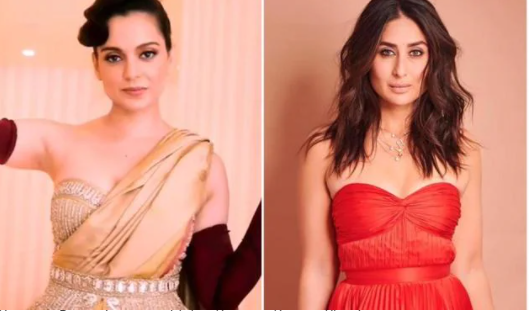 Actor Kangana Ranaut is all set to play the role of Goddess Sita in her upcoming movie called  Sita: The Incarnation. The movie is based on the mythological character from the epic Ramayana. The film will be directed by  Alaukik Desai and written by KV Vijayendra Prasad. Reports said the makers will release the film in five languages.

Ranaut has confirmed the news of playing the character in the movie by unveiling a movie poster on her official Instagram handles on Tuesday. The actor captioned the poster which said that she is glad to be on board for the title role with an immensely talented team of artists.

Movie producer Saloni Sharma in a statement said, as a woman, she is more than happy welcoming Kangana Ranaut onboard. She said Kangana symbolizes the spirit and essence of women in India.

Meanwhile, Kangana’s recent movie Thalaivii has been released in cinema halls on September 10, which has received 2 stars rating out of 5.

Currently, the actor is working on her next project that includes Dhaakad and Tejas. She is also directing Aparajita Ayodhya, a film that is based on Ayodhya’s verdict.

On other hand, actor Kareena Kapoor Khan is working on her upcoming movie Laal Singh Chadha. an official remake of Forest Gump. Mr. perfectionist Aamir Khan will be seen in the lead role with Kareena. The movie is expected to release somewhere near Christmas this year.