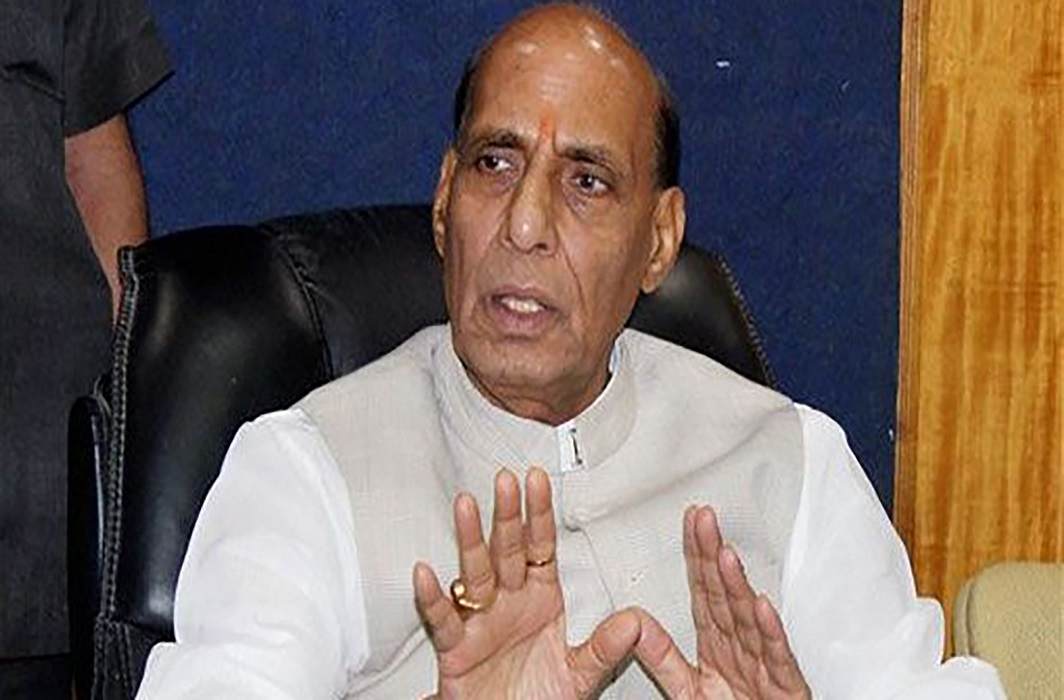 I want to convey a message to all neighbouring countries that India wants peace, said Singh

Amid the rift between India and China over Doklam stand-off, Home Minister Rajnath Singh on Monday said that soon there will be a solution to the issue and hoped that Beijing would initiate a dialogue in this regard. “There is a deadlock in Doklam. I hope that this is broken soon, I am hopeful that China will initiate a dialogue soon.”

Speaking at the pipping ceremony of Indo Tibetan Border Police (ITBP) in New Delhi, Singh said, he wanted to convey a message to all neighboring countries that India wanted peace. However, he made it clear that Indian security forces were capable of defending the country’s territories. “Our security forces have all the power to protect Indian borders.”

He further stated that “in life, one can change friends, but one can’t change neighbours and therefore good relations with neighbours is very important.”

These statements by Home Minister came a few days after a scuffle broke out between Indian and Chinese troops at Pangong lake in Ladakh sector.

Two weeks ago, External Affairs Minister Sushma Swaraj also said, “We have a strong army but war cannot be a solution to any problem and added, “Wisdom is to resolve issues diplomatically.”

Expressing its support to India, Japanese ambassador to India Kenji Hiramatsu said, that no country  should use unilateral forces to alter the status of Doklam. He added, “As far as India’s role is concerned, we understand that India is involved in this incident based on bilateral agreements with Bhutan.” Notably, US has urged India and China to have a direct dialogue to resolve the issue diplomatically.

At present, ITBP guards the 4,057km long Sino-Indian border from Jammu and Kashmir to Arunachal Pradesh. China and India have been engaged in a standoff in the Dokalam  for over 60 days after a Chinese Army’s construction party attempted to build a road.

China claimed it was constructing the road within their territory and has been demanding an immediate pullout of the Indian troops from the disputed Dokalam plateau.

Bhutan says Dokalam belongs to it, but China claims it to be its territory. China has been ramping up the rhetoric against India over the last few weeks demanding immediate withdrawal of Indian troops from Doklam.