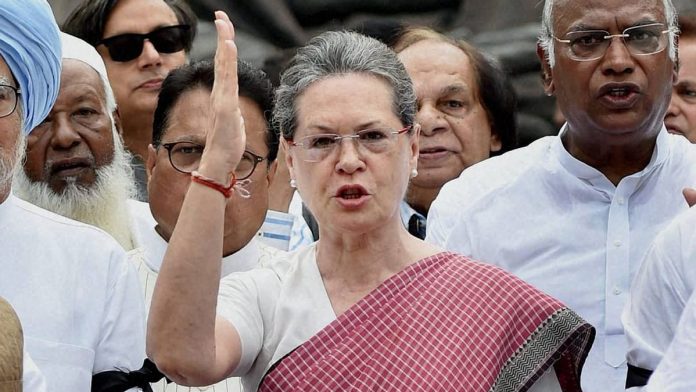 Congress president Sonia Gandhi on Monday asked governments in states ruled by the party to consider bringing new laws under Article 254(2) of the Constitution to override the Narendra Modi government’s new farm laws, which have triggered massive protests across the country, especially in Punjab and Haryana.

The Congress president has asked Congress-ruled states to explore the possibilities to pass laws in their states under Article 254(2) of the Constitution which allows state legislature to pass laws to override a Central law which has got Presidential assent, senior Congress leader KC Venugopal tweeted.

The protests against the Centre’s contentious farm laws intensified as farmers’ organisations and political parties continued their agitation. The state law that Sonia Gandhi has referenced says that in a matter concerning a concurrent subject, if a state legislature passes a law which is repugnant to the parliament law, and if the state law gets the assent of the President, it will apply in the state.

Punjab, one of the few states at the core of the farmer protests, is ruled by the Congress. The farm bills are now legislation with President Ram Nath Kovind signing off on them last night.

The government says the new laws will make it easier for farmers to sell their crops directly to big buyers. It will reform an outdated system and remove middlemen from the equation, allowing farmers to sell to institutional buyers and large retailers. Prime Minister Modi himself told farmers that MSP will not be tinkered with and blamed the farmers’ unrest on the Congress.

The opposition argues that farmers will lose their bargaining power if retailers have greater control over them. The parties also claim the proposed laws will destroy wholesale markets which ensure fair and timely payments to farmers and hit state economy.

The National Democratic Alliance has already lost one key ally, the Shiromani Akali Dal. The party quit the NDA over the farm laws with Harsimrat Kaur Badal resigning her cabinet post.