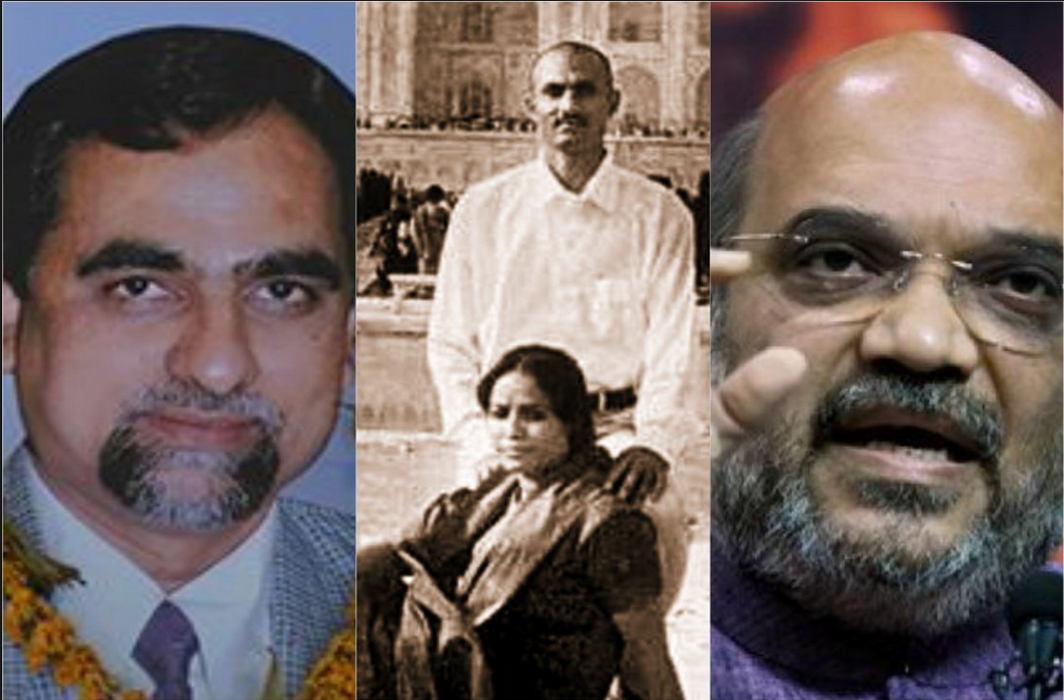 There is no merit in plea for a probe in Judge BH Loya’s death and it was an attempt to scandalise judiciary, ruled the Supreme Court on Thursday, April 19.

The Supreme Court bench of Chief Justice Dipak Misra and Justices AM Khanwilkar and DY Chandrachud said that the petitions were a “veiled attempt to launch a frontal attack on the independence of the judiciary” and that “there is no reason to doubt the statements of sitting Judge.”

The bench also said that the “petitioners’ conduct prima-facie constitutes criminal contempt,” but the court “would spare them of any contempt action.”

The bench said that the death was due to natural causes, that there is “absolutely no merit” in the public interest litigation (PIL) petitions alleging foul play in his death and there will be no probe.

Also, “Documents placed on record and their scrutiny establishes that Judge Loya’s death was due to ‘natural cause’.”

Records say that Judge Loya – the special CBI judge overseeing the investigation of the Sohrabuddin Sheikh fake encounter case in which BJP president Amit Shah was an accused – died of cardiac arrest in Nagpur in 2014. Shah was discharged from the case by Judge Loya’s successor in office.

Controversy over Judge Loya’s death arose following a report in Caravan magazine, which quoted his sister and father suggesting foul play and cover-up in the incident.

The Bombay Lawyers’ Association subsequently moved the Bombay High Court, seeking a probe in the matter. PILs were filed in the Supreme Court. The apex court transferred the petitions in Bombay HC to itself and heard all of them together.

CJI Dipak Misra referred to the Caravan report, mentioning Loya’s conversation with his wife. He said: “An attempt was made to scandalize this case.” He also referred to the evolution of the public interest litigation and how the PIL was misused, “which is a serious issue to look into.”

He said: “It is the duty of the court to look into the fact (as to) which PIL is genuine and which one is filed under the facade of political activity.”

The SC said PILs, which were meant to provide succour to the downtrodden and voiceless, have become a means to settle political and personal scores. It said the judiciary is unnecessarily being made to spend precious time looking into such PILs which leads to delay in giving justice in other cases.

The top court said the petitioners’ advocates Dushyant Dave, Indira Jaising and Prashant Bhushan launched a frontal attack on the judiciary by urging the SC to disbelieve the three judicial officers who accompanied Loya to Nagpur and stayed with him at a guest house, and who later said the judge died of a heart attack.

Justice Chandrachud observed that the petitioners used the Supreme Court and their PILs as platforms to malign the Bombay High Court judiciary and the judicial officers who were with Judge Loya at the time of his death. At one point, the petitioners even wanted to “cross-examine” the judges who were with Judge Loya on their statements that said he died of a cardiac arrest.

The judgment said the PILs were a “serious attack on the judiciary” and an attempt to “seriously scandalise” judges.

Claims by petitioners that “one man” (Amit Shah) was controlling the judiciary was nothing but an attempt to undermine public faith in the judiciary and credibility of judicial process, the judgment said.

Justice Chandrachud said the petitioners should not use the courts to settle political scores. “Political rivalries should be settled in that great hall of democracy… Rule of law should not be reduced to a charade,” he observed.

The apex court said the petitioners’ claims and aspersions amounted to criminal contempt. But Justice Chandrachud said the court did not want to initiate contempt proceedings as judicial process should not be respected out of fear of contempt, but it is to be based on moral authority.

The court dismissed the Loya PILs, holding that there was no reasonable suspicion to show that Judge Loya’s death was unnatural.

A triumphant BJP attacked the Congress, calling it the “invisible” hand behind the petitions and accusing it of trying to use the judiciary for “character assassination” of its BJP president Amit Shah.

Patra noted that the Congress had held press conferences and its president Rahul Gandhi led a delegation of Opposition parties to the President seeking a probe. Patra said Gandhi should “apologise” and be ashamed” for his ”conspiracy” to target Shah and the Indian judiciary and democracy.

Patra tweeted, “The highest Court of the country throws out of window the lowest attempt to politicise the unfortunate heart attack of a Judge! No doubts on the veracity of the statements of the 4 judges, says the SC! While truth triumphs Rahul Gandhi loses face #SCslamsCongressOnLoya”

The Congress said that the Supreme Court judgment will raise more questions and leave many of them unanswered unless logical reasons were found in it.

“Dispassionate analysis of Loya judgment must await its full reasoning. But unless logical reasons found in it, it will raise more questions and leave many unanswered,” Congress spokesperson Abhishek Singhvi said on Twitter.

Singhvi said the apex court can remove suspicions only by dealing with them directly.

“Am prepared to accept a) heavy emphasis in SC Loya regarding veracity of accompanying judges b) anguish regarding scandalous arguments (c) initiation of contempt if it arises (d) provided it is accompanied by solid reasons rebutting the 7/8 suspicious circumstances raised. Absent that, above lamentations not enough,” he tweeted.