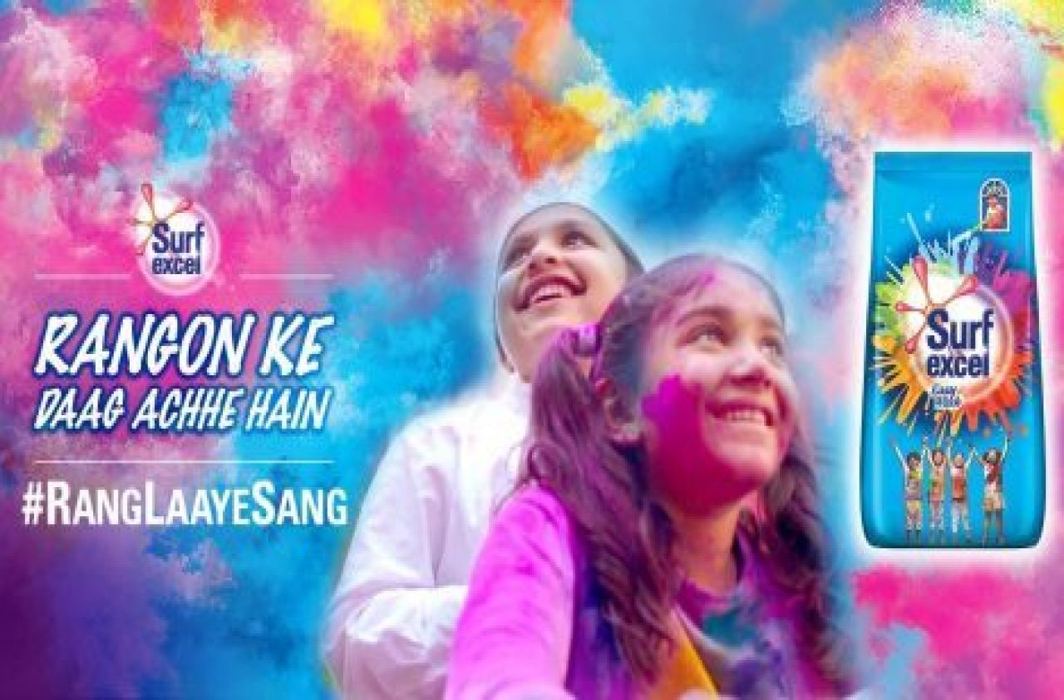 Surf Excel’s is a well known Indian detergent brand known for its heartwarming ‘daag acche hai’ ads. The brand is now facing criticism on its new ad based on Hindu’s festival Hoil. The ad shows Hindu- Muslim harmony, but many appeared divided over the concept. The Hindustan Unilever brand was trolled with the hashtag #BoycottSurfExcel.

This is their second major controversy after their advertisement for Red Label tea shot at Kumbh Mela.

In the ad, a son is seen intentionally leaving behind his old father in the crowd of Kumbh Mela, and then realizing his mistake. After sometimes he comes back to his father and in the end, both are seen sipping Red Label tea on the bank of holy Ganga.

Soon after the Holi ad of Surf Excel was shared on Hindustan Unilever (HUL) Twitter handle, people objected it by saying it hurt sentiments of Hindus and portrayed the festival in bad light.

The girl dressed in white rides on a bicycle along and challenges neighbourhood kids to splash Holi colours on her. It is later revealed that it was in order to protect her Muslim friend who had to go to a nearby mosque for prayers. However, the parting note by the girl ends with a heart warming sentence “baad me rang padhega (will colour you later!)”.

Then comes the famous tagline – “Daag acche hain” (stains are good, especially for a good cause).
Many people praised the ad, released on February 27, for its message of religious harmony. The video has already gathered around 7,740,000 views on YouTube.

On Sunday, the ad trended for the wrong reasons as tweets with the hashtag #BoycottSurfExcel called it “Hindu-phobic” and “controversial”.

Many said it was Hindu phobic, promoting “love jihad” and some even said that it wants to showcase that the Muslim prayer namaz is more important than Hindu festival, Holi.
However, many positive tweets countered the hate spewing.

What an Advertisement ??…. With an Amazing message on #Holi by Surf Excel… My Salute to you ?.
Must watch n Do share … #HappyHoli #India
pic.twitter.com/fMKKrv2oBW

I am buying 2 extra 2 kilo pack of #SurfExcel for reminding us that we are nice people. And live naturally in relative harmony. And, kids know no barriers, until they are taught.
It will last me 6 months. but it is worth it to defeat haters.