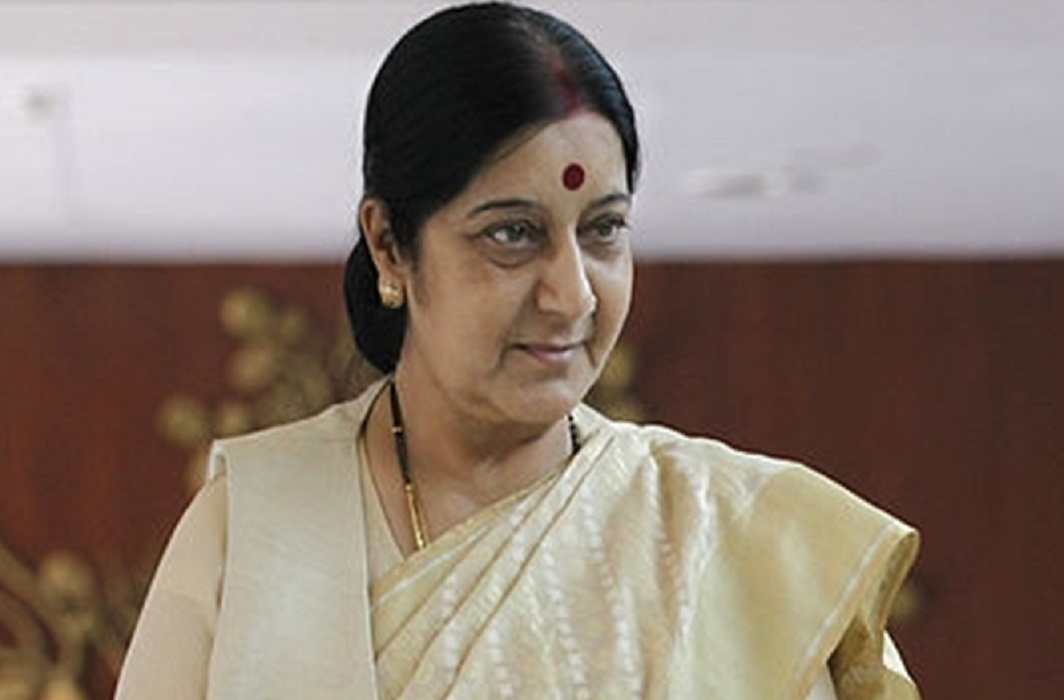 India ready to give medical visa if Aziz so recommends, says minister

Minister for external affairs Sushma Swaraj has criticised her Pakistani counterpart, foreign affairs advisor to Prime Minister Nawaz Sharif  Sartaj Aziz, for not having “the courtesy even to acknowledge” her letter requesting visa for Avantika Jadhav to meet her son Kulbhushan Jadhav in the neighboring country. Kulbhushan is facing death penalty for his alleged espionage activities.

Swaraj’s reaction came after reports appeared in the Pakistani media saying that the Indian High Commission in Islamabad has rejected the medical visa application of a women suffering from cancer for visiting India for the purpose of treatment. In several tweets over the last couple of days, Faiza Tanveer, the patient, had requested Swaraj to intervene in her case. Faiza has also reportedly made a partial payment at a Ghaziabad hospital.

Swaraj said that it’s Aziz’s fault that Pakistanis in need of urgent medical attention are unable to come to India. She assured Pakistanis that India is happy to grant medical visas and hoped that Aziz “has consideration for the nationals of his country”.

She asked Pakistani nationals to get a recommendation from Aziz for visiting India.

But I assure Pakistan nationals seeking medical visa with a recommendation from Mr.Sartaj Aziz, we will issue the visa immediately. /9

We haven't denied visa. You just need a recommendation letter from Advisor Sartaz Aziz to EAM Smt. Sushma Swaraj. Visa will be issued.

India has been contesting Kulbhushan Jadhav’s case in the International Court of Justice at The Hague. Pakistan has repeatedly turned down India’s request for counselor access to Jadhav.