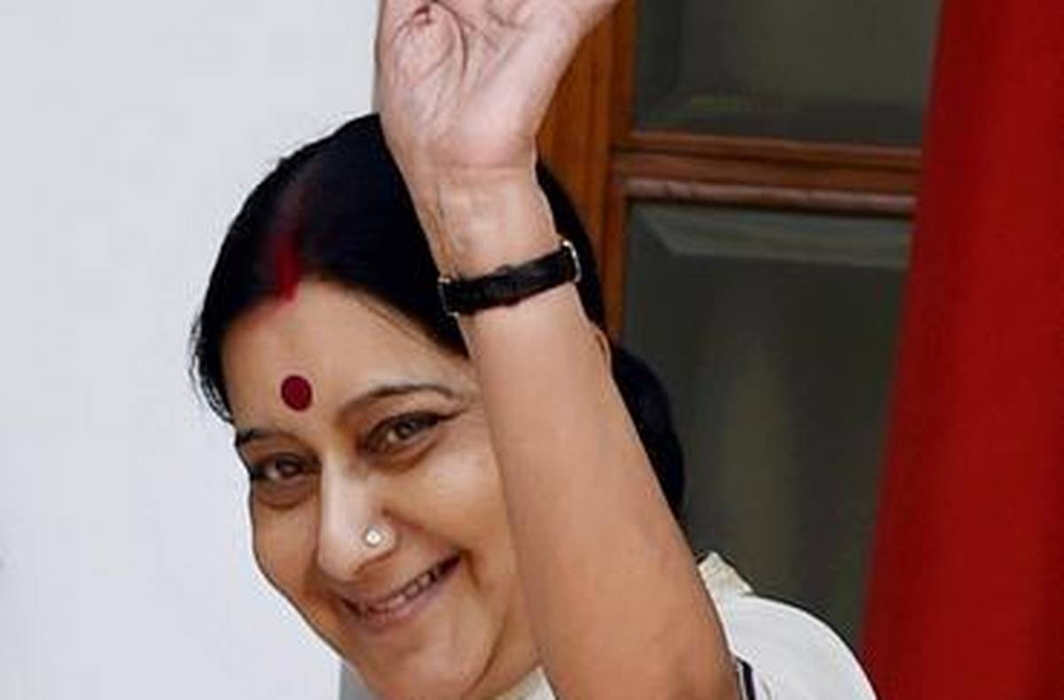 Swaraj was feeling fine till afternoon but around 9.30pm, she suffered a sudden cardiac arrest. She was rushed to AIIMS at 9.45pm. However, Swaraj couldn’t be revived.

Swaraj had health complications arising from diabetes, but was not suffering from any immediate health emergency. She underwent a kidney transplant in 2016 and despite a few spells of hospitalisation, was understood to be getting better.

Sources at AIIMS told ANI that the 67-year-old leader was feeling restless at 9 pm and she was taken to the hospital at around 9:30 pm in an ambulance. A team of doctors tried to revive her for 70 to 80 minutes but failed in their attempt. At 10:50 pm, Sushma Swaraj was declared dead.

Just a couple of hours before the fatal heart attack, Swaraj had expressed her happiness at the removal of special status for Jammu and Kashmir thanking Prime Minister Narendra Modi for making it possible “in her lifetime” to see the event.

Modi paid rich tributes to Swaraj, saying: “A glorious chapter in Indian politics comes to an end. India grieves the demise of a remarkable leader who devoted her life to public service and bettering lives of the poor. Sushma Swaraj Ji was one of her kind, who was a source of inspiration for crores of people.”

BJP president Amit Shah condoled her death and called it an “irreparable” loss. He recalled her role as leader of opposition in Lok Sabha, saying she was a “forceful voice of BJP” in the House. “A powerful orator, she left an indelible mark as a popular leader,” he added.

Swaraj’s long-term colleague and former finance minister Arun Jaitley said he was “saddened, pained and broken on demise of Sushmaji”. “She was one of the most outstanding politicians in the present era. She distinguished in all positions. She leaves behind a void which is difficult to fill,” he added.

Other BJP leaders and those from the opposition expressed shock and grief. President Ram Nath Kovind also offered his condolences.

Delhi Deputy Chief Minister Manish Sisodia said that there will be two days of state mourning, in a tweet. There will be no cultural events during this period in the state. All other govt business and programmes, including the Anganwadi programme at Indira Gandhi Indoor Stadium, will continue as scheduled, according to news agency ANI.

“India has lost a great leader. Sushma ji was a very warm and remarkable person. May her soul rest in peace,” Kejriwal tweeted.

Swaraj who had earned a formidable reputation in helping overseas Indians in distress came across as someone who was the “People’s Foreign Minister”.

Known for her oratorical skills, Swaraj had started her career in politics with Janta Party. Swaraj was elected to the Haryana assembly in 1977 and, at 25 years, became the youngest-ever Cabinet Minister in the Haryana government led by the late Devi Lal.

With a socialist background and initially seen as “a late-comer” to BJP, her rise within the party, considered a party of conservatives, was a testimony to her political acumen, courage and mass appeal.

Swaraj was part of the legal team put together by the Opposition when socialist leader George Fernandes was arrested around the Emergency. Since she and Swaraj Kaushal, who was also involved with the Socialists, were part of the legal team and had to travel to Mumbai together, their law professor and later Chief Justice of India AS Anand suggested that they get married, a story later recounted by her with much relish.

She was seen as a key member of BJP’s Gennext after AB Vajpayee and LK Advani along with leaders like Pramod Mahajan, Arun Jaitley, Ananth Kumar, Venkaiah Naidu and Narendra Modi in the 1990s.

She served in the government variously as minister for Information and Broadcasting, Parliamentary Affairs and Health Minister in the Vajpayee government and also served as Delhi Chief Minister in 1998, a position she lost to Sheila Dikshit who also passed away recently.

In the 1999 Lok Sabha elections, Sushma Swaraj jumped into the electoral fray against Congress president Sonia Gandhi, heading to Bellary in Karnataka. Though she was pitchforked by the BJP at the very last moment to contest against the Congress president, she learnt a smattering of Kannada to connect with the electorate in Bellary, forcing a keen contest.

When the BJP-led NDA lost the 2004 elections — it was the start of the BJP’s decade-long political wilderness — and Congress-led UPA staked claim to form government, Swaraj had raised the political stakes by declaring she would shave her head if “Italy-born” Sonia Gandhi was elected as Prime Minister. It defined her political contest with the Congress leadership.

Swaraj was a very effective orator and she delivered for BJP as leader of opposition in Lok Sabha during UPA-2. She raised the scams that hit the Manmohan Singh government — from Commonwealth Games to coal and 2G — with verve and passion, leading protests that led to the government finally conceding a parliamentary committee on the telecom scam.

Sushma Swaraj became the external affairs minister in 2014 when Narendra Modi’s first cabinet was sworn-in on May 26. Swaraj was the second woman to take charge of the foreign ministry after Indira Gandhi. Her stint as foreign minister saw her bring a popular touch to her assignment in the first Modi government, coming to aid of Indian citizens facing problems abroad. She was known for her prompt response on Twitter to address grievances of overseas Indians.

Swaraj did not contest the 2019 Lok Sabha polls having ruled herself out of electoral politics. Her health and the decision to bid goodbye to the electoral arena were seen to be reasons for her exclusion from the new Modi cabinet that took oath after the BJP repeated its feat of scoring a majority.