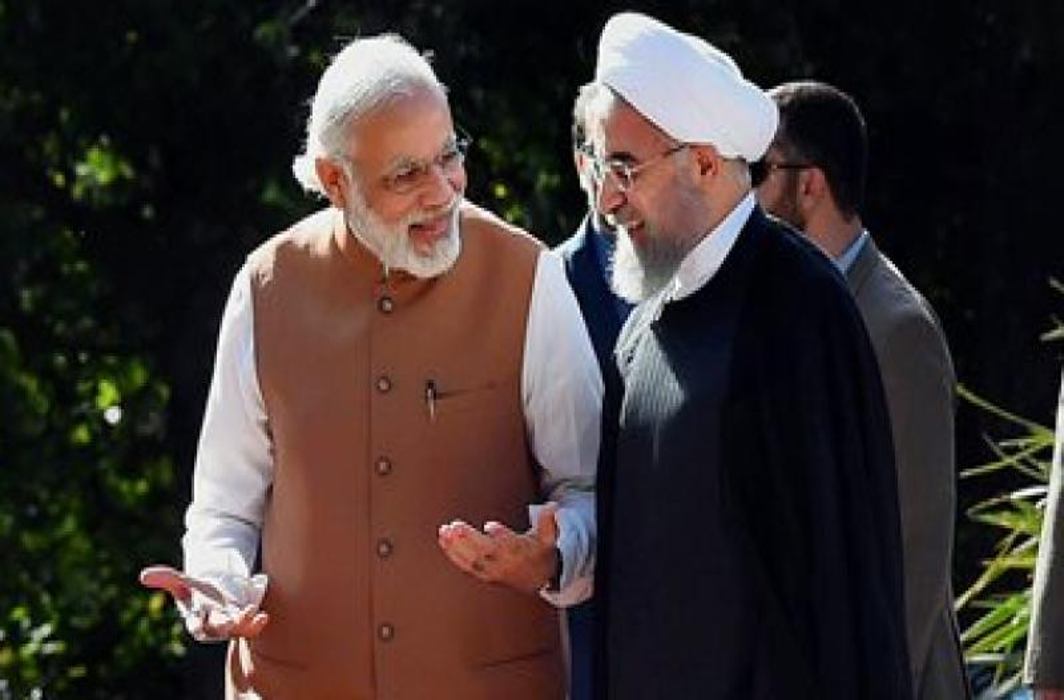 Continuing their bilateral contacts in the backdrop of US pressure to bring Iranian oil export to “zero” by November 4, External Affairs Minister Sushma Swaraj held talks with her Iranian counterpart Javad Zarif in New York on Wednesday and discussed bilateral issues.

According to agency reports, the issues discussed during the meeting held at the sidelines of UN General Assembly, touched upon the bilateral ties and the US’ sanctions against Iran and the status of the deal with European Union.

The meeting was considered important after P4+1 foreign ministers’ meeting with Iran’s top diplomat Javad Zarif when they assured to create an alternate mechanism for making payments for Iran’s exports.

British, French, Russian and Chinese Foreign Ministers along with their German counterpart, who are now being called as P4+1, met with Zarif. They discussed about the possible ways and means to continue their trade and economic cooperation.

Raveesh Kumar, the spokesperson of Ministry of External Affairs told journalists in New York on Wednesday, “On the issue of sanctions, India remains engaged with all stakeholders who are part of the process and Iran is one of them. So, it was natural that the issue of sanctions did come up during the meeting”.

He further said that the two sides shared each others’ position about where they stand at this point of time. “There are developments taking place in different corners of the world,” Kumar said, adding that Zarif shared part of the discussion Iran is having with the European Union on the future of the 2015 nuclear deal, also known as JCPOA.

The Indian official reportedly said, “We heard them out, we also explained our position. It is important to understand that as far as the sanctions on Iran go, we are also engaged with other stakeholders and countries for example the US as well”.

In May, US President Donald Trump  had withdrawn from the Iran nuclear deal signed by the Obama administration in 2015, under which Tehran had agreed to limit its sensitive nuclear activities and allow international inspectors in return for lifting of crippling economic sanctions.

The US adminsitration has told India and other countries to cut oil imports from Iran to “zero” by November 4 or face sanctions. The spokesman of Ministry of External Affairs said that India has been talking to several partners and countries on the issue before the sanctions come into effect in early November this year.

“We are engaged with all countries in this regard. We hope that our positions, sensitivities, concerns, which we have explained to the US, must have been taken into account by them. It’s not only a question of purchasing oil from Iran but it is also a question of relationship”, he said.

MEA spokesman Kumar described the talks between the two foreign ministers as a “good meeting”, saying the two countries share strong civilization bonds and go back a long way.

At present Iran is India’s third-largest oil supplier after Iraq and Saudi Arabia. During the first ten months of 2017-2018 fiscal (between April 2017 and January 2018) Iran supplied 18.4 million tonnes of crude oil.

On May 28 this year, when Iranian foreign minister Javad Zarif was visiting New Dellhi, Sushma Swaraj had emphasised that India does not recognise country specific sanctions saying, “Our foreign policy is not made under pressure from other countries.”