Alleges use of phosphorous bombs in Raqqa

The Syrian government has called UN to halt the US led coalition’s repeated attacks on its civilians during their ongoing operations in Raqqa. The coalition air strikes killed 78 civilians in residential areas of the beleaguered city on Tuesday.   Bashar al-Assad government has also alleged that the coalition was using phosphorous bombs against civilians ,a blatant violation of the UN Charter.

According to SANA, the official news agency, Syria’s Ministry of Foreign Affairs wrote letters to the UN Secretary General Antorio Guterres and President of United Nations Security Council (UNSC) on Wednesday. Damascus has stressed that US-led coalition’s incessant attacks on civilians and infrastructure constitute a blatant violation of the UN Charter and the rule of the International law.

“The warplanes of the US-led coalition added a new crime to their criminal record by targeting civilians and infrastructure in Syria on Tuesday the 22nd of August through shelling the residential neighborhoods in Raqqa, claiming the lives of 78 civilians, injuring tens of others, most of them women and children, and causing huge damage to the local and private properties,” reads the letters.

The letter further said, “The government of the Syrian Arab Republic calls on the Security Council to implement its resolutions on the fight against terrorism, especially Resolution 2253, and to immediately stop the crimes by the coalition against innocent civilians in Syria.”

Syria has also urged the coalition partner countries to withdraw from it and distance from its crimes against humanity.

The London based Syrian Observatory for Human Rights has reported that over 170 civilians, mainly women and children were killed in US air strikes in Raqqa since  the beginning of the week. 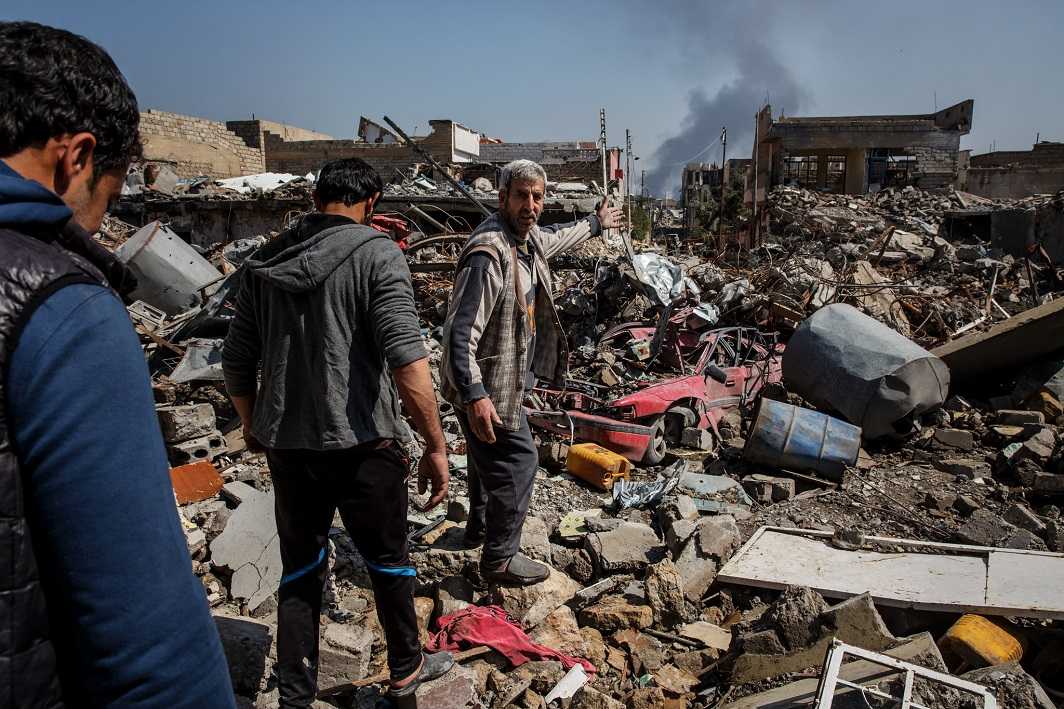 Meanwhile, Donatella Rovera, a Senior Crisis Response Advisor of Amnesty International has also “confirmed that the US operations in Raqqa were greatly endangering civilians.”  She has suggested that, “Things will only get more dangerous as the battle reaches its final stages in the city center. More can and must be done to preserve the lives of civilians trapped in the conflict and to facilitate their safe passage away from the battleground.”

The US-led coalition had launched an operation to push IS out of Raqqa on June 6. The coalition began operations in Syria in September 2014 without any authorization from Damascus government or the UN mandate.

Meanwhile there are reports of mass exodus of civilians from Raqqa while fire coming from all sides. The UN estimates that about 25,000 civilians may remain in the city risking IS sniper fire and mines in the city.

The US led coalition acknowledged on Wednesday of escalation of airstrikes in Raqqa with more aircraft available after pushing IS from Iraqi city of Mosul. However US Defence Secretary Jim Mattis said on Tuesday, “We are the good guys and the innocent people on the battlefield know the difference.”

Raqqa, situated on the northeast bank of Euphrates River, was captured by IS locally known as Daesh terrorists in 2013 and was declared their capital in 2014. The military campaign to free Raqqa was launched in May 2016 in the northern part of the city.

The present Syrian civilian war, which began in 2011, is multi-sided armed conflict, primarily between Bashar al-Assad government, along with its allies and various forces opposing the government. Damascus is being supported by Russia, Iran and Hezbollah of Lebanon while IS and other groups were considered to be supported by elements in Saudi Arabia, Turkey and several other GCC member countries.