Earlier, the Taliban had killed Reuters photojournalist Danish Siddiqui. The group claimed that they were not aware he was an Indian journalist 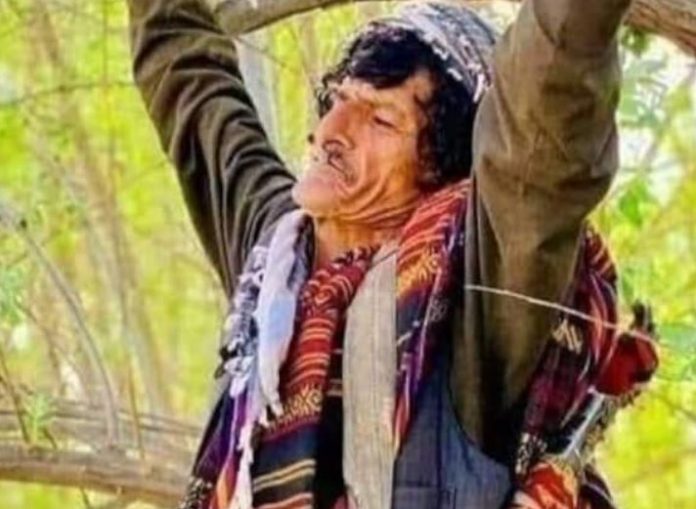 Days after the death of Afghanistan’s comedian Nazar Mohammad, popularly known as Khasha Zwan, the Taliban has denied any involvement in the killing.

According to reports, Zwan, who previously served in the Kandhar Police, was abducted from his home on Thursday and then killed by unidentified gunmen. His family has blamed the radical Islamist group for the killing.

A shocking video had emerged soon after his death, showing Taliban militants slapping and harassing the comedian. It was believed that the extremist group arrested him, their insurgents slapped him several times before executing him.

Ambassador of Afghanistan to Sri Lanka M Ashraf Haidari had condoled the death of the popular comedian and blamed the Taliban. He took to Twitter and stated that the extrajudicial execution by the Taliban has broken the heart of the country. The Afghans will never forgive the Taliban and their state-sponsor, he added.

However, the Taliban has refused to take responsibility for the murder.

The development comes as the Taliban intensified its attack against the Afghan security forces and claimed it has captured nearly 70 percent of Afghanistan. A member of parliament from Kandhar has told India Today that the group has intensified attacks in the entire Kandhar province, families are fleeing and taking shelter in refugee camps set up by the government.

The MP added that they have decided to provide food and medical care for families who have fled for safety at one of the migrant camps near Kandhar.

Earlier, the Taliban had killed Reuters photojournalist Danish Siddiqui. The group claimed that they were not aware he was an Indian journalist. However, the reports suggested that the group killed him because he was Indian and even mutilated his body after killing him.

Later, the Taliban expressed sorrow on killing him, when Danish’s body of work, especially the pictures of funeral pyres during the second wave of coronavirus and Rohingya crisis, was publicised and hailed by all.